Here is what State Senator Katrina Robinson spent your money on, according to the feds

Indictment alleges Sen. Robinson spent hundreds of thousands of dollars on trip to Jamaica, her wedding and then divorce, a cash bonus, Grizzlies tickets, and more 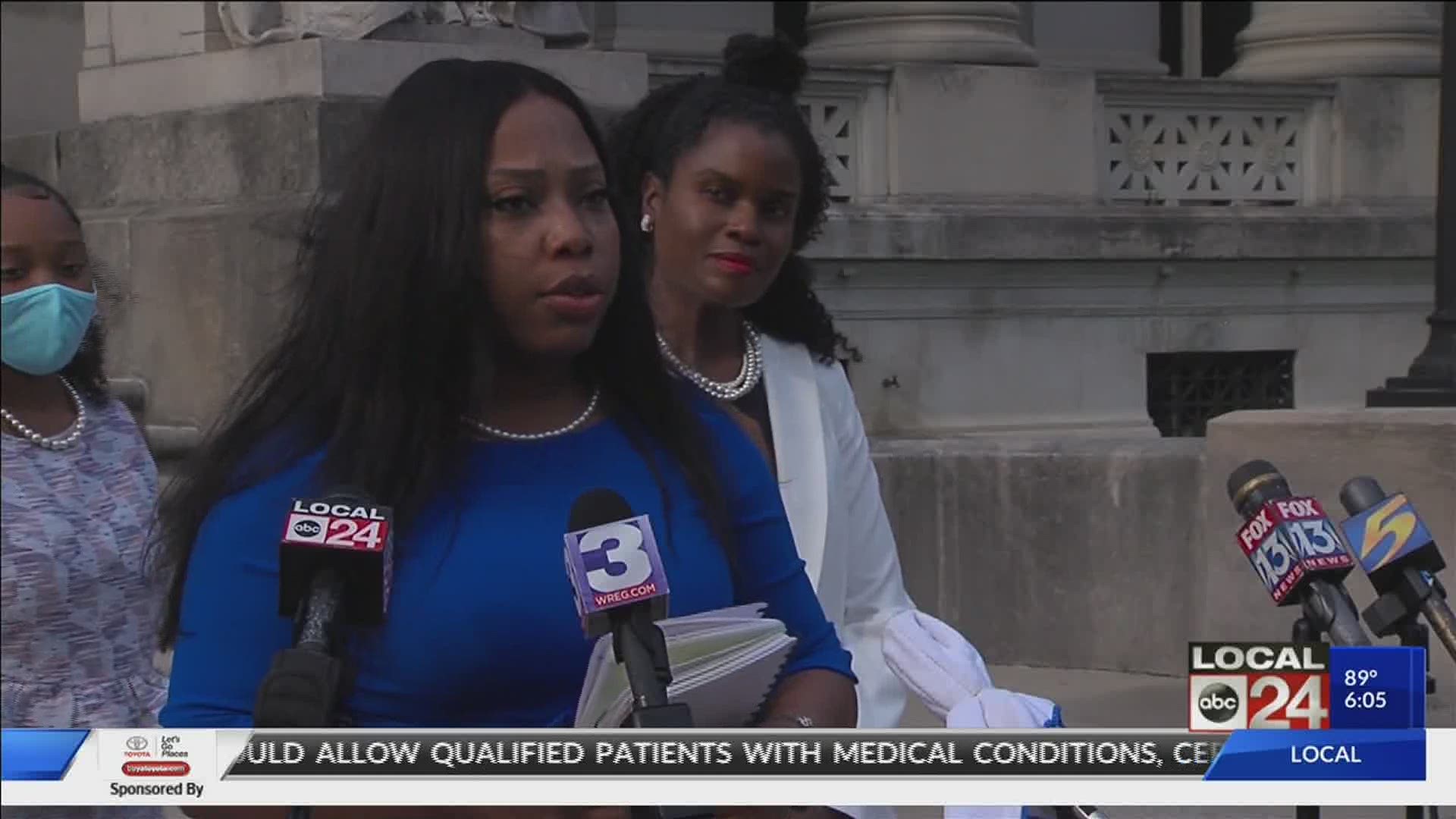 MEMPHIS, Tenn. — A federal grand jury officially handed up an indictment of Tennessee State Senator Katrina Robinson Thursday. It comes just one day after U.S. Attorney Michael Dunavant announced Robinson had been charged with stealing more than $600,000 in federal funds.

Grizzlies tickets, a trip to Jamaica, even a Jeep. You paid for it and a lot more of state Senator Katrina Robinson's purchases, according to the U.S. Attorney's Office. That money that was supposed to be used for the nursing school she runs.

Robinson will appear before a federal judge next week. In addition to her legal troubles, it sounds like she will face a legislative inquiry.

"I ask you give me your thoughts and prayers, your prayers more than anything," said Sen. Robinson.

Wednesday, Robinson made that appeal to her supporters shortly after the charges were announced.

According to the criminal complaint, Robinson stole and embezzled money from the Healthcare Institute, a nursing school she founded. Last February, Local 24 News was there when federal agents raided the school and her home.

On Thursday, July 30, 2020, a federal grand jury in Memphis returned a 48-count indictment against Tennessee State Senator Katrina Robinson, charging her with 24 counts of theft and embezzlement involving government programs, and 24 counts of wire fraud. https://t.co/zkKiupihuJ

They say your tax money paid for:

The complaint says taxpayers paid thousands of dollars for fees associated with her 2016 wedding, including $1,350 for her wedding videographer. About a year later, the feds say she used $14,233 of the grant money to pay legal fees for her divorce.

Robinson's day spa appears to be closed now, but according to the feds, the grant money paid for the construction, remodeling, rent, and utilities.

The complaint says Robinson also used the grant money to give herself a $25,000 bonus and put $54,000 in an individual retirement account.

Taxpayers also paid for state Sen. Katrina Robinson’s Jamaica trip, payment for a Carnival cruise, a $25,000 bonus, wedding and honeymoon expenses and lawyer fees a year later for her divorce.

The grant money was used to buy supplies for her kids’ snow cone business and, according to the complaint, almost $2,300 was spent to hold a state senate campaign event. Robinson’s lawyer called the charges broad and overreaching.

"Sometimes we criminalize activity that may not have criminal intent," said Janika White, Robinson's attorney.

The Senate Democratic Caucus issued a statement on the issue as well.

"It's clear that Sen. Robinson's work in the state legislature on behalf of her constituents is not in question here today. Just like every other American, Sen. Robinson deserves the presumption of innocence and due process under the law. Her case should be resolved by a court of law, not by the court of public opinion."

We have ONE week of Early Voting left! If 2020 has taught us nothing else, it has taught us the importance of electing good leaders. GO VOTE! Mask up, keep your distance from others and wash your hands but, by all… https://t.co/ic0TKPR6aG

RELATED: Charges against St. Sen. Katrina Robinson are a matter of public trust