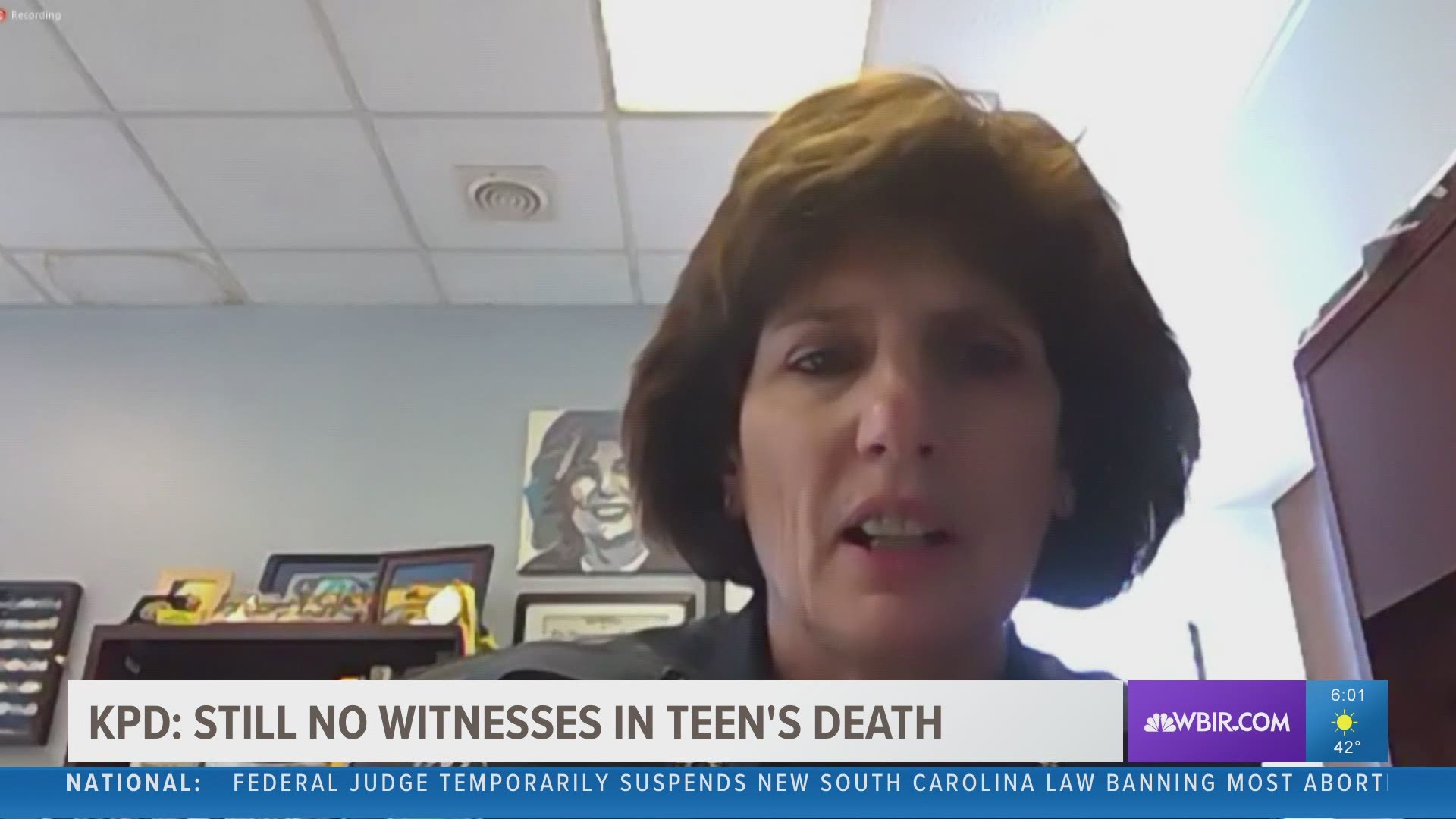 While investigators are making progress in the cases, she said the department still needs the community to help provide tips.

"We do feel we are making significant progress in those cases," Thomas said. "We really need the community's help in this area."

KPD does not believe the two shootings are connected at this time.

"I can tell you that at this point in those investigations, our detectives have not found any evidence to suggest there is any correlation between those two cases," Thomas said.

"I share their grief, and this grief is affecting our whole city. We are a community in crisis and this violence has to stop," Mayor Indya Kincannon said.

While Austin-East High School has moved to virtual learning for the remainder of the week, the additional student resource officers deployed by KPD are using this week to become acclimated to the area as patrols increase.

"Our efforts are to make sure that there is not a risk to students," Thomas said.

As the investigation into the shooting deaths of two Knoxville teenagers continues, Mayor Kincannon reiterated the city is working with organizations to decrease gun violence across the city.

"We have to stop the violence to protect our kids, they're scared," Kincannon said.

Kincannon and Thomas also acknowledged that between the updates regarding the teen shootings in Knoxville, there was yet another shooting in the city.

Authorities did conduct an arrest in that case.

Knoxville police arrested Paul Foutner, 30, and charged him with attempted murder, which critically wounded a woman in North Knoxville Wednesday.

He was taken into custody Wednesday night following the shooting on North Central Street near Atlantic Avenue.