I texted my adult daughters "I love you": Kroger mass shooting victims explain their time in fear

ICU nurse Sara Wiles and Kroger employee Jean Prost recount what they thought would be their last moment to live. 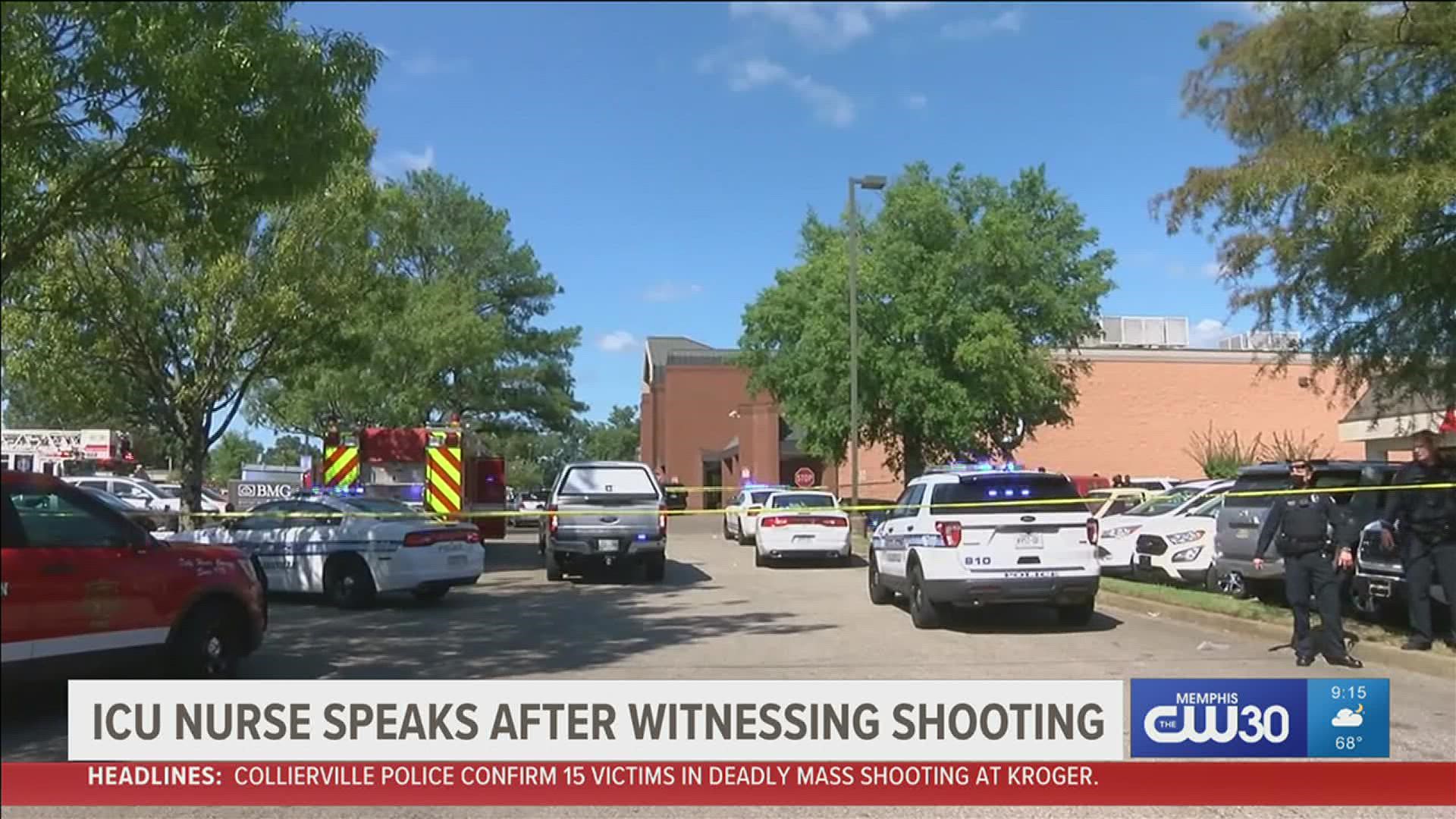 MEMPHIS, Tenn. — Four minutes, that's all it took for law enforcement to come to the rescue of victims hiding out in Kroger Thursday afternoon.

However, as the sound of gunshots got closer to those taking cover inside, it seemed like a lifetime.

“I just wanted my family to know that I love them and they're the ones I was thinking of if things could’ve gone worse for me,” said customer Sara Wilder.

“It was horrifying, in the beginning, I wasn’t (okay) I wasn’t. By the time I got to my daughter’s I couldn’t even think of my daughter’s name,” said Kroger employee Jean Prost.

Sara Wiles and Jean Prost both thought they would die in the Collierville Kroger mass shooting.

However, initially, they thought the sound of gunfire was balloons bursting.

“I’m thinking she sure is blowing up, popping a lot of balloons,” said Prost.

That's when Sara said she realized she was in an active shooter situation, with no way of escaping.

“From my perspective it was nothing, you heard the gunshots and there was nothing. You could hear a pin drop it was so quiet,” said Wiles.

While trying to find her way out, unaware of where the shooter was, she and two other customers hid behind an open door using a storage cart filled with boxes to barricade themselves in.

“Somewhere in my mind, it said get behind the metal door because if they’re still shooting it will hit the metal instead of you," said Wiles.

Meanwhile, as an employee, Prost knew the layout of the store and exited through a side door hiding behind the building.

Minutes later, police officers approached Prost as she tried to signal them to where the shooter was.

“I was just saying over there, in there. By then it was hundreds of them there,” said Prost.

Wiles, on the other hand, was still inside hiding. That's where she flagged down an officer who escorted her outside.

There, she found other victims who had been shot.

“Just offered to do what I could, I just tried triage patients,” said Wiles.

Wiles said she is an ICU nurse and wanted to help in any way she could.

Happy to make it home safely, now she said she has some survivor's guilt knowing some people were not so fortunate.

“But my heart breaks for the thirteen victims and the one that died. Because something as mundane as going to work or going to pick up groceries with irrevocably change their lives,” said Wiles.