"Act of expression to say 'enough is enough'" | Local historians and activists react to vandalism at Graceland, Levitt Shell and the "I Love Memphis" 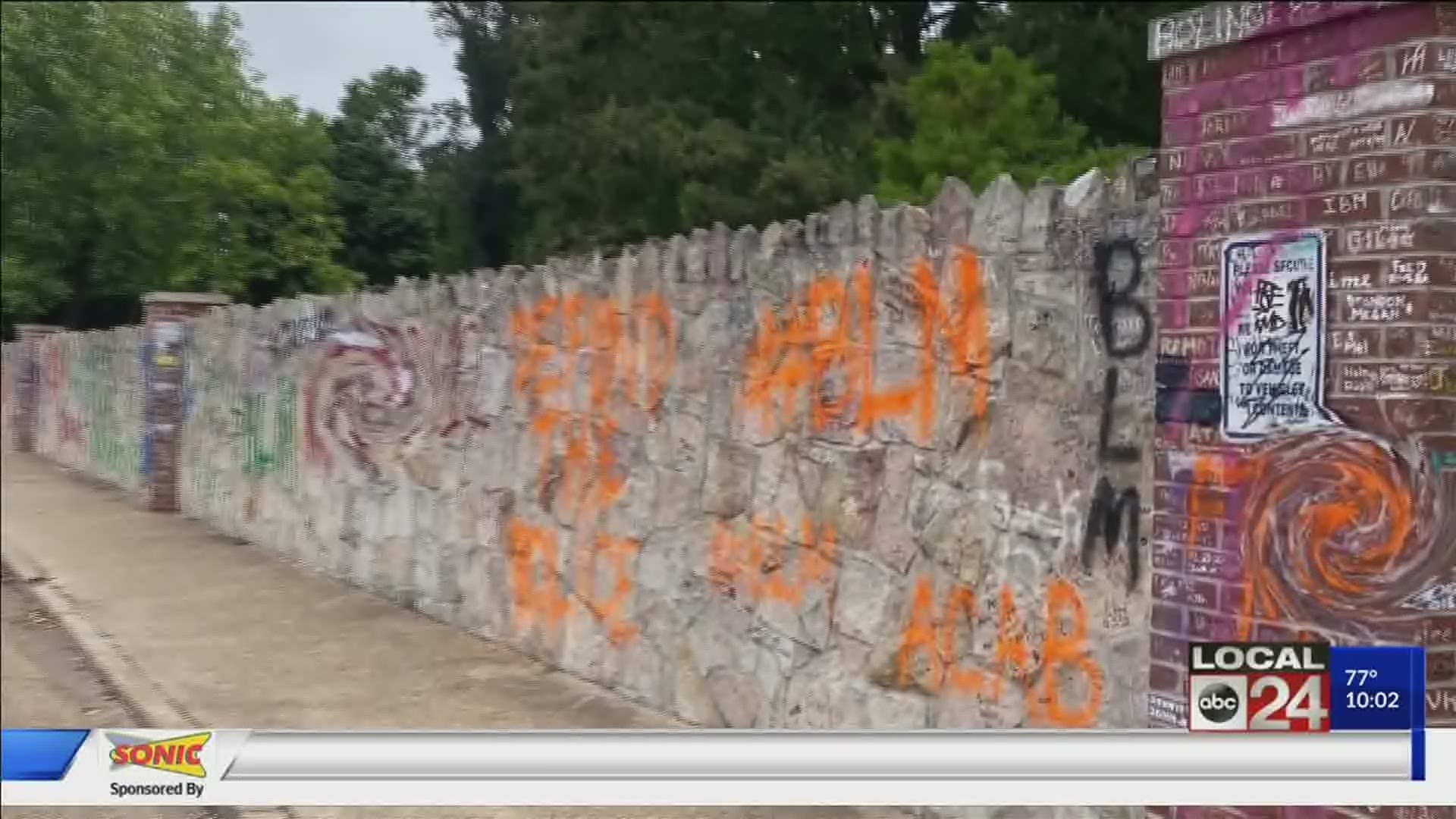 MEMPHIS, Tenn. — The Levitt Shell, Graceland, and the "I Love Memphis" mural are some of the most iconic locations in Memphis because of their high profile. These locations were vandalized overnight on Tuesday with graffiti saying "BLM," "defund the police," and "arrest Breonna Taylor's murderers," among other things.

MPD has not yet reported who committed the vandalism at any three of the locations.

The Black Lives Matter chapter in Memphis said this was not an act of its organization.

Community activist and historian Dr. Carnita Atwater said the graffiti at these locations was "strategic." She does not condone any sort of vandalism but said this was an "act of expression to say, 'enough is enough.'"

"I think it’s unfortunate someone would destroy a property," Atwater said. "I think we need to get past that and look at the true narrative of why."

The Black Lives Matter movement has grown tremendously since its inception in 2007. However, it has faced a backlash from critics when they see vandalism or rioting.

"I think this should not be a distraction because this is bigger than graffiti," Atwater said.

Tonight- hear from local activists and historians about what this incident means for the #BlackLivesMatter movement. @LocalMemphis https://t.co/T5l16fU1mu

Civil rights activist and historian Elaine Turner has fought since the 60s for equal rights. She does not want a moment like this to take away from what the movement has accomplished.

"There will be some negativism that will be injected into a movement that has been positive," Turner said.

Both Turner and Atwater agreed that infiltrators into the movement can seemingly cause harm to the true message. Atwater said the locations of the graffiti were on purpose so the people doing it could make their message louder.

"It was strategic," Atwater said. "They went where they knew it was going to matter."

Turner said this moment does not shed a dim light on the Black Lives Matter movement because the bigger issue is the problems black people face in their own communities.

"We need to keep a positive focus as to what Black Lives Matter” is all about," Turner said.