Vallow and her defense team claim that Wood's conduct violated her rights to a free and fair trial. He has denied the allegations. 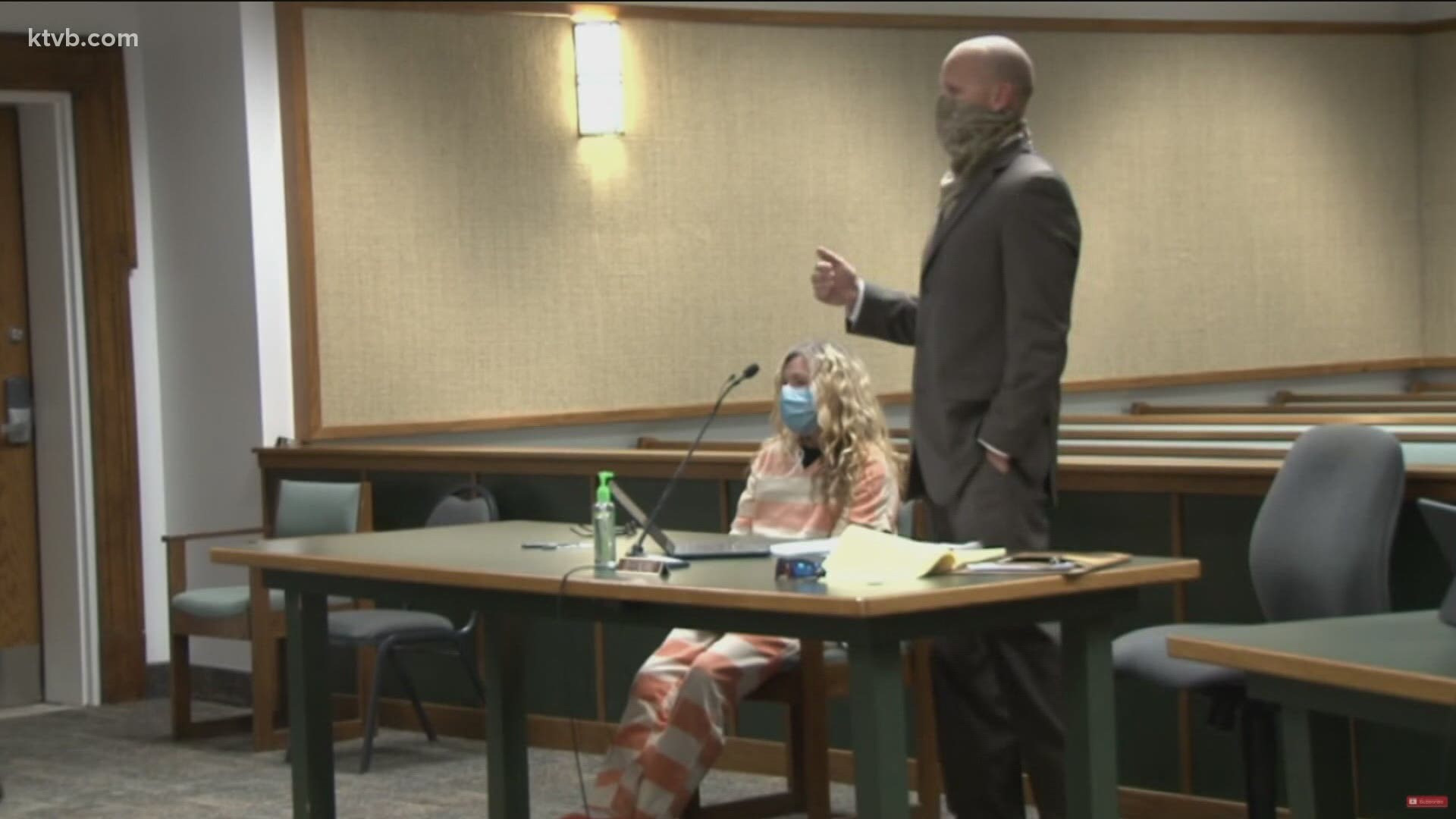 BOISE, Idaho — Lori Vallow, the Idaho mother of deceased children Tylee Ryan and JJ Vallow who were found buried on her husband's property in eastern Idaho, filed a motion to disqualify the prosecuting attorney and to extend the time the defense has to review newly acquired evidence.

According to court documents, Vallow's attorney Mark Means accuses special counsel Robert Wood of trying to coerce, coach and/or intimidate Vallow's biological sister, Summer Shiflett, during a phone call back in October. Means also claims that Wood talked to another witness, Zulema Pastenes, at about the same time about the state's position on the case.

"This misconduct further supports Defendant's motion to extend time to dismiss to allow the Defense to amend its motion and present the newly acquired additional evidence, that was not included in any of the State's discovery responses, including but limited to the most recent discovery responses provided the Defense," Means wrote.

Vallow and her defense team claim that Wood's conduct violated her rights to a free and fair trial, he violated the Idaho Rules of Professional Conduct and the ABA rules, and he is now a material witness to the case, among other allegations.

The motion, if granted by a judge, would disqualify Wood as the prosecutor, make him a material witness, allow subpoenas for audio copies of the phone calls, waive all fees and costs for filing the motion, and submit the audio recording as evidence.

On Wednesday, Wood filed an affidavit in response to Vallow's motion to dismiss him. He denied the allegations and said both Shiflett and Pastenes had their attorney present during the interviews. He added that the interviews were "introductory in nature and not investigative."

"At no time during or after our meeting did [attorney Garrett] Smith raise an objection or concern that I had coerced, unduly influenced, coached, intimidated, or instructed a witness how to respond to any questions," Wood said in the affidavit. "Recordings provided by the Defense were recorded without my knowledge or consent and do not include the entirety of the conversations among me, Mr. Smith, Mrs. Shiflett, and Ms. Pastenas, and as such appear at some level to be incomplete and/or possibly edited."

The remains of Vallow's two children, 7-year-old JJ Vallow and 16-year-old Tylee Ryan were unearthed on Daybell's property in June.

The combined trial for Daybell and Vallow is set for July 12 at 9 a.m.