The shooting happened around 2 am Monday when he was leaving for work. 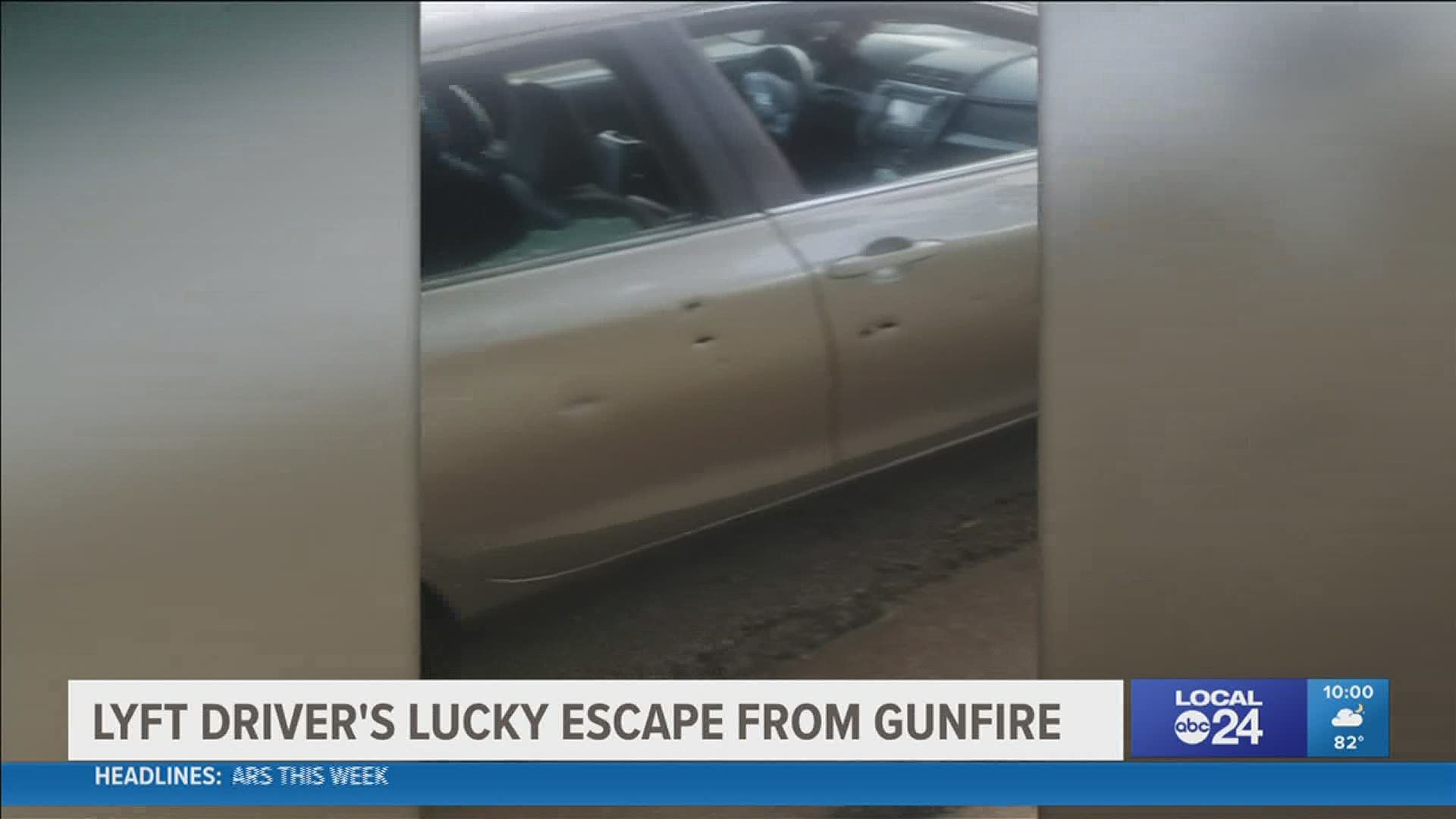 MEMPHIS, Tenn. — A Lyft driver is lucky to be alive after a dozen shots were fired at his car while he was leaving his Hickory Hill apartment for work. Luckily, not a single bullet hit him as they came through the passenger side.

The shooting happened around 2 am Monday outside The Park at Hollyford Apartments on Country Oaks Circle. The apartment complex said it's adding 24/7 security and has spoken with MPD about recent shootings near their buildings.

The driver, who wished to remain anonymous for his safety, is now without a car, a job, and the security of his own home.

"It’s the worst if you’re at home and it’s supposed to where you’re comfortable at and supposed to be your safe haven," the victim said. "Every night they’re shooting right outside your window."

He has reported to his landlord several times about shootings happening five to six night a week. The victim believes the shooting was random, but he never expected to be in the crossfire.

"I’m not in nobody’s eyesight that I should die a violent death like that just for simply getting out to make ends meet," the victim said.

He hopes no one else is faced with a scary life or death situation like his.

"I’m just worrying about what’s in front of me right now which is trying to figure out who tried to kill me," the victim said.

MPD does not have any suspects yet. If you have any information, you are urged to call Crimestoppers at 901-528-CASH.

A Lyft driver is lucky to be alive after his car was shot dozens of times.

It happened on his way to work around 2am Monday.

Miraculously, NOT ONE bullet hit him.

Bullets hit the passenger side, tires, and back windshield. @LocalMemphis pic.twitter.com/fQ6dxnuXyB