(SHELBY COUNTY D.A. NEWS RELEASE) – A 52-year-old man on trial for raping an 11-year-old girl changed his plea to guilty Tuesday after his wife testified ... 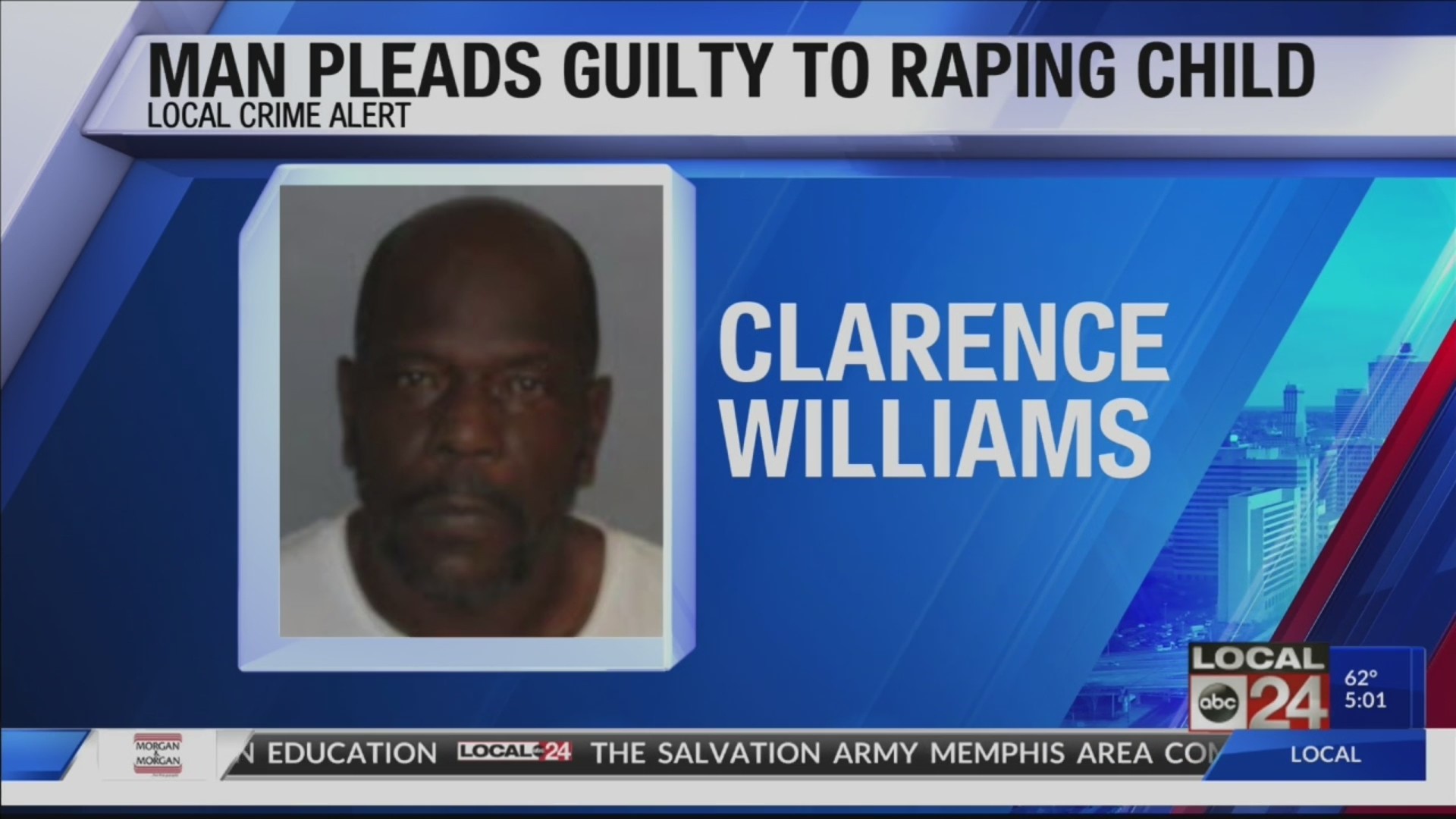 (SHELBY COUNTY D.A. NEWS RELEASE) – A 52-year-old man on trial forraping an 11-year-old girl changed his plea to guilty Tuesday after his wifetestified against him and the victim was about to take the stand, said ShelbyCounty Dist. Atty. Gen. Amy Weirich.

Defendant Clarence Williams pled guilty as charged to rape of achild and aggravated sexual battery, and was sentenced to 25 years in prisonwithout parole by Criminal Court Judge Lee Coffee.

The charges stemmed from incidents that occurred in 2016 at a homenear Crump Boulevard and Interstate 55. The girl said Williams sexuallyassaulted her in a bedroom and that he previously had touched herinappropriately on numerous occasions.

The case was handled by Asst. Dist. Attys. Dru Carpenter andAlyssa Hennig of the DA’s Special Victims Unit which prosecutes cases of childsexual abuse and severe physical abuse of child victims; rape and aggravatedrape of adult victims, and abuse of elderly and vulnerable adults.