The suspects were last seen westbound on Whitaker in a black Infinity with tinted windows and a drive out tag. 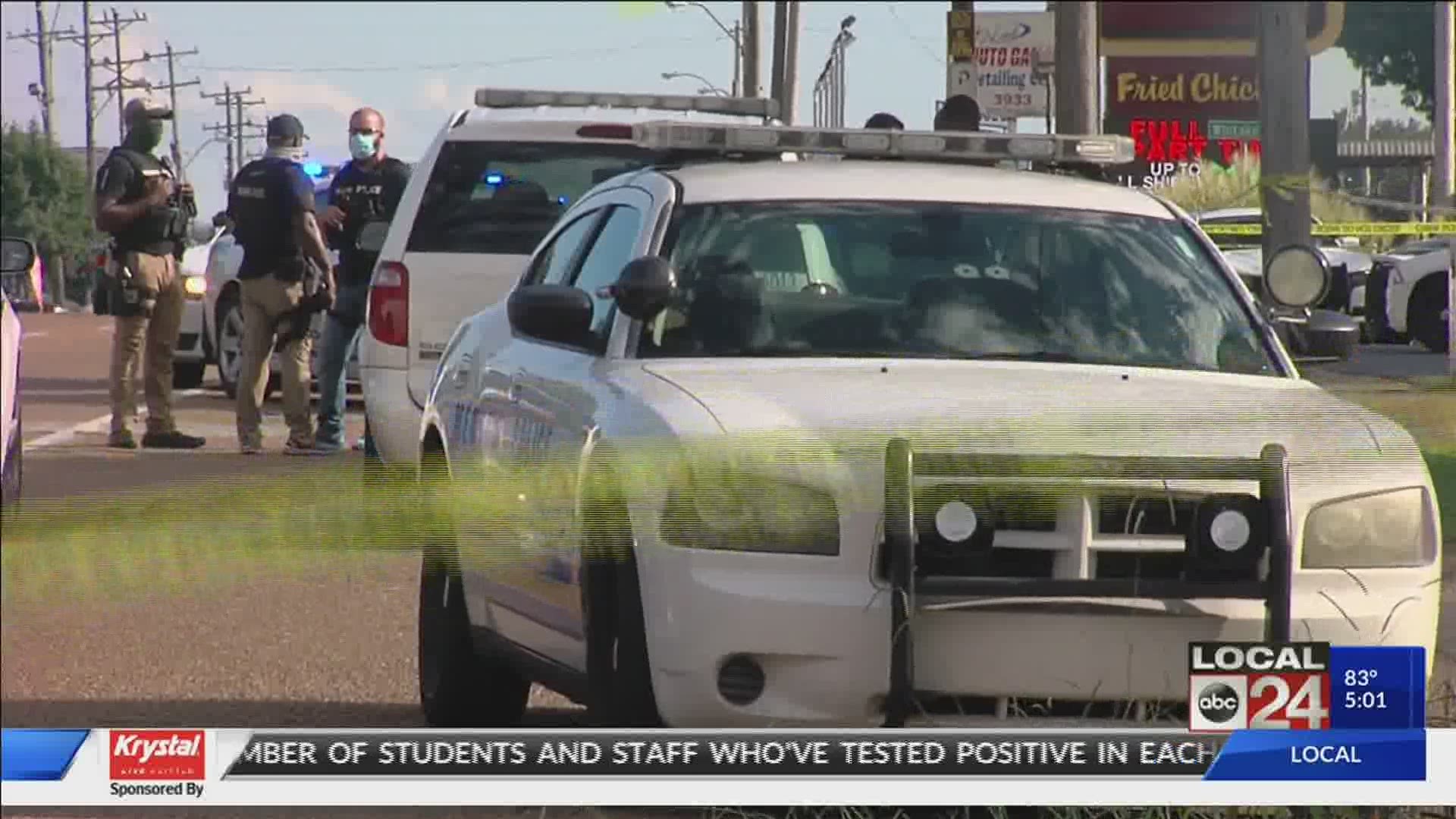 Rise & grind. Everyday is an opportunity to make yourself better.

There is no playbook for this pandemic yet for the epidemic of poverty & inequity that plagues our neighborhoods & community, athletics is one vehicle of change that gives our youth hope for something more. #994L pic.twitter.com/720TVx3nPO

Robinson was a senior on the team, and we're told he had just finished virtual learning for the day and stopped at the gas station on his way to a football conditioning session.

The search continues for the shooter(s). Anyone with information can call Crime Stoppers at 901-528-CASH.

The Shelby County School Board issued the following statement:

"When our students, families, and employees grieve, we grieve alongside them. To stand beside a family in pain and simply offer condolences is heartbreaking because we cannot take the hurt away. Furthermore, it’s unsettling to witness others push personal opinions following incidents like the tragic passing of a Whitehaven High School student-athlete. Connecting an act of gun violence with the District’s decision to delay fall sports and prioritize the health and safety of students and staff is absolutely deplorable.    The large number of children affected by gun violence is an issue that impacts our entire city and county. As a Board and District, we work tirelessly to intervene and support students in need. We also partner with local organizations to combat violence in our neighborhoods. While we cannot control everything that happens in our community, we diligently strive to holistically support every child.    Any instance when the life of a precious child is taken, we take it PERSONALLY. With poverty, crime and violence plaguing our communities, we implore every resident to take what is happening PERSONALLY. Now is the time to come together seeking solutions to eradicate violence in Memphis and across the nation. Rather than casting blame, let us stand alongside our families with the determination and power to actualize change."

Official School Board Statement: Addressing the Epidemic of Violence in Memphis pic.twitter.com/Fn7pyE2jWb

Praying for Coach Saulsberry & The Haven fb family! 🙏🏾
I know 1st hand how important these young boys are to him...to so many - hs coaches are their only example & sports are their only hope to a better life/free education. Demetrius was a good kid! His family is in my prayers! https://t.co/TaEERbNXwe

We lost more than a teammate today, we lost a brother, someone who could light up the room in the darkest of hours, May you Rest In Peace🕊 and I dedicate my season to #99🖤🖤🖤

Can’t get you off my mind lil brother! Rest In Peace 💔 pic.twitter.com/uTOnVXmWAr 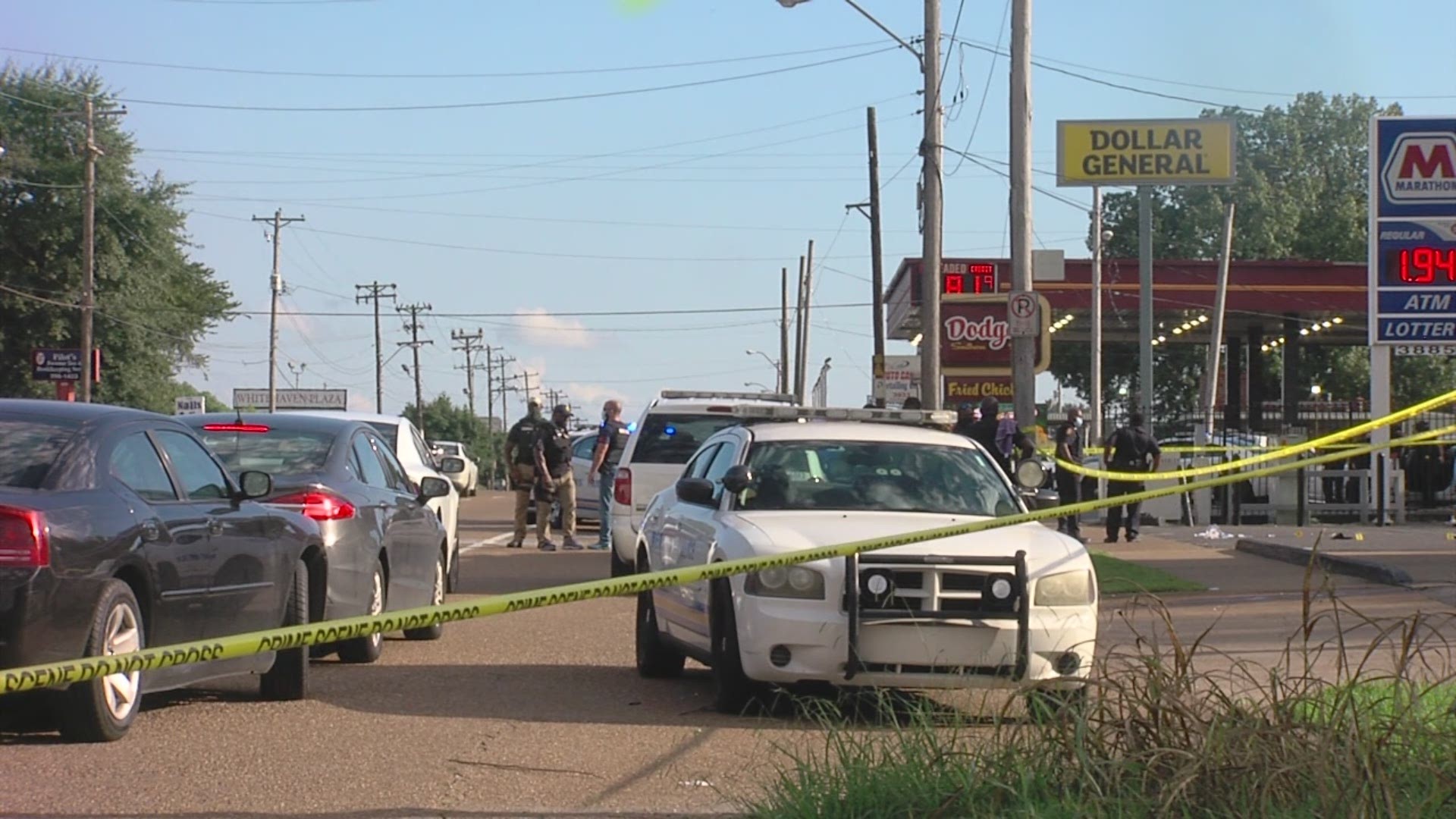 9/3/2020 - Memphis police are searching for whoever shot and killed a man at a Whitehaven gas station Thursday afternoon.

The shooting happened around 4:00 p.m. at a gas station on Elvis Presley Blvd. near Timothy Drive – not far from Graceland.

Officers say the victim died at the scene.

Police say the suspects were last seen westbound on Whitaker in a black Infinity with tinted windows and a drive out tag.

Anyone with information is asked to call Crime Stoppers at (901) 528-CASH.

Officers are on the scene of a shooting at 3885 Elvis Presley. One male has been pronounced deceased on the scene. The suspects responsible were described as two male Blacks, last seen westbound on Whitaker, occupying a black Infinity with tinted windows and a drive out tag.