According to the GBI, 50-year-old William "Roddie" Bryan Jr. was jailed on felony murder and criminal attempt to commit false imprisonment. 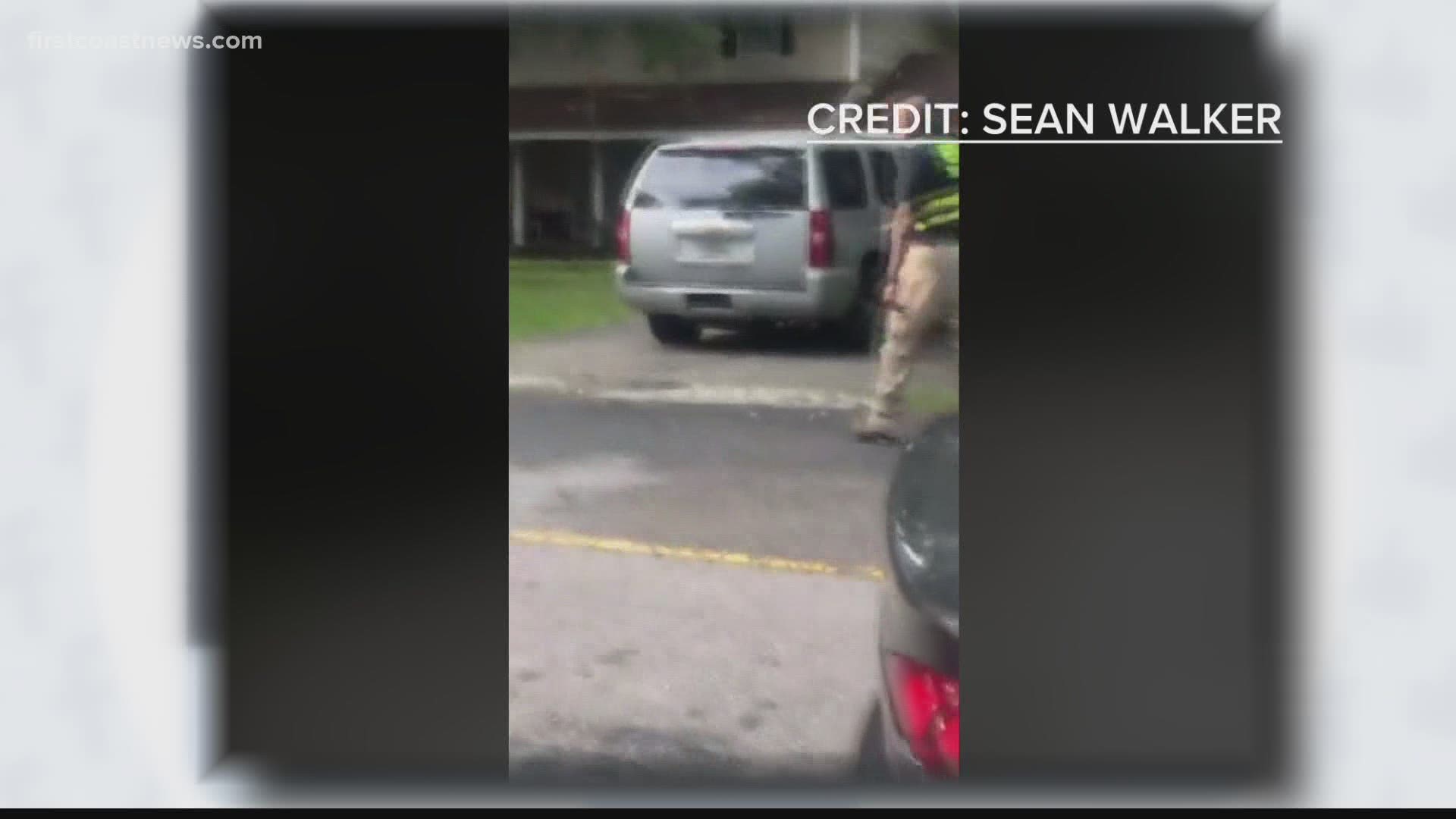 BRUNSWICK, Ga. — The man who reportedly filmed the fatal shooting of 25-year-old Ahmaud Arbery was arrested and charged with murder, according to the Georgia Bureau of Investigation.

According to the GBI, 50-year-old William "Roddie" Bryan Jr. was jailed on felony murder and criminal attempt to commit false imprisonment.

The GBI said these charges stem from Arbery's killing on Feb. 23.

Bryan was booked into the Glynn County Jail.

S. Lee Merritt, Benjamin Crump and L. Chris Stewart, the attorneys for Arbery's parents, released the following statement on behalf of the family:

"The family of Ahmaud Arbery was relieved to learn that the Georgia Bureau of Investigation has today taken William 'Roddie' Bryan into custody. We called for his arrest from the very beginning of this process. His involvement in the murder of Mr. Arbery was obvious to us, to many around the country and after their thorough investigation, it was clear to the GBI as well.  The family of Mr. Arbery is thankful for the diligence of the GBI and they way in which they tirelessly pursued the evidence in this case. We want anyone who participated in the murder of Mr. Arbery to be held accountable."

Credit: First Coast News
William "Roddie" Bryan, the man who took the video of Ahmaud Arbery's shooting death, was arrested and charged with murder Thursday, according to the GBI.

More than two months went by before suspected killers Travis McMichael and his father Greg McMichael were arrested.

Since his death, Videos and 911 calls released show the confrontation that ended Arbery’s life.

Arbery was chased for four minutes before he was killed.

Several angles show what happened in Satilla Shores, the neighborhood where  Arbery was killed. It all starts moments after video shows Arbery walking into a home under construction.

Accused shooter Travis McMichael and his father Greg told police they thought he was burglarizing the house.

Surveillance video from across the street shows a neighbor calling 911. Police records show the first call came in at 1:08 pm.

Video shows Arbery inside the home for a few minutes. The homeowner says nothing was stolen from the property.

The police report states that Greg McMichael and Travis McMichael followed Arbery down Burford Drive and attempted to cut Arbery off.

The report says Arbery turned around and ran back in the other direction.

William “Roddy” Bryan, who lives on Burford Drive, tried to block him in and was unsuccessful, the report says.

It’s unclear what happened between this point and when Bryan started recording the video showing Arbery’s death.

In the video, you can see Arbery running down Holmes Road.

On video, you see some of the gunshots that killed Arbery.

You can also hear them on the recordings of the 911 call.

The second 911 call came seven minutes after the first one, where a neighbor spotted Arbery inside the construction site.

RELATED: Breaking down the timeline of Ahmaud Arbery shooting on Feb. 23