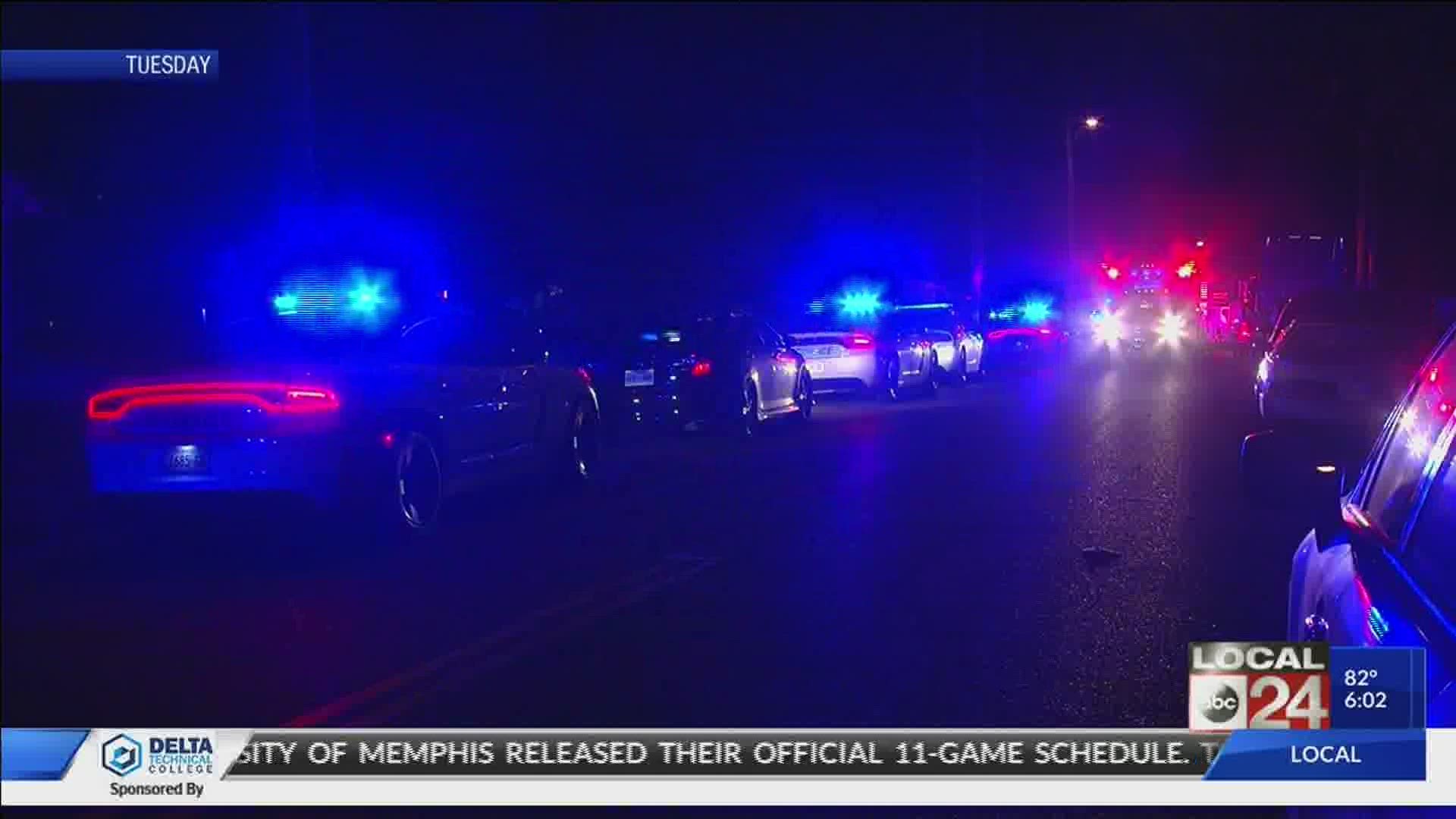 MEMPHIS, Tenn — Memphis Police say a grandmother was drunk and letting her young grandson steer while sitting in her lap, when her car struck five people on the side of the road.

Two of the pedestrians were sent to the hospital in critical condition, the other three were non-critical.

Police say the crash happened around 11:21 p.m. Tuesday southbound on Boyd St. at Tate Ave. Police say 58-year-old Ernestine Hollomon was under the influence when she lost control of her car while her grandson was steering the wheel.

Officers are on the scene of a crash at Boyd Street and Tate Ave. A male and a female were injured. The male is listed as critical, and the female is non-critical.
This is an ongoing investigation.

According to the affidavit, Hollomon lost control while speeding on Boyd St., striking the victims who were leaning against their car on the roadside.

The Memphis Fire Department also responded when police say Hollomon had a medical emergency relating to diabetic issues. She was taken to Regional One in non-critical condition, where they say she refused medical treatment. Her grandson was taken to Le Bonheur Children's Hospital in non-critical condition, and was later released into his mother's care.

According to the affidavit, Hollomon admitted to officers she was drinking alcohol before the crash. Investigators say she failed the field sobriety tests.

Holloman is charged with DUI/child endangerment, driving on a suspended/canceled license, financial responsibility, public intoxication, and failure to exercise due care. She is due in court Thursday.