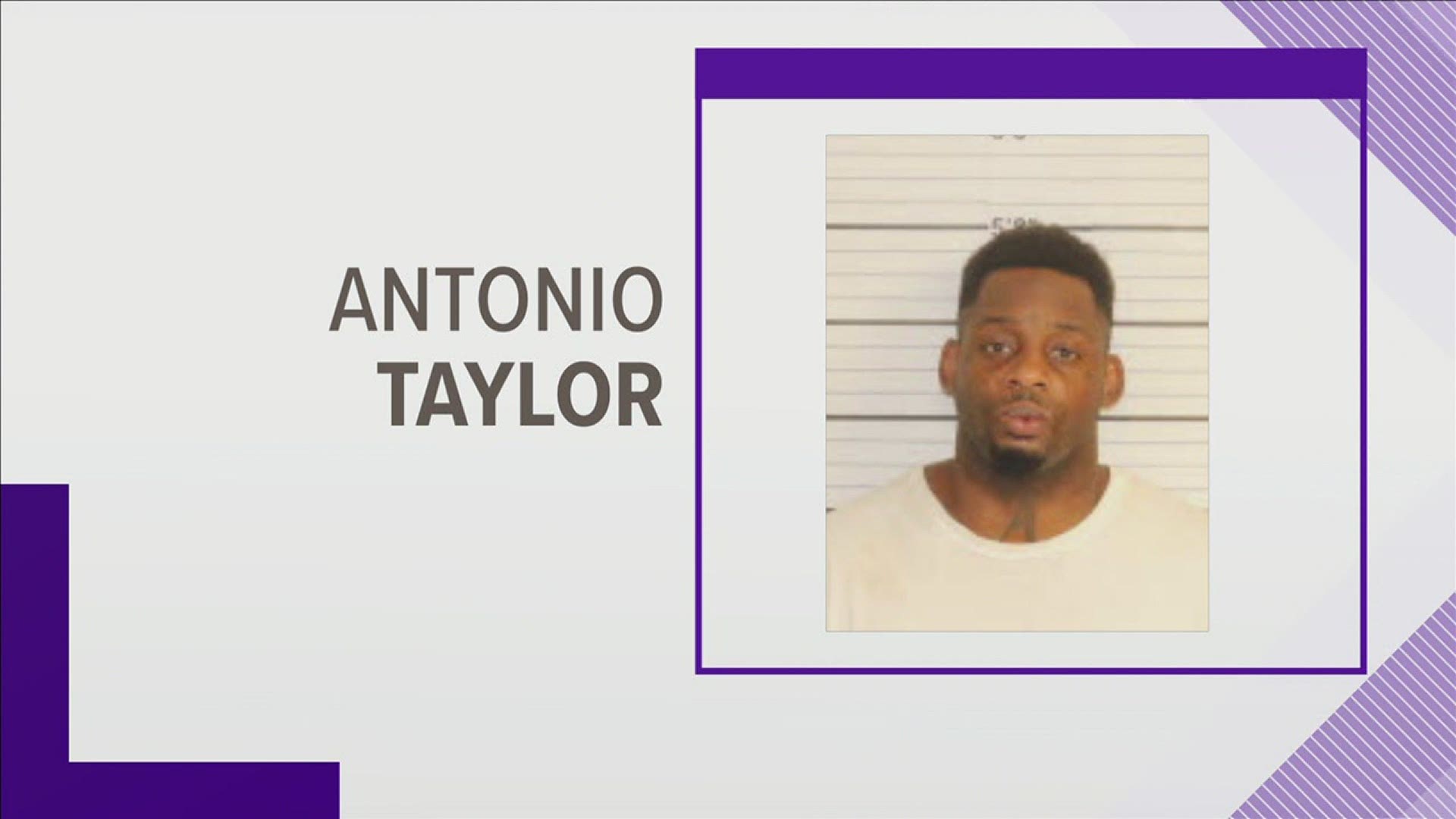 MEMPHIS, Tenn. — UPDATE 6/21/2021 - Antonio Taylor's first court appearance was Monday, June 21. It was continued and he is due back in court on Wednesday.

In a Facebook post, Memphis Police said a woman - a federal employee - was raped and held against her will Thursday night in the 3800 block of South Advantage Drive. That’s just north of the Wolf River near Stage James Road.

According to the police affidavit, police said Taylor overpowers the victim -a federal parole officer who was on a probation and parole check. Investigators said Taylor took her gun, held her at gunpoint, strangled her, beat her, and repeatedly raped her.

She was eventually able to escape and call for help.