Hans Banks was convicted Thursday of voluntary manslaughter in the 2019 death of a friend who was found strangled with a string of Christmas lights. 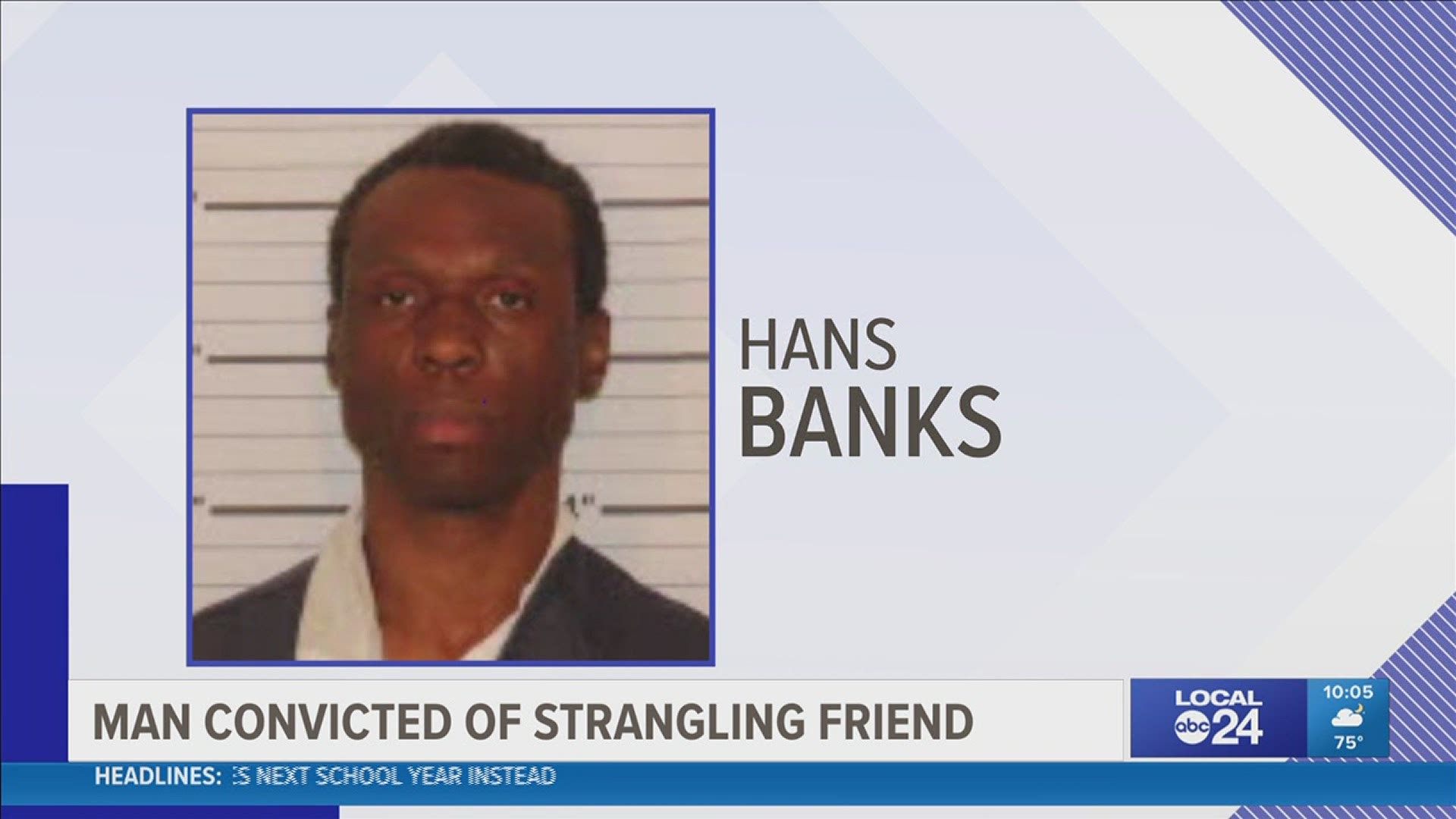 A Criminal Court jury convicted defendant Hans Banks after a trial that began Monday. He remains in jail and will be sentenced later by Judge James Lammey Jr.

According to testimony, on July 7, 2019, Banks and victim Joseph Hurdle, 59, got into an altercation at their apartment on East Cabana Circle near University Street and Vollintine Avenue.

Banks said that during the incident, he struck Hurdle with an ashtray and then strangled him with a string of Christmas tree lights.

This was the first jury trial to be held in Shelby County in more than a year because of restrictions invoked during the Covid pandemic.

10/10/2019 - (SHELBY COUNTY D.A. NEWS RELEASE) – A 37-year-old man was indicted Thursday on second-degree murder charges related to the strangulation this summer of a friend during an argument at a North Memphis apartment, said Shelby County Dist. Atty. Gen. Amy Weirich.

An investigation showed that Banks and his friend, Joseph Hurdle, 59,were at Banks’s apartment on East Cabana Circle near University and Vollintine when an argument turned violent.

Banks told authorities that he strangled Hurdle with a string of Christmas lights and left the apartment in Hurdle’s vehicle. He later flagged down police officers near a fast food location on Covington Pike and told them there was a dead body in his apartment.

The case is being handled by Asst. Dist. Atty. Matthew Haywood of the DA’s Domestic Violence Prosecution Unit which prosecutes felony cases of domestic assault and homicide committed by intimate partners.

The Unit also works closely with the Shelby County Family Safety Center to provide services and assistance to victims and their families.