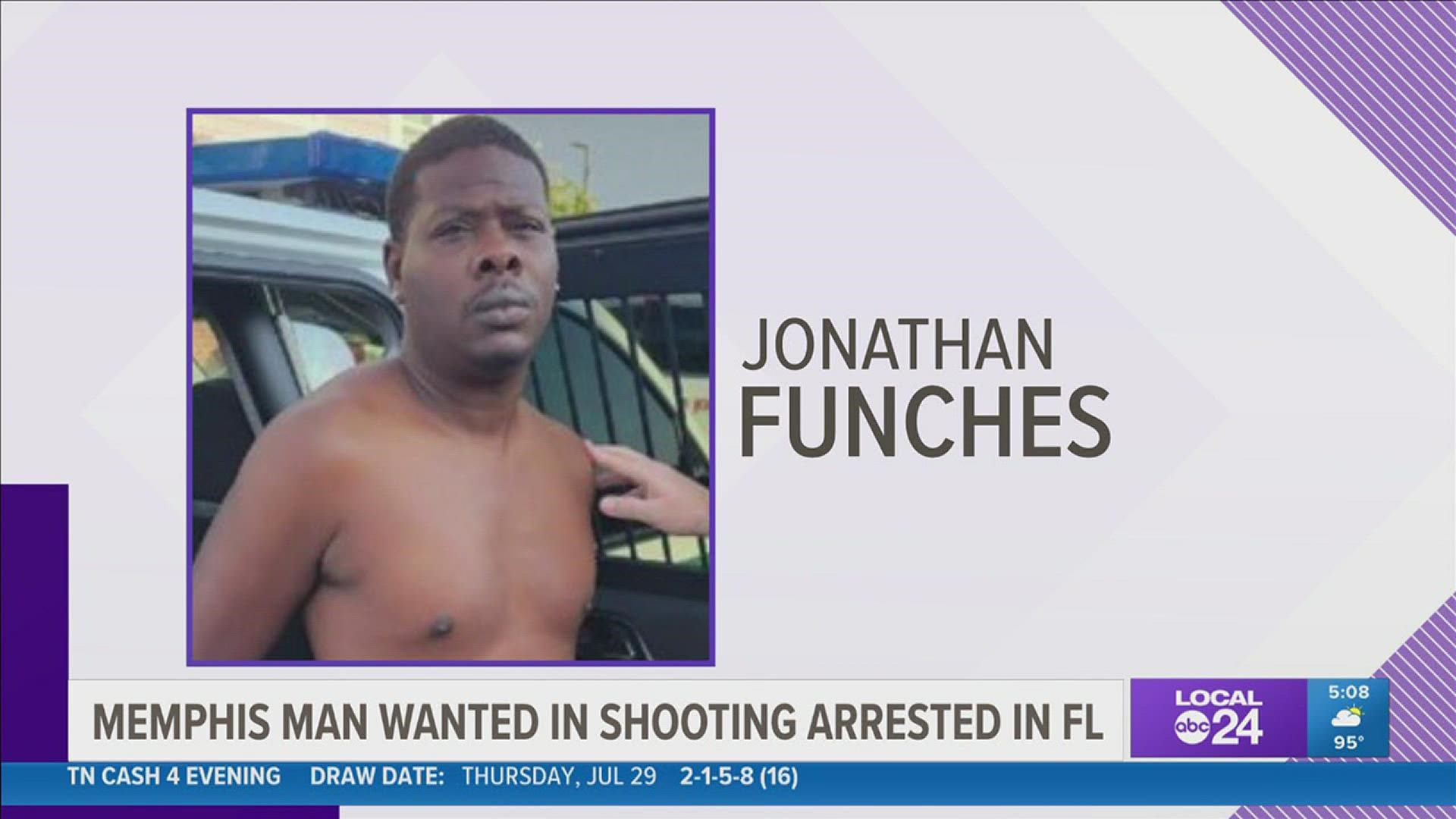 MEMPHIS, Tenn. — The U.S. Marshals Service says a man wanted in Memphis for attempted murder and other charges has been arrested in Florida.

Funches is accused of assaulting a woman on May 8, fleeing and later firing shots into her vehicle, hitting her and her child. The woman and child were hospitalized for non-critical injuries.

The release said officials learned that Funches was staying with family in Florida and collaborated with Tennessee authorities to arrest Funches.

The Lynn Haven Police Department would like to announce the arrest of 33 year old, Jonathan Funches. On July 28, 2021,...

Read the full release below:

On May 8, 2021, it is alleged that Funches violently assaulted a woman at her home because of a domestic dispute and then fled the scene. Funches found the woman later that day and fired multiple shots into her vehicle striking the woman and her child. The woman and child were transported to LeBonheur Hospital and were listed as non-critical.

On July 29, 2021, the FCRFTF located a vehicle that Funches fled in. After further investigation, a search warrant was obtained for an address within an apartment complex. The task force knocked and announced their presence at the apartment door for several minutes, and eventually Funches surrendered. He was arrested without incident.

“The Marshals Service priority is to keep the most dangerous fugitives out of our communities and apprehend them in the safest manner possible” said Marshal Tyreece Miller.