Memphis police are investigating after 3-year-old hit by car

The driver stayed on the scene. 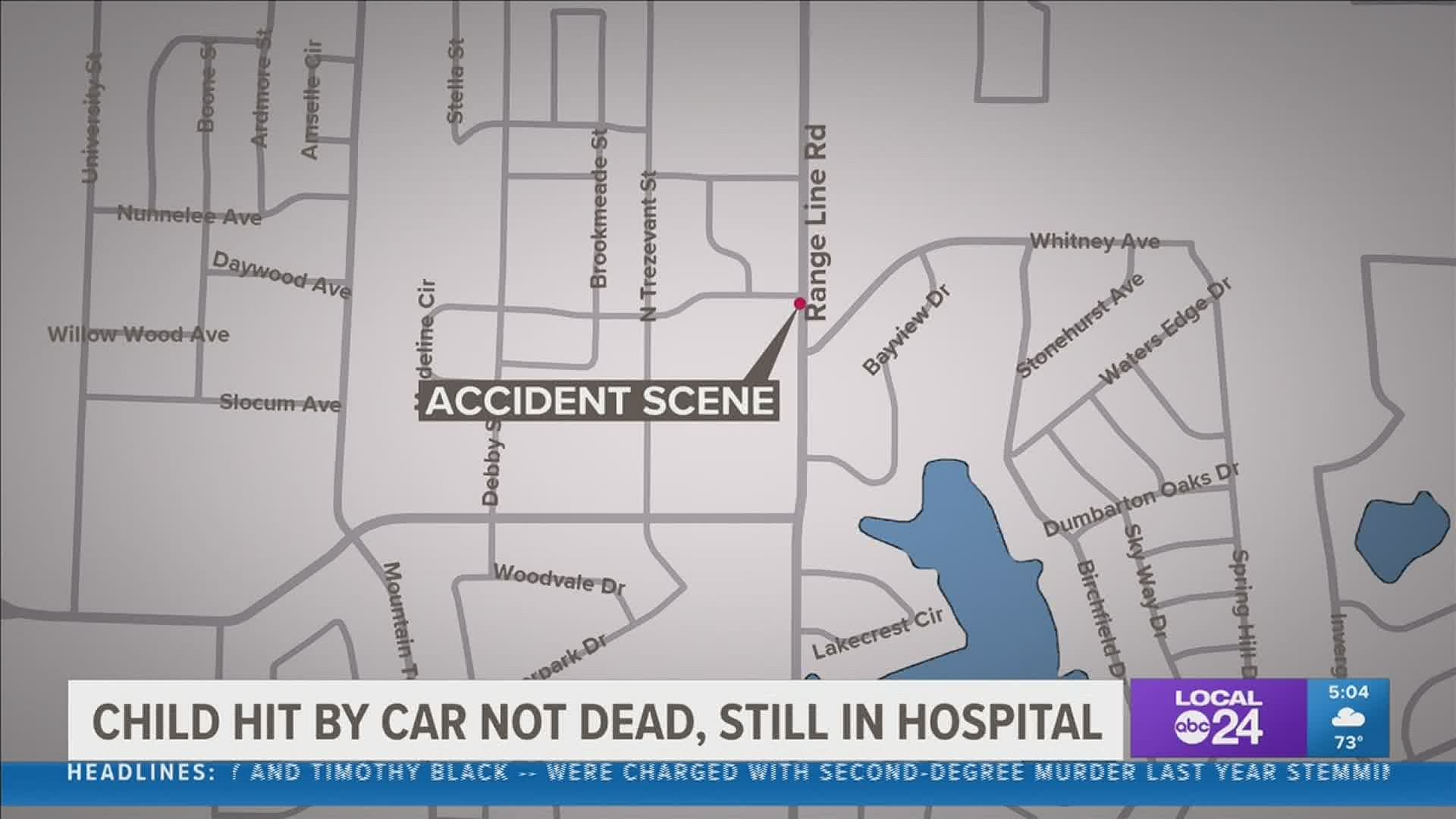 MEMPHIS, Tenn. — Memphis Police are investigating after a toddler was hit by a car.

It happened about 11:00 a.m. Tuesday in the 2700 block of Range Line Road. Police said a 3-year-old child was struck by a vehicle. The child was rushed to the hospital, where they are still in critical condition.

(NOTE: Memphis Police originally reported Tuesday that the child had died. Thursday, police said that was incorrect, and the child is still in critical condition at the hospital.)

Police said the driver stayed at the scene. They have not said if anyone will be charged.

UPDATE:
Traffic Investigators advised the child was revived and is currently still in the hospital in critical condition.