It was a close call for an East Memphis man who says his car was shot at during yet another road rage incident.This time, shots were fired on a busy stretch of ... 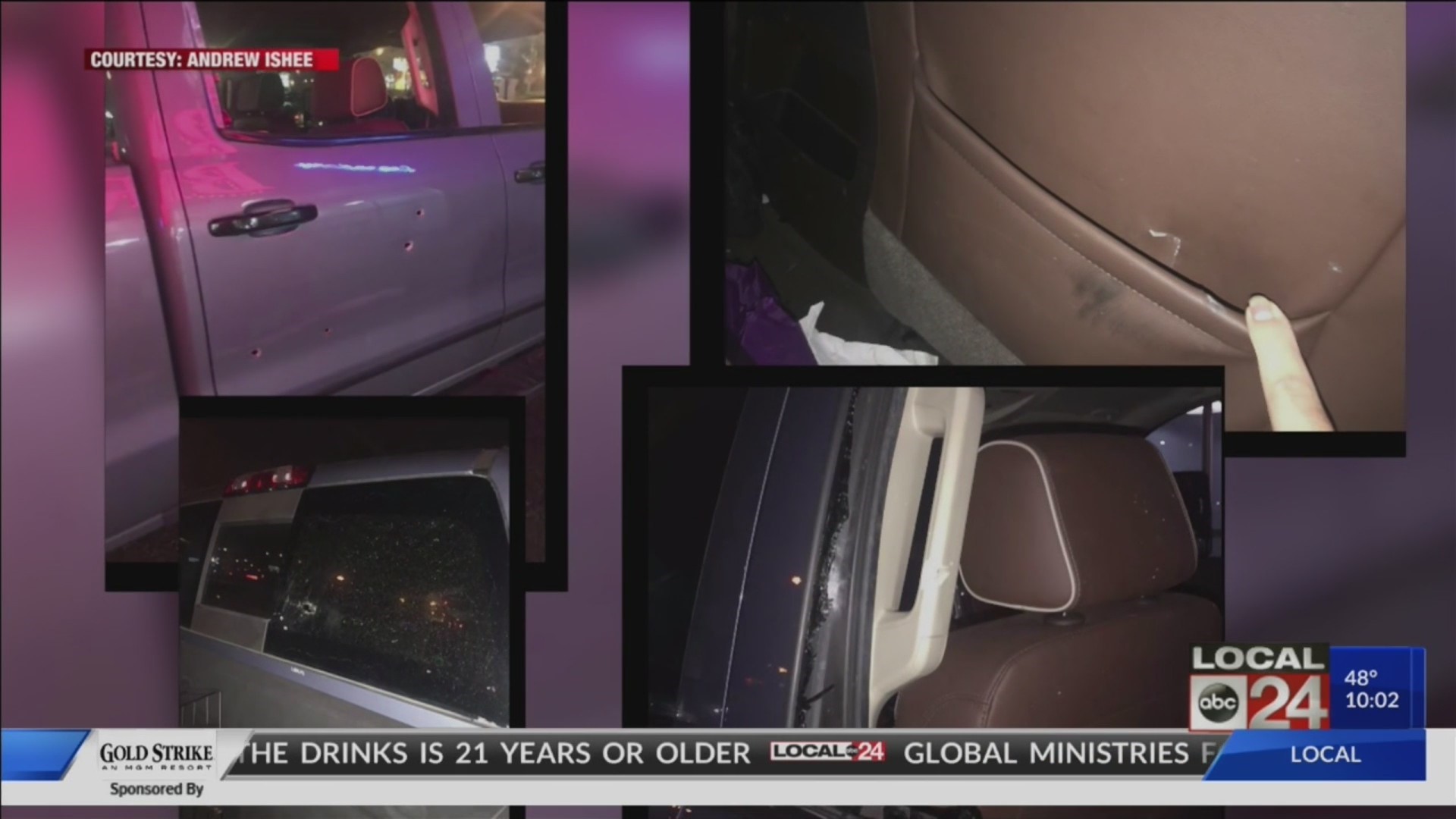 MEMPHIS, Tenn. (localmemphis.com) – It was a close call for an East Memphis man who says his car was shot at during yet another road rage incident.This time, shots were fired on a busy stretch of Poplar near Truse Parkway Tuesday night.

Andrew Ishee says he and his girlfriend had just left dinner and were traveling on Poplar when a speeding car almost hit them. Seconds later, he says the driver unloaded a round on his vehicle and he shared with us surveillance of the suspect’s car.

“Growing up in Memphis, I’m always ready for something to happen, anywhere I go I carry my gun on me usually,” Ishee explained.

However, this time Ishee didn’t have his gun when a driver opened fire on him and his girlfriend in his pickup truck, something he says he regrets. He says the two then exchanged words at a stop light on Poplar Avenue near Truse Parkway.

“They started yelling obscenities and cursing. I said man just slow down you’re doing 80 on Poplar slow down and the guy just nodded,” Ishee said. “He waited for me to get about a car length in front of him and then started shooting.”

Ishee released photos to Local 24 News that shows the aftermath of the shooting and the damage to his pick up truck. His main priority was shielding his girlfriend.

Along with the photos, he released surveillance video that captures the suspect’s 2000 red Acura less than a minute after the shooting.

“This gentleman is a coward, he waited until he got behind me to shoot and then tried to duck off real quick, he’s a coward,” Ishee said.

He is offering a reward for anyone who recognizes the car driving by in this video and leads to an arrest.

“I’m blessed I didn’t stop and get out and confront this person because he probably would have shot me,” Ishee said.

If you recognize that car in the video, Ishee says to contact him via social media under the name, Andrew Ishee.  Memphis Police continue to investigate. Anyone with tips, call Crime Stoppers at 901-528-CASH.