28-year-old Al Bond has been relieved of duty pending the outcome of the investigation. 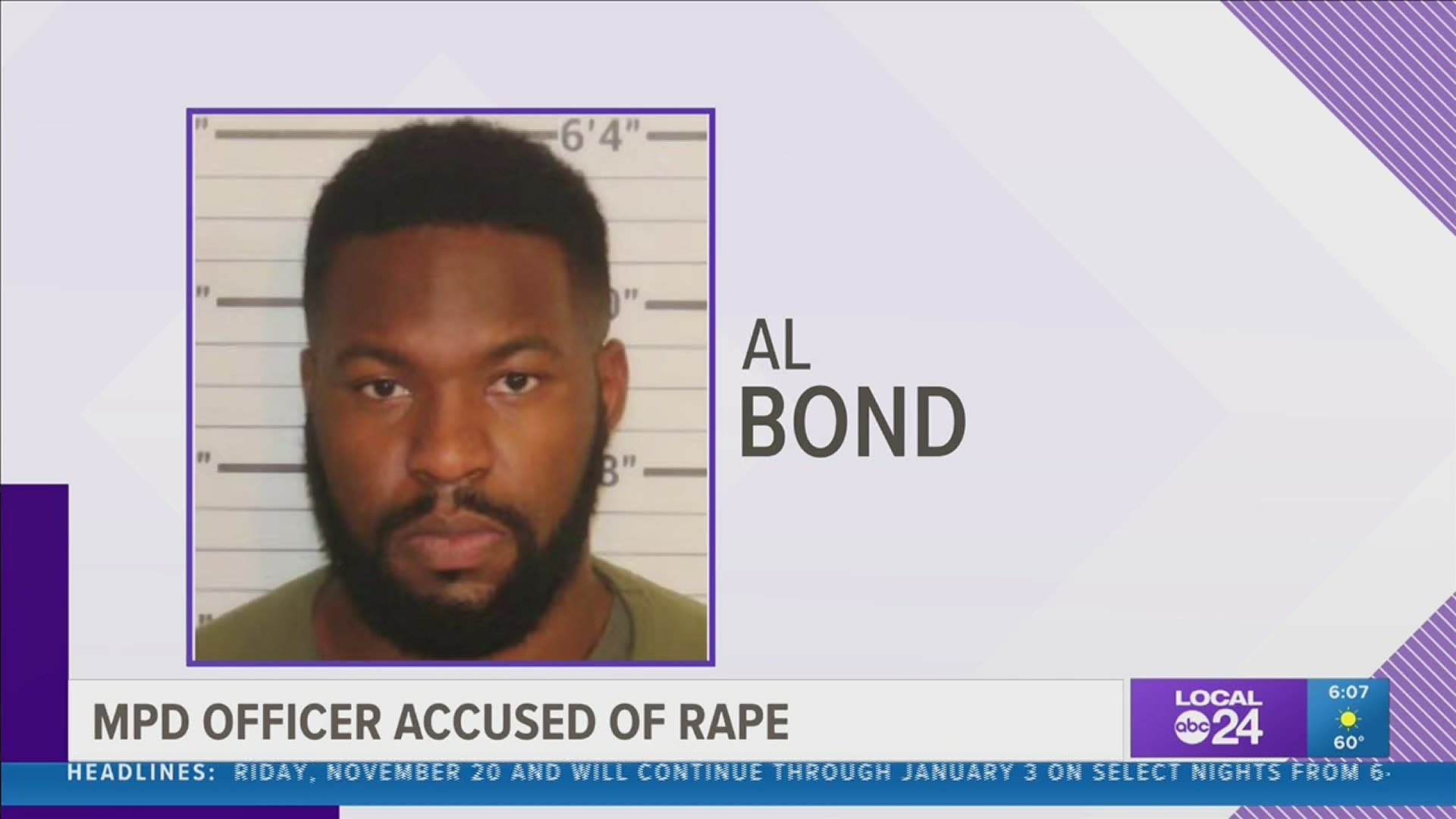 MEMPHIS, Tenn. — A Memphis Police officer is charged with rape after a woman said she was assaulted at a party.

28-year-old Al Bond has been relieved of duty pending the outcome of the investigation. According to police, the woman walked into the Austin Peay Station just before 3:00 a.m. November 1st. The 24-year-old woman told investigators she had been at a party when Bond raped her.

Investigators say Bond was off duty at the time. He was arrested November 2nd and booked into the Shelby County Jail.

MPD said Bond has been with the department since August 2017.