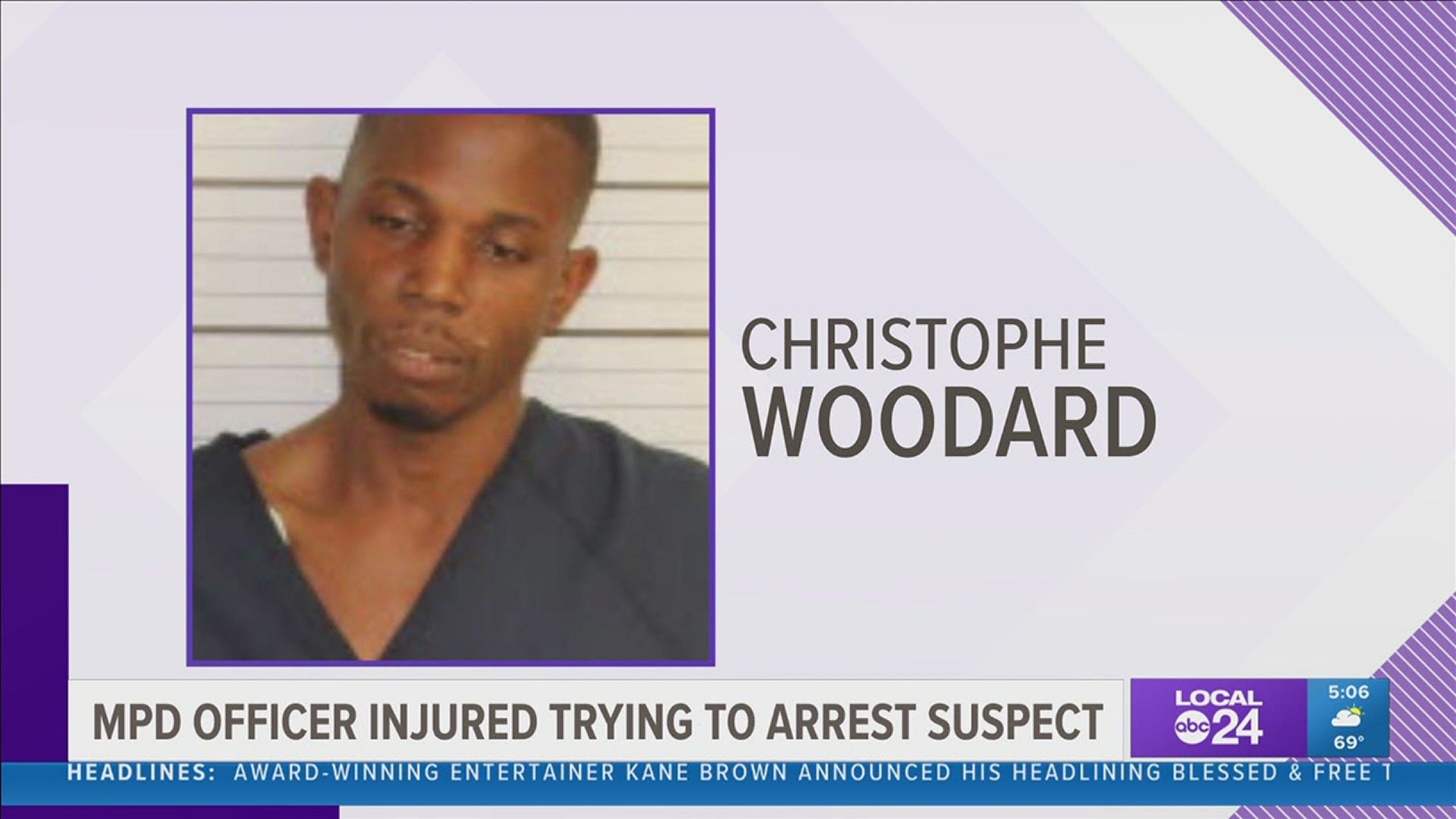 MEMPHIS, Tenn. — Memphis Police said an officer was injured while trying to arrest a suspect who had been driving erratically.

It happened about 2:45 a.m. Thursday morning. Officers responded to a suspicious vehicle bear Sycamore View and Macon Cove, where they found a driver – later identified as Christophe Woodard – driving erratically with the driver side door open.

At that point, investigators said Woodard tried to run over two officers, and officers took off after him again along Sycamore View, but then he stopped just before the flyover.

The officers said they talked to Woodard and were able to get into the car to turn it off, and got Woodard out of the car. They said Woodard then began resisting again, and officers used tasers and pepper spray. Investigators said Woodard started the car and tried to take off again, with one officer inside.

Police said Woodard is charged with aggravated assault on a police officer – a felony, reckless driving, evading arrest in a vehicle, and resisting arrest.