Local 24 has obtained footage showing an MPD officer berating and pepper spraying a handcuffed suspect in the back of his police cruiser. 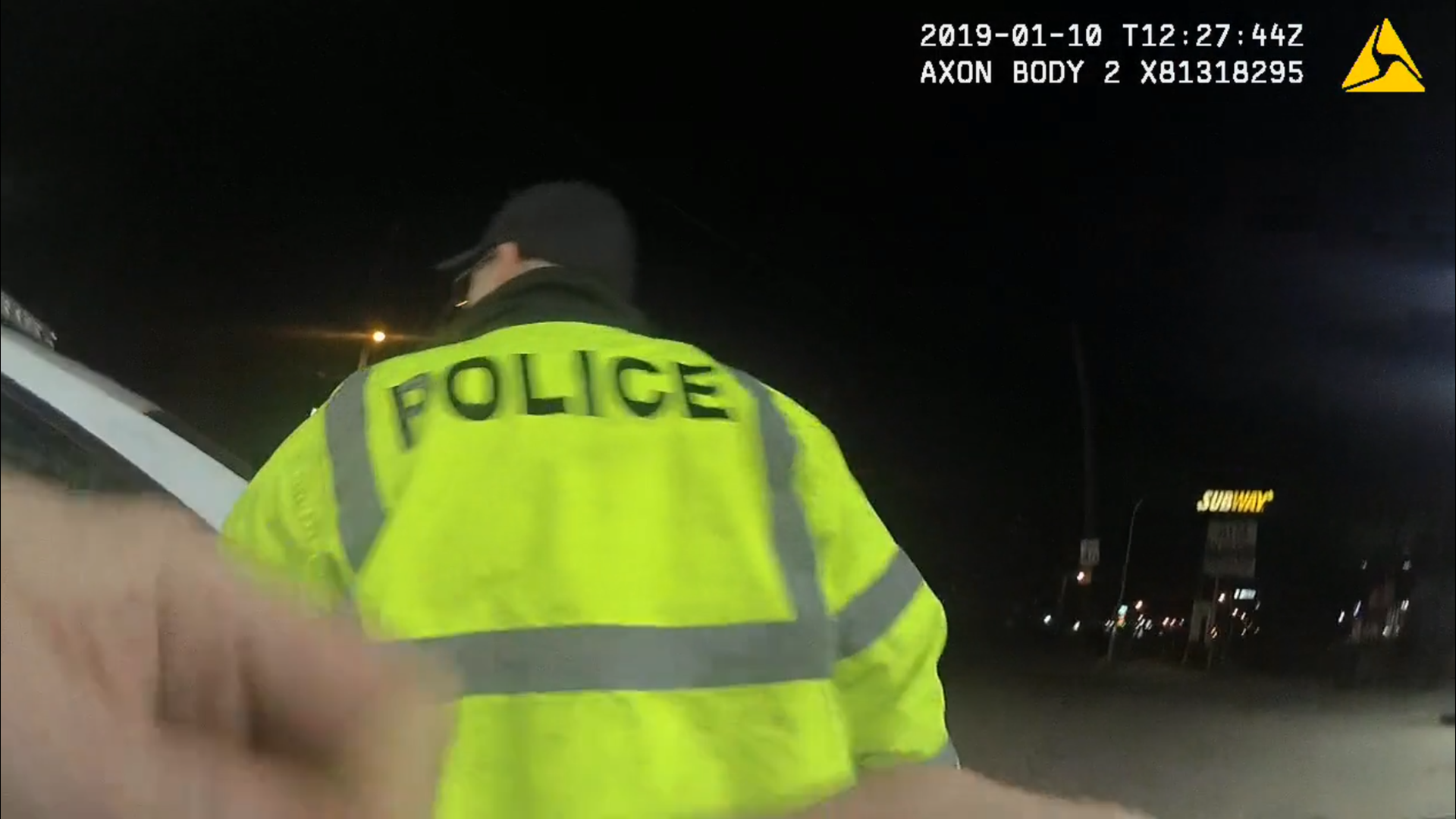 First, the officer is seen using crude phrases and swearing multiple times at a man under arrest. Then the video shows the officer spraying the man over and over again with pepper spray while he was handcuffed in the back of a squad car.

Video recorded by the officer’s body camera shows neither he nor other officers did anything to help the man as he cried out for help.  And topping it all off, according to a Memphis Police internal affairs investigation, the officers exaggerated charges so the man would get more jail time.

In early June, Local 24 News submitted a request to see all excessive force complaints against the Memphis Police Department filed between January 1, 2019 and May 28, 2020.

This is one of two cases from 2019 they gave us the records on where Memphis Police Department investigators substantiated the excessive force claims.

Local 24 News then asked for the police body camera video associated with the incident. It took the city almost two months to turn over the video to the station.

The video begins with former Memphis Police Department Officer William Skelton arriving on scene at a convenience store near Lamar and Airways on January 10, 2019. According to the police report, Skelton was responding to a call about a suspect in the store causing a disruption and knocking over items. The suspect's name was Drew Thomas. Thomas had been banned from the store previously because of prior incidents.

Within minutes of arriving, Skelton sprayed a foam chemical agent into the squad car where Thomas was sitting in handcuffs.

But as soon as Skelton arrived on the scene the excessive cursing and abusive language began.

►READ MORE: Click here to read a transcript of the first 10 minutes of the bodycam footage

“Come on. You're under arrest," said Skelton.

"I am going home," said Thomas.

On the tape,Thomas is seen remaining calm. He never resisted and is seen complying with the officer's commands.

Thomas did not resist but that doesn't stop Officer Skelton’s verbal attacks as he put Thomas in the squad car.

Later, while in handcuffs and placed in the back of the squad car, Thomas starts kicking the car door.  That upset Skelton.

"Kick my car again. I'm going to foam you. You understand me d***head. I will spray the f*** out of you. You worthless piece of incestuous s***," said Skelton.

When Thomas continued kicking the car door, Skelton sprayed pepper-spray foam at Thomas four times while he was in handcuffs in the back seat -- twice in the rear driver door, twice in the rear passenger door.

Skelton never rolled the window down for Thomas, despite him asking.

“He wanted me to roll the window down, uh, I probably should," said Skelton. In the internal affairs file, Skelton said he didn't feel Thomas deserved to have the windows rolled down.

Skelton never rolled a window down, but an MPD lieutenant arrived on the scene and did roll down the window. On the tape, Thomas' calls for help can be heard.

"Help, help, help," said Thomas. " Water, help."  He can be heard gasping and coughing and making his pleas for help nine times before an ambulance arrived.

On the tape, the officers are busy discussing how they can make up a story about the amount of damage Thomas caused inside the store so he will get a stiffer charge. The officers want a felony charge, hoping that it will keep Thomas in jail for a longer period of time.

Another MPD officer jokes, “you caused quite a bit of damage in there.”

The officer writing the report questions if it will be accepted.

“I mean go ahead and say it and see what happens," said Skelton.

A supervisor finally said,  "Go ahead and charge him with felony Vandalism. We don’t know how much damage he did to the door."

Thomas was charged with Vandalism, Trespassing, and Disorderly Conduct. According to the police affidavit, he did more than $2,000 worth of damage. Officers said he did $1,000 of damage inside the store and $1,100 to the squad car. Problem is: the amounts were fabricated. According to the internal affairs report, it wasn't true. The internal investigation found no damage to the squad car, and $350 worth of damage in the store.

Thomas spent 150 days in jail but was released for time served after pleading guilty to a reduced misdemeanor vandalism charge.

The officer who wrote and exaggerated the report and the lieutenant involved were each suspended without pay for three days.

Internal Affairs charged Skelton with Excessive Force. He resigned from the department just a week before his hearing. According to his LinkedIn page, he now works for a private security company. Local 24 News has tried to reach out to Skelton for a comment but so far has been unsuccessful.

Thomas has a history of arrests. Most are minor and connected to vandalism, trespassing and disturbances at public places. He is currently in custody on an unrelated charge and a judge ordered a mental evaluation. Skelton had no prior complaints in his personnel file.

Memphis Police Department released this statement about the incident: "The actions and behavior of William Skelton were unacceptable and did not represent the training or standards required by the Memphis Police Department or the citizens of Memphis. Officers of MPD are expected to remain professional; they are held at high standards in accordance with MPD policies and procedures, and the oath that we all swore to uphold upon joining the MPD."

According to the analysis of the internal affairs report,  Skelton should not have used a chemical agent on Thomas because the crime committed was a vandalism misdemeanor charge.  Thomas was in the back of the squad car in handcuffs and was not a threat to others or himself.

He was also taken into custody without incident and was cooperative. The report also said that kicking the back seat was not enough reason to deploy the spray. The report was also critical that Skelton and the officers at the scene did not offer any aid, such as rolling down the police cruiser windows or giving water to Thomas after being sprayed. In fact, the officer's joke about it on the video. During the interview Skelton told investigators he didn't roll the windows down because he was angry and that Thomas didn't deserve to have the windows rolled down.

Skelton was also cited for personal conduct due the degrading language he used with Thomas during the incident.

The internal investigation was also critical of how the report was written. It referenced the inconsistencies and errors regarding the amount of damage that was alleged to have occurred.  The report pointed out when asked if there was enough damage in the business to charge a felony, Officer Bittick, the officer writing the report said, "I am making it happen."

The report goes on to say "Such a comment would suggest that regardless of the actual facts, a value which would justify a felony arrest would be used." The report went on to say, "Officer Bittick in his many statements on the scene illustrates an intent to deceitfully complete a document which could keep Drew Thomas in jail for a longer period than the actual facts and evidence would dictate."