Police said a negotiator is at the scene in an attempt to get the suspect to come out. 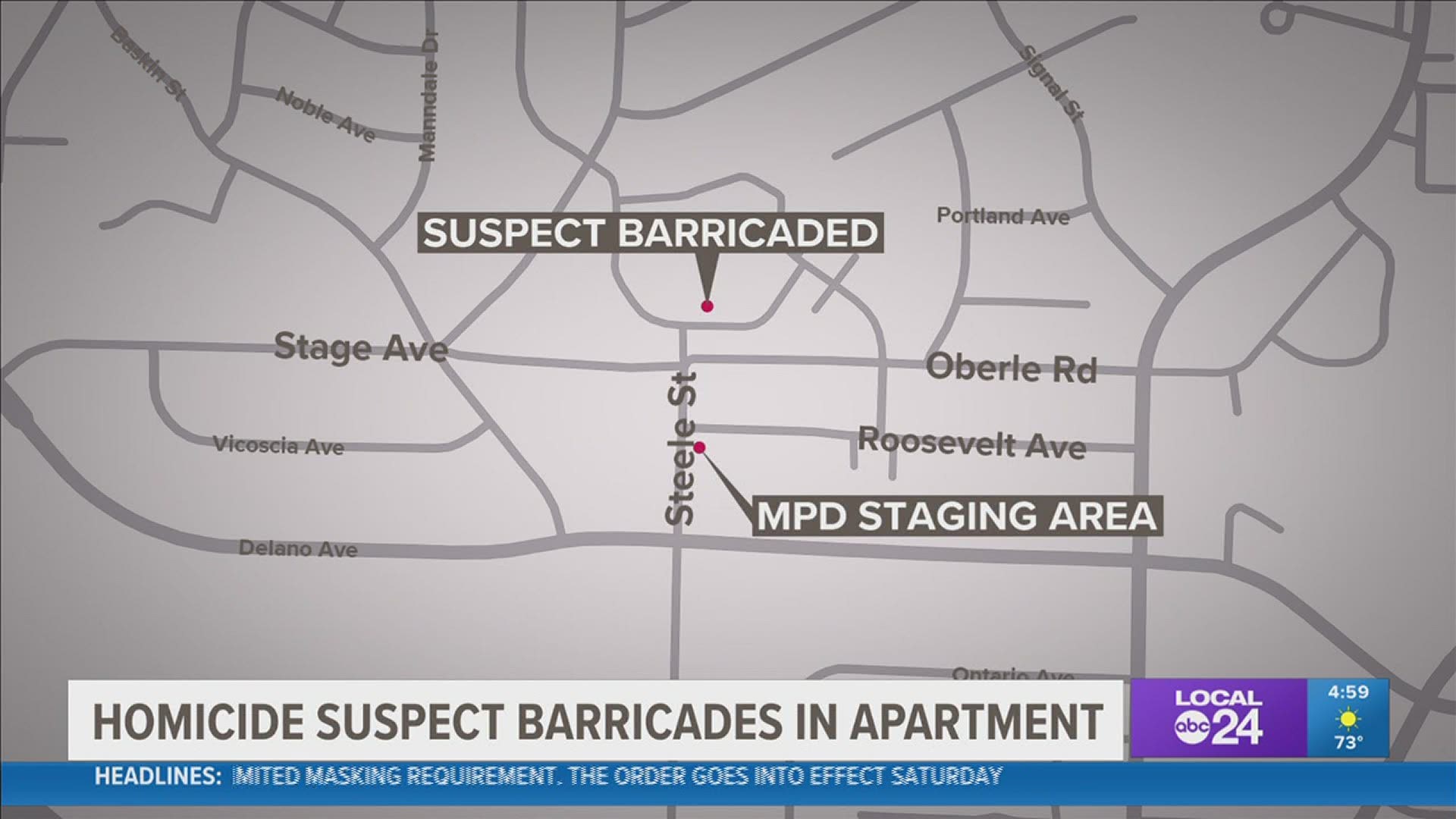 MEMPHIS, Tenn. — Memphis Police are on the scene of a barricade situation with a homicide suspect at a Frayser apartment complex.

It happened Friday morning at the Breezy Point apartments on Raja Drive in Frayser. Police said officers headed to the area to arrest the suspect, a 26-year-old man, but he refused to come out. Investigators set up a perimeter and a negotiator has been brought in.

Three people were also detained at the scene.

The identity of the suspect has not been released.

This is an ongoing situation and we will bring you more as it becomes available.