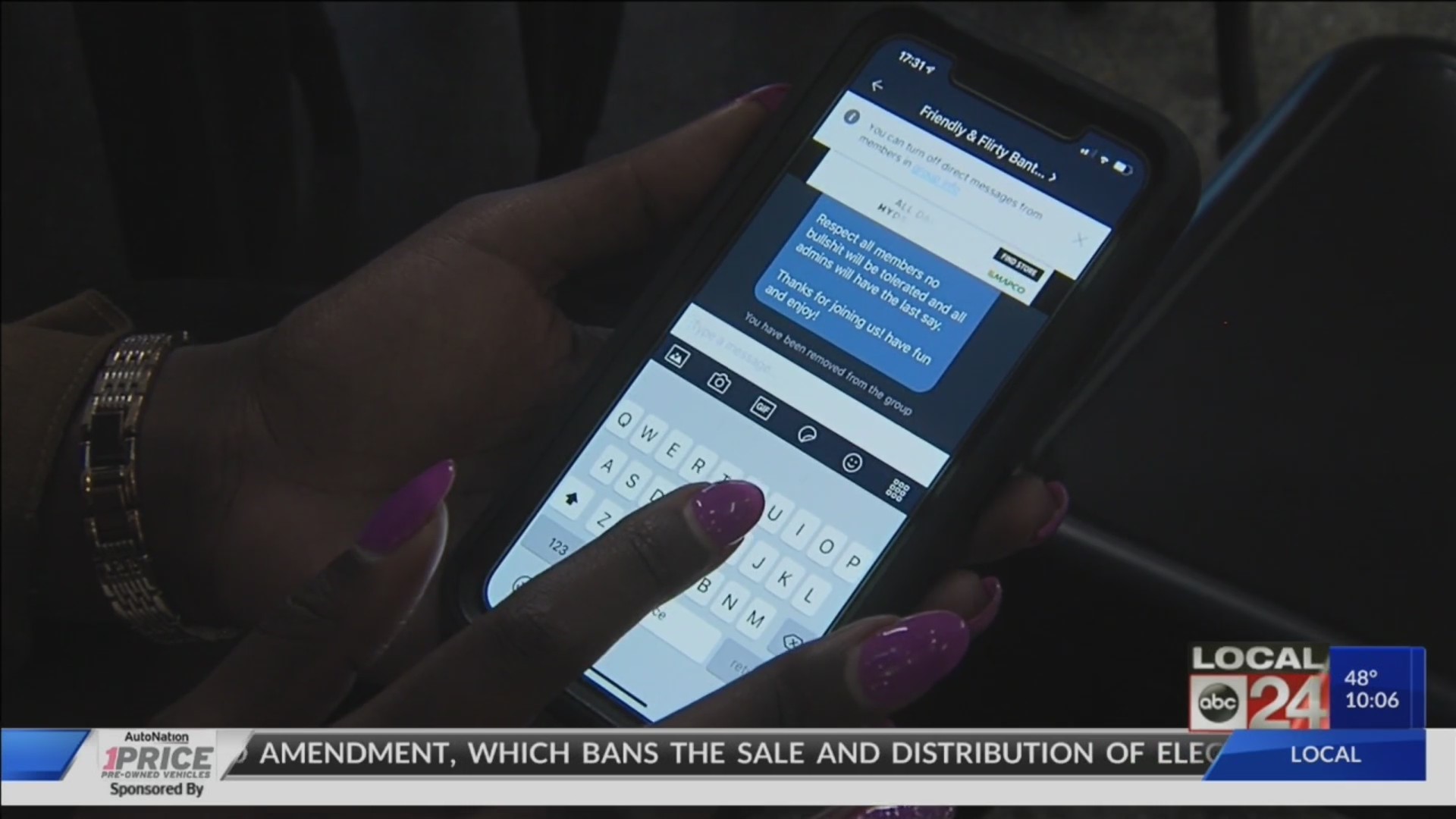 This all played out on a messaging app that many teens have on their phones right now. Kik is an app that allows secret messages. It’s also an app used by a third of all teens in America.

However, Local 24 News obtained court records too explicit to detail what she’s accused of doing to a two-year-old boy and a one-year-old girl. We can share the records state she went to a group on the Kik app for people interested in violent sex acts. She then shared pictures and video images of the abuse on another app called Wickr, unknowingly sending them to an undercover FBI agent.

“What we’ve seen with predators is that whatever is popular with children, they’re going to gravitate to that,” said Special Agent in Charge M.A. Myers with the FBI Memphis field office. Agent Myers says the number of online platforms where strangers lurk for kids has only grown. Authorities warn that children can be just a quick post, share or a like away from being exploited or sexually abused from predators on social media.

“We do find that it does make our job harder if people are using encrypted apps,” said Myers. “So we do encourage parents to teach their children not to communicate with people they do not know personally.”

Beryl Wight works at the Memphis Child Advocacy Center, which provides a safe haven for child victims of sexual abuse. She says in Shelby County abuse is twice as high as the national average, also warning parents about 30% of offenders are family members.

It’s important to talk to your child about their physical boundaries with other adults and children. The Memphis Child Advocacy Center provides free training to individuals on abuse prevention training. If you suspect abuse call the Tennessee Dept. of Children’s Services at 1-877-237-0004.