A 37-year-old man a judge called “a poster child for serial rapists” was sentenced Monday to 371 years in prison for five aggravated rapes and 21 other felony o... 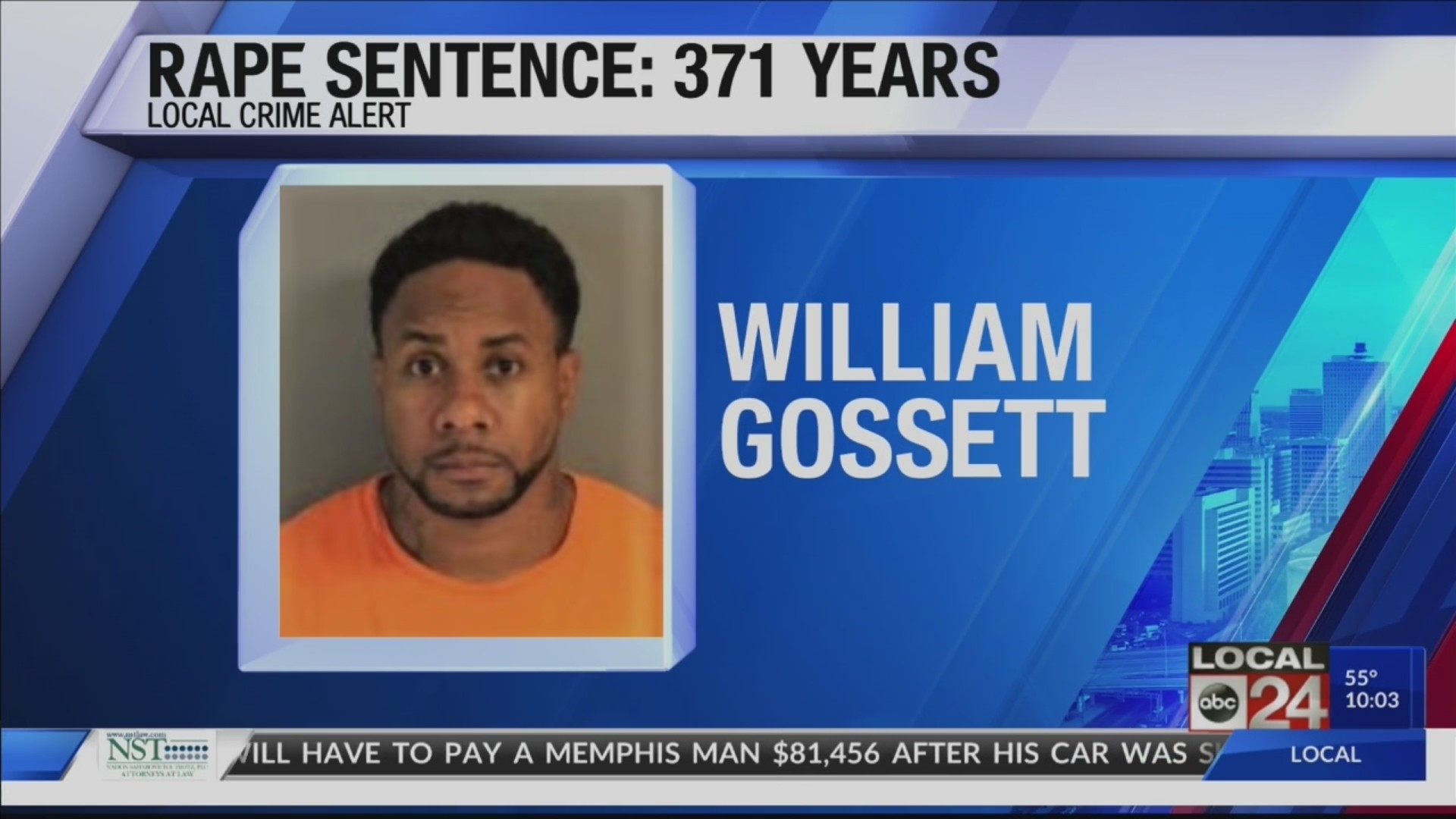 When investigators arrested defendant William L. Gossett in 2016,numerous items belonging to his victims were found in his home in Southaven andin pawn shops.

One of his earliest contacts with the criminal justice system wasin 1998 in Juvenile Court where he was found responsible for raping children,ages 5 and 8.

Criminal Court Judge Lee Coffee said Monday Gossett never againdeserves to walk the streets as a free man. Gossett, who has been in custodysince his arrest in 2016, refused to attend his sentencing hearing.

The cases included 15 victims from a dozen separate incidentsbetween July 4, 2012, and April 10, 2016, most of them at apartment unitsacross the city from southeast Memphis to Cordova to Raleigh. He often gainedentry through sliding glass doors or windows, and usually was armed with a gunor a knife.

In a statement read to the court, one rape victim who was 16 atthe time Gossett assaulted her in 2012 said she had nightmares, had to quitschool for a month, underwent counseling, and has been “scarred for life” bythe incident.

A task force of investigators from the DA’s Special Victims Unitand the Memphis Police Department Sex Crimes Unit linked Gossett to the crimesthrough DNA, fingerprints, motor vehicle records and other evidence. They alsodeveloped other similar cases against Gossett, but victims either could not belocated or they did not want participate in taking the cases to court.

Soon after Gossett’s arrest in 2016, the investigators obtained asearch warrant for his residence in Southaven, Miss., and found items belongingto his victims, including purses, credit cards, library cards, birthcertificates, car keys, mail, jewelry, personal checks and wallets. Cell phonesand other items taken from his victims were recovered at pawn shops.

The case was handled by Asst. Dist. Attys. Dru Carpenter and DevonDennis of the DA’s Special Victims Unit which prosecutes cases of child sexualabuse and severe physical abuse of child victims; rape and aggravated rape ofadult victims, and abuse of elderly and vulnerable adults.