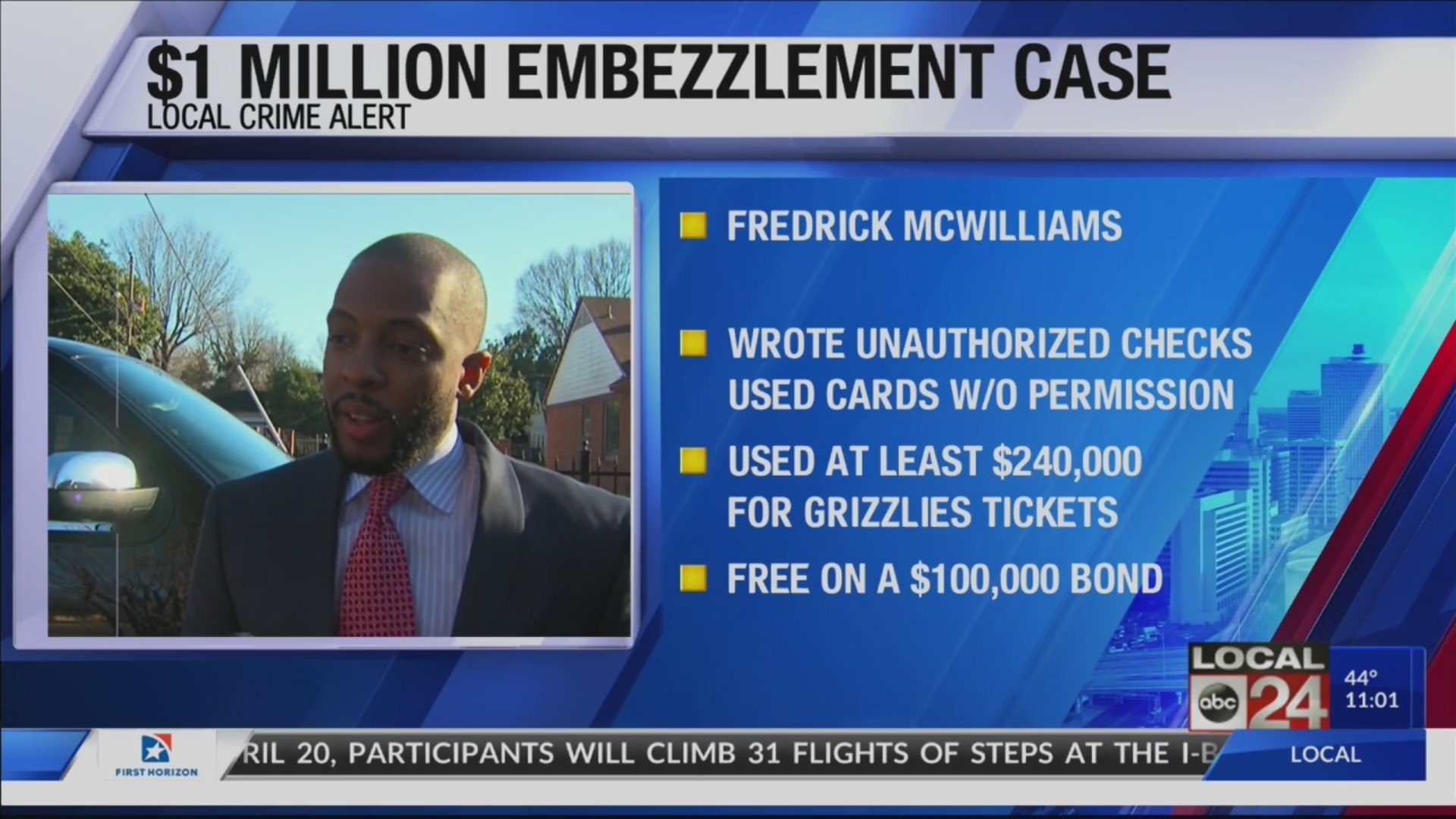 According to an affidavit, Fredrick Amoz McWilliams wroteunauthorized checks to himself, used USC credit and debit cards withoutpermission, and made unauthorized electronic transfers of USC funds to hispersonal bank account.

McWilliams made unauthorized purchases of goods and services,including some $240,000 in tickets for Memphis Grizzlies basketball games.

He was hired in 2012 as a building manager and IT specialist atthe USC headquarters on Airways Blvd., but two years later gained unauthorizedaccess to the organization’s bank account.

The total amount missing was more than $1.1 million. Auditors saidMcWilliams was able to delete many files from the server he managed andserviced, possibly from a remote location.