Sandra Henson refused to comment at court Tuesday. Her husband apologized to the victims. 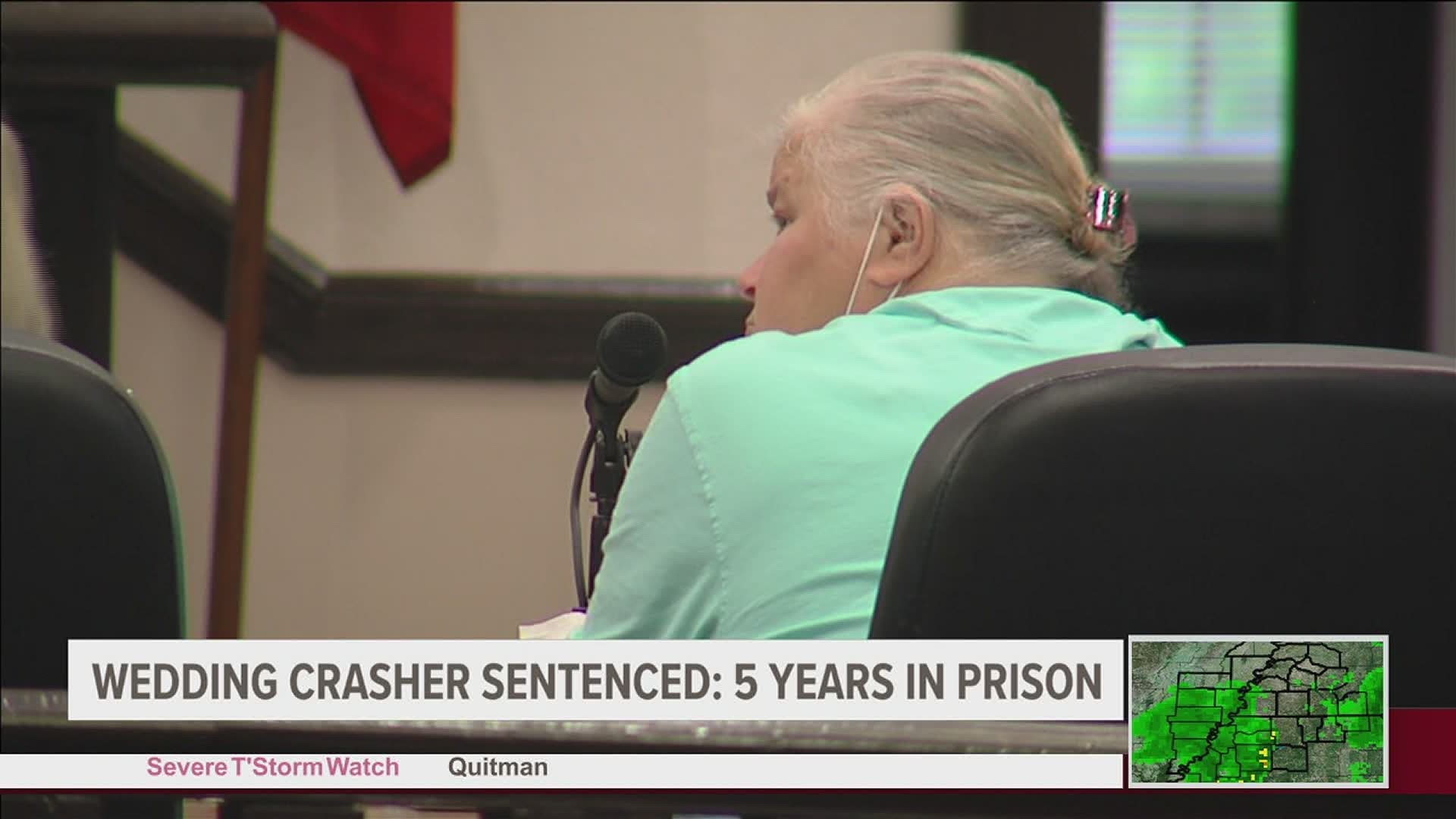 MEMPHIS, Tenn. — The woman known as the "Mid-South wedding crasher" is going to spend five years in a Mississippi prison.

Sandra Henson is accused of stealing from more than a dozen newlyweds at their weddings here in the Mid-South.

Henson was on probation for a 2017 incident, but police say that didn't stop her from doing it again and again.

In court Tuesday, Henson refused to comment when asked by a Local 24 News reporter why she stole from newlyweds or if she anything to say to the victims.

Henson wasn't invited to the weddings, but police said she would attend and steal cash and gifts from newlyweds, their friends, and families.

RELATED: "Wedding crasher" was on probation when she was accused of striking again

Surveillance footage caught Henson stealing at Sarah Ormon's 2017 wedding. Henson was given probation for the 2017 thefts at Ormon's wedding, but police said she continued to crash and steal.

"It was really kind of unnerving that someone had the nerve to do that," said Orman.

Henson was charged again this spring for stealing at Madison Sacharcyck's Byhalia wedding. That case and others are still pending.

In court Tuesday, Judge Kelly Luther told Henson that crashing a wedding and stealing from newlyweds is bad, but to continue to do it after being given probation is inexcusable. He said he was revoking her probation and sending her to prison for five years.

"All I can say to the families is from our family, we are very sorry for any pain you've experienced and I'm very deeply sorry," said Stephen Henson, Henson's husband.

"I never thought I would have to talk about this part of my wedding four years later," said Ormon.

Ormon said four years after her wedding, justice is served.

"I just really hope she gets stopped - for honestly not only for other brides - but for other ones that she has stolen from, for their piece of mind and to be able to put us behind this for good," said Ormon.