The victim told police he had been repeatedly harassed and assaulted by the pair because he is homeless. 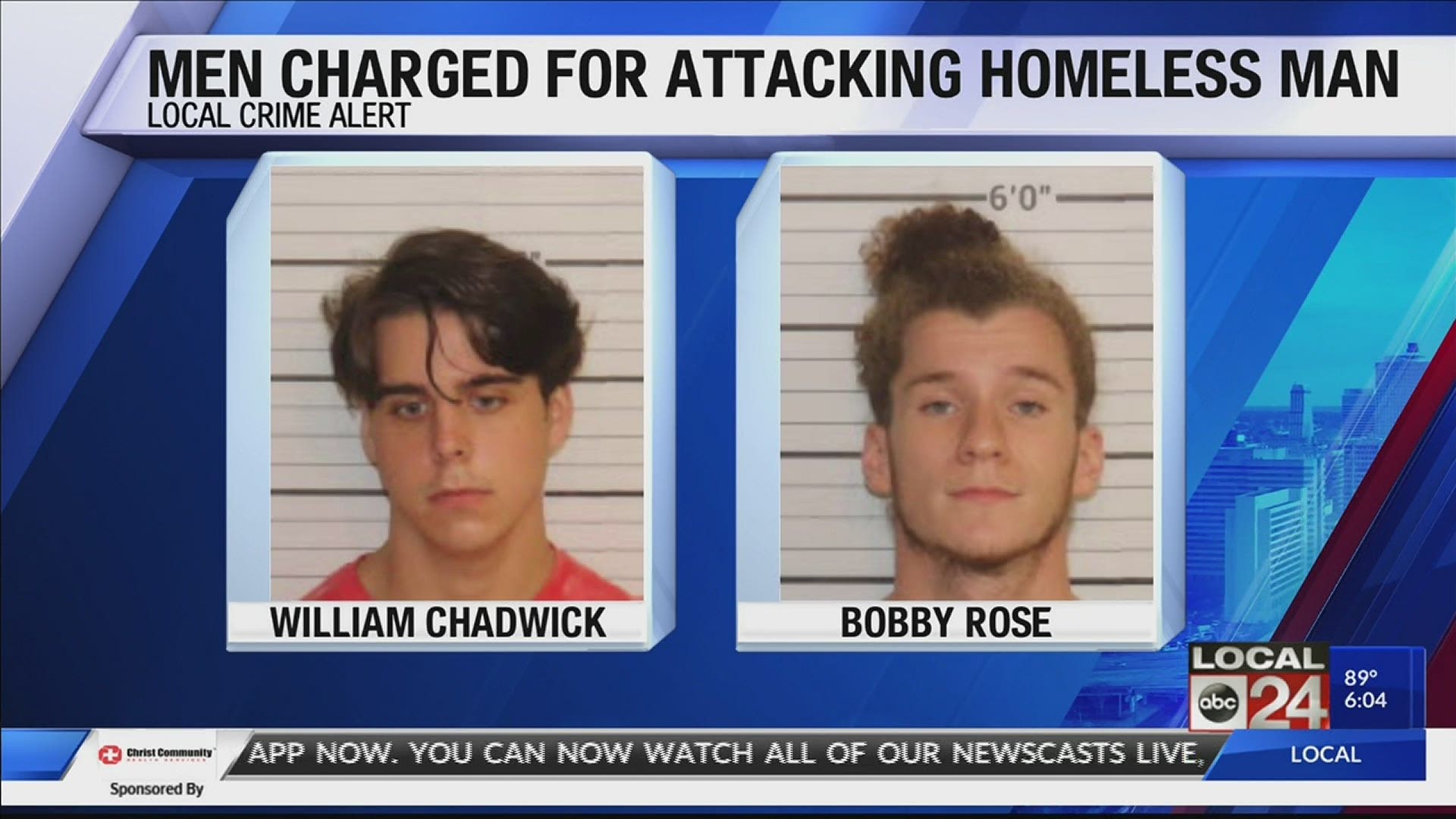 MEMPHIS, Tenn. — Two Millington men are charged after police say they attacked a homeless man in downtown Memphis several times, even throwing a fire extinguisher and rocks at the man.

According to the police affidavit, the victim told investigators about 11:30 p.m. on September 3, 2020, William Chadwick and Bobby Rose had verbally harassed him in downtown Memphis, as the pair were riding around in a blue Jeep.

Police say about 1:30 a.m. September 4th, Rose drove the Jeep back to a garage on North Main Street. They say Chadwick sprayed the same victim with a fire extinguisher, then threw the extinguisher at the man, barely missing his head.

Police say Chadwick then threw a large rock at the man, who turned away to avoid it hitting his face. Instead it hit his spine, leaving a large bruise and several cuts.

When officers pulled the two over, they say one of them asked "is this because we were throwing rocks at people?"

The victim told police this was at least the fourth time he had been sprayed with a fire extinguisher by Chadwick. And he told police the two suspects had harassed and assaulted him at least seven times in the same place because the victim is homeless.

Chadwick and Rose are charged with aggravated assault. Both were released on their own recognizance. They are set to be arraigned Thursday.