Robert Loggins died November 2018 while in police custody. Video from security cameras show him unconscious after being piled on by multiple officers. 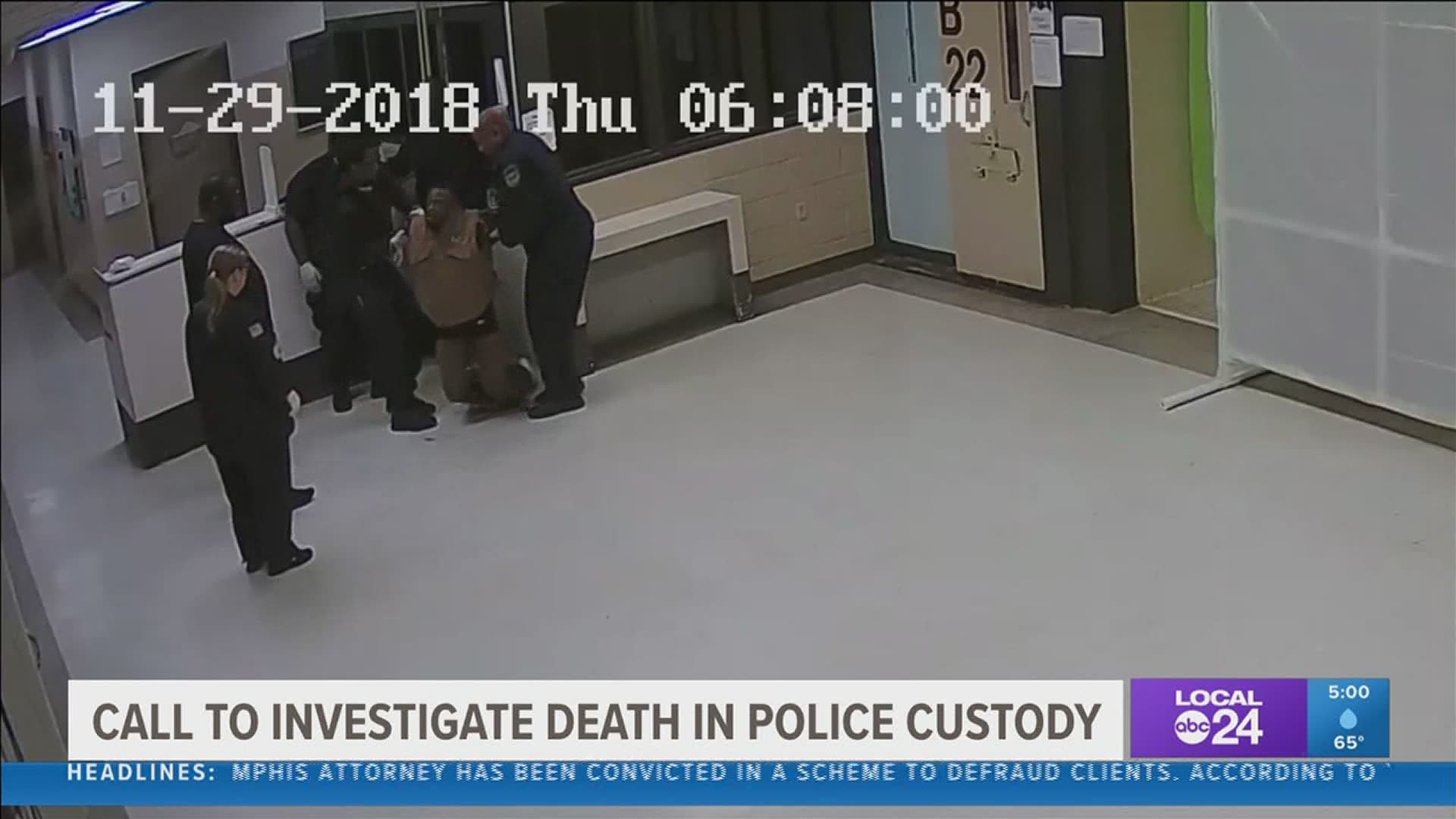 MEMPHIS, Tenn. — The Mississippi Legislative Black caucus is calling on state and federal investigators to investigate the death of a man who died in 2018 while in police custody at the Grenada County jail, 90 miles south of Memphis.

Police originally responded to a disturbance call in a backyard. A lawsuit states that by the time it was over, Robert Loggins was tased 8 times and beat with a flashlight. It also says that officers at the jail piled onto Loggins body, neck and head, killing him.

A security camera video from the jail was sent to Local24 News of the November 29, 2018 incident.

"This matter needs to be looked at further and if it's going to take the department of justice to do so...that's what we would like to see," said State Senator Angela Turner- Ford, (D) Mississippi.

On the video, you see the police car arrive at the Grenada County jail sally port. It looks like officers pull Loggins out of the squad car and then drag him out of frame.

Video shows Loggins was carried into the jail lobby, where officers laid him on his stomach with his hands cuffed behind his back and with his feet restrained.  According to the lawsuit he was visibly having trouble breathing in that position, but no one provided aide or medical assistance.

A few minutes later you see him on his belly rolling around. The lawsuit says he was trying to roll over to improve his airflow. Then a group of officers appear to pile on Loggins. The lawsuit claims several officers placed their body weight on Loggins torso, limbs, neck, and head for over three minutes.

Officers then began to drag Loggins away, back into the jail, but when they realized he was unresponsive, the lawsuit says someone finally checked and determined he had no pulse and wasn't breathing; and only then called for medical assistance.

"If this death occurred while Mr. Loggins was in police custody, but certainly if the actions of law enforcement contributed to his death, that needs to explored," said Turner-Ford.

According to published reports, the states autopsy found Loggins's death was an accident and that he had drugs in his system. A lawsuit against the county says Loggins died of asphyxia and the results of officers' unreasonable excessive force and failure to provide him medical attention.

"It appears there was a pile up and after that he is not breathing anymore," said Turner-Ford.

So far, the Grenada County sheriff has not returned phone calls to Local 24. Turner-Ford says, in addition to the U.S. Justice Department, she is calling on the Mississippi Department of Public Safety to investigate, saying across the country too many people seem to die in police custody, and something needs to change

"To the extent policies and procedures need to be changed, we want to see that happen in the state of Mississippi," said Turner-Ford.

Jacob Jordan is the lawyer representing the family in a civil lawsuit against the county and officers involved in this incident. 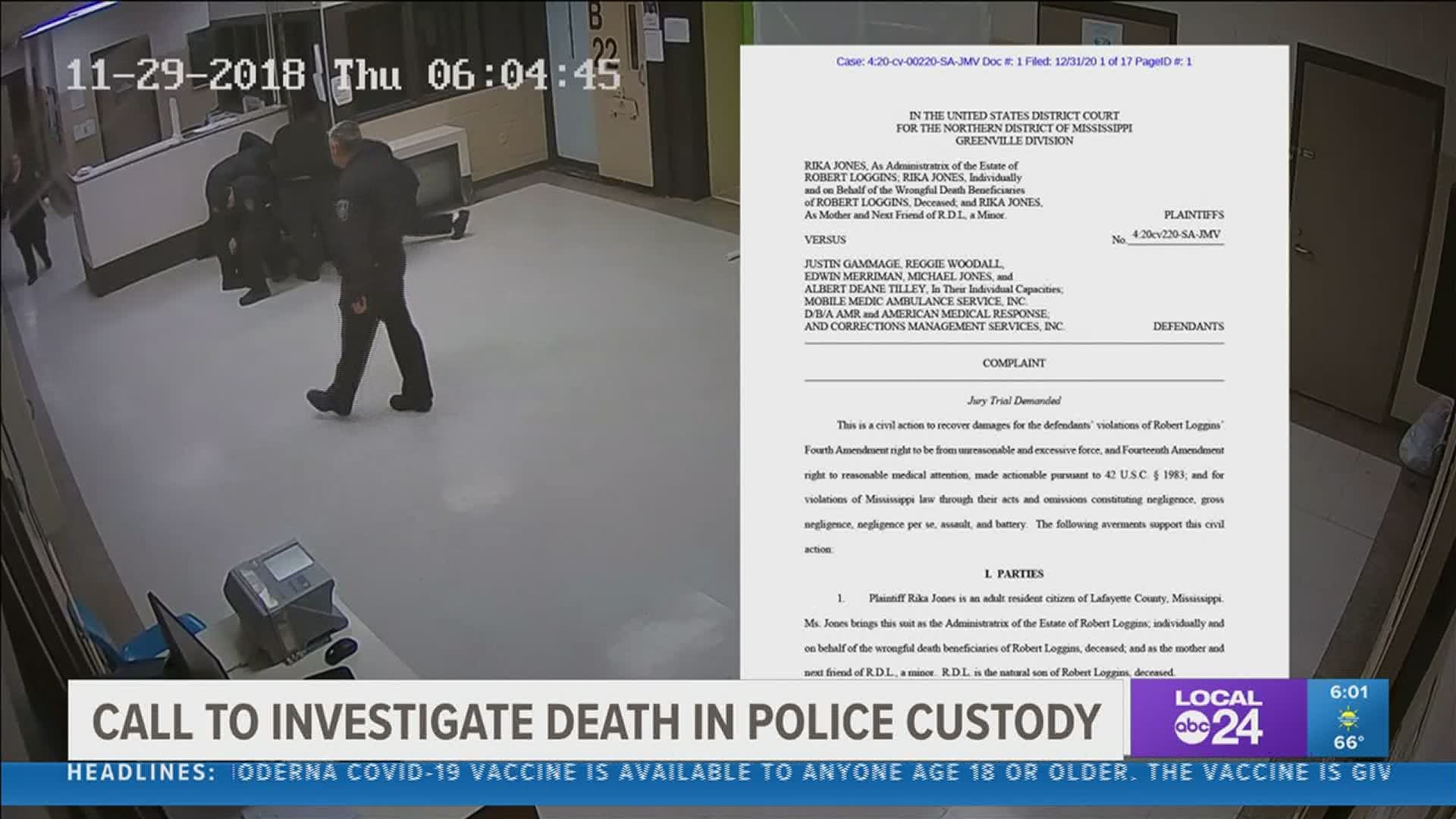