The child was found safe earlier this week. His non-custodial father, Barry Medlock, is charged with second degree murder in the death of the child's mom. 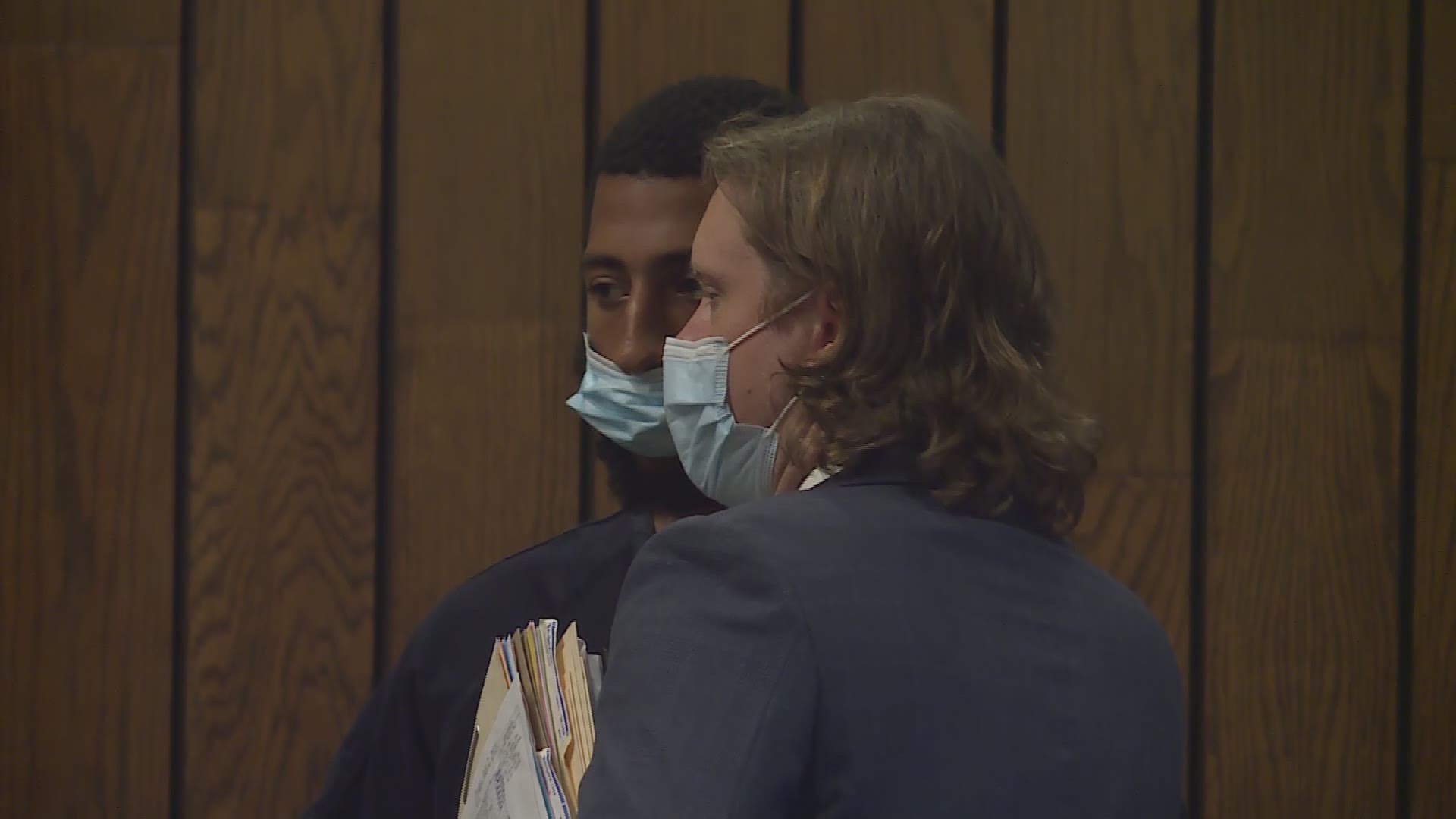 MEMPHIS, Tenn. — UPDATE 7/2/2021 - Barry Medlock, the father of the baby who was the subject of an AMBER Alert earlier this week, made his first court appearance Friday.

Medlock is charged with second degree murder in the death of Marika Clark.

According to the police affidavit, Clark was dropped off at the front entrance of Regional One Hospital Sunday about 2:45 p.m. by a man later identified as Medlock. She had been shot and died at the hospital. The affidavit said video showed Medlock driving off after leaving her.

Investigators determined the car Medlock was in belonged to Clark, and he had taken off with the 7-month-old boy. The boy was found safe Tuesday, and Medlock turned himself in Thursday.

7/1/2021 - The father of the baby who was the subject of an AMBER Alert earlier this week has turned himself in to police.

Memphis Police said Barry Medlock, who was wanted on a charge of second degree murder, was taken into custody at 201 Poplar in downtown Memphis Thursday.

Barry Medlock turned himself in. He was taken into custody at 201 Poplar Avenue. 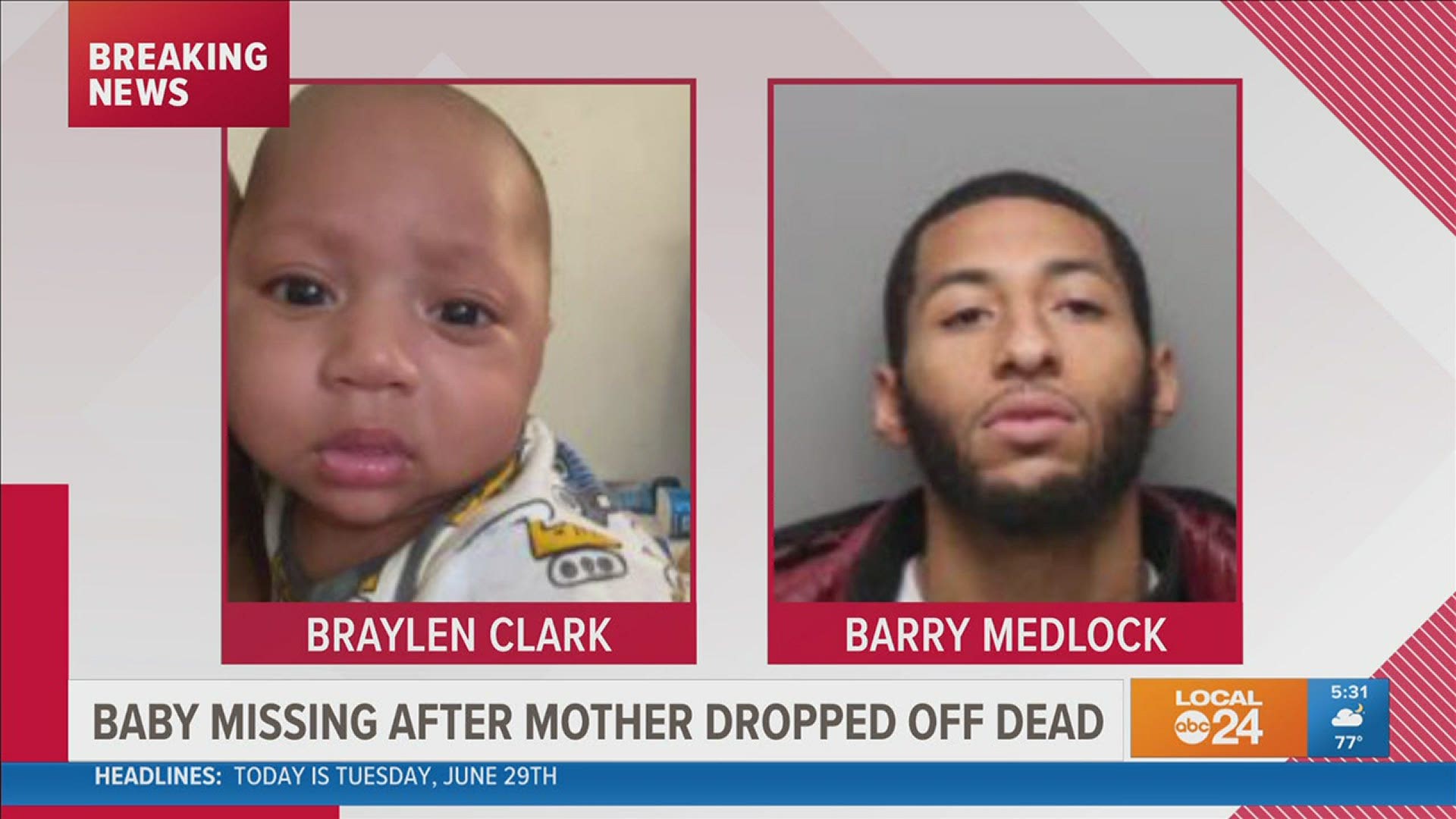 The Memphis baby, 7-month-old Braylen Clark, who an AMBER Alert was issued for Monday night, has been found safe.

The suspect, Barry Medlock, Braylen's father, is still on the run.

Braylen Clark has been located and is safe! Suspect Barry Medlock is still at large. Call 901-528-CASH with any tips on Medlock's whereabouts. https://t.co/OdmZR9zgGV

According to MPD, Braylen was dropped off at a police precinct just before 11:30 a.m.

A mother is dead, and police are looking for her infant son and child’s father.

According to the Memphis Police Department, a dead woman was dropped off to Regional One Sunday.

Police learned that the woman's 7-month-old son, Braylen Clark, was missing. The child is believed to be with his biological father Barry Medlock. Police say the woman was shot to death, and Medlock is wanted for Second Degree Murder.

Braylen was last seen wearing a blue onesie. He is 27 inches long and 18 pounds. e was last seen Sunday at approximately 1:30 p.m. in the 2060 block of Pendleton St near Memphis International Airport.

🚨#TNAMBERAlert🚨 A statewide AMBER Alert has been issued on behalf of the Memphis Police Department for 7-month-old Braylen Hunter Clark. He was last seen Sunday at approximately 1:30 p.m. He is believed to be with his non-custodial father. Call 1-800-TBI-FIND with information. pic.twitter.com/SE0IqaiRwE

Here’s additional information about Braylen and Barry Medlock. Braylen was last seen in a blue onesie. He is 27” long and 18 lbs. Have you seen Braylen or Medlock? Call 1-800-TBI-FIND. pic.twitter.com/CLy9SL8ueD

If you know the whereabouts of Barry Medlock or Braylen Clark or you have seen them, call the police immediately. pic.twitter.com/dzsNZ3okcR

The missing child's mother, who was dropped off at ROH, suffered from an apparent gunshot wound and was later pronounced deceased. A warrant has been issued for Barry Medlock for Second Degree Murder. Call 911 if you know where Medlock is located. pic.twitter.com/MhBXhMlIYS