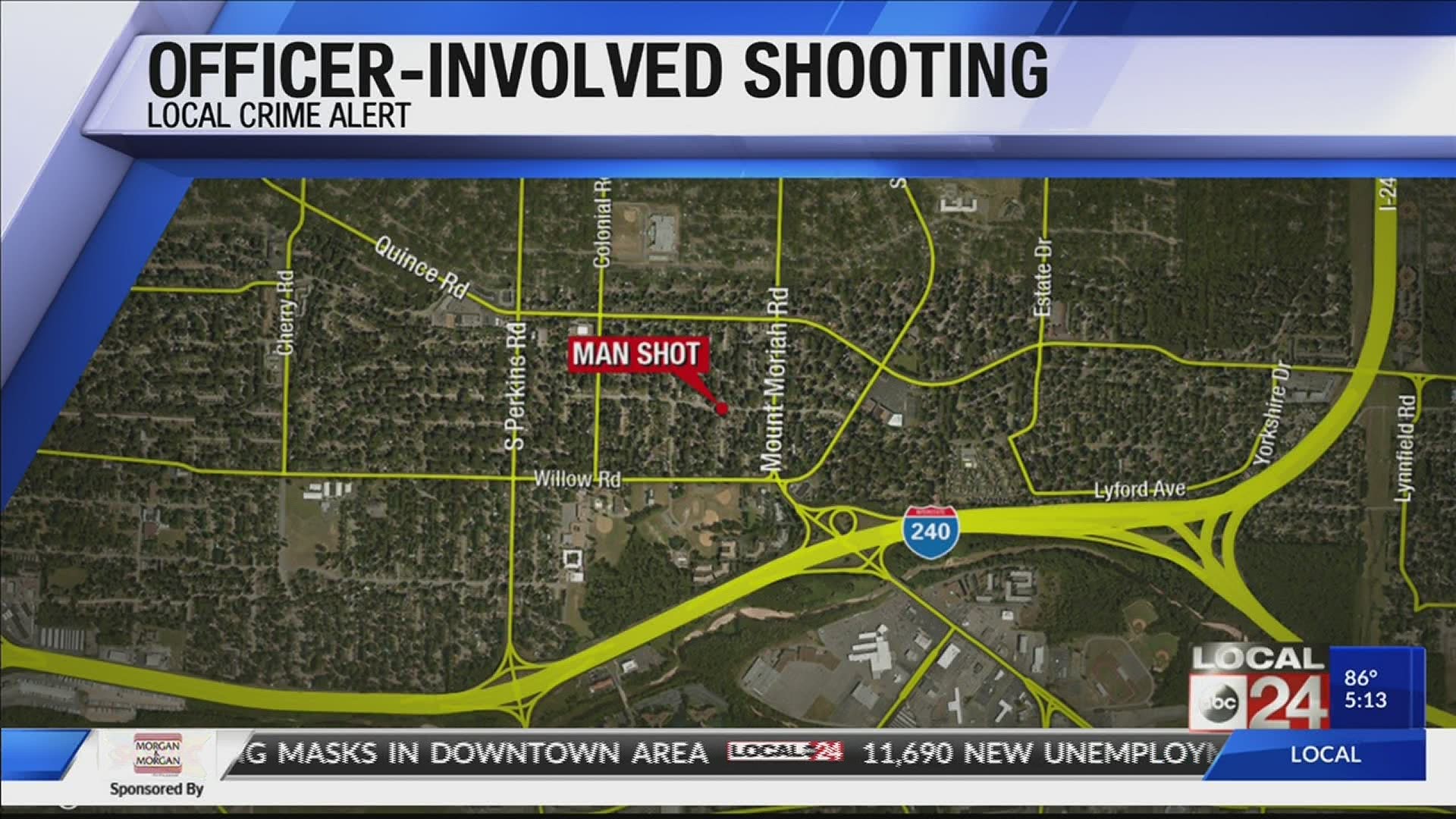 MEMPHIS, Tenn. — UPDATE 8/10/2020 - Memphis Police say Avit Taylor, 29, has been charged with Criminal Attempt Second Degree Murder, Convicted Felon in Possession of a Handgun, Employment of a Firearm with intent to commit a Felony, heroin possession and Theft of Property $1000 or less.

His mugshot is not yet available.

8/6/2020 - A man is in the hospital after being shot by a Memphis police officer early Thursday morning in East Memphis.

Officers were patrolling the area of Cranford and Helene just before 1:30 a.m. looking for car prowlers when they saw Nissan 350Z driving recklessly.  Officers tried to get the car to pull over, but, the driver refused to stop, then bailed out of the vehicle in the 4900 block of Quince.

Preliminary information on the officer involved shooting in the 4900 block of Quince. pic.twitter.com/y5AVONVZVc

The 29-year-old suspect was taken to Regional One Health in critical condition, but, has been upgraded to stable.