Bond set at $2.5 million for man charged with trying to run over officer with car in downtown Memphis 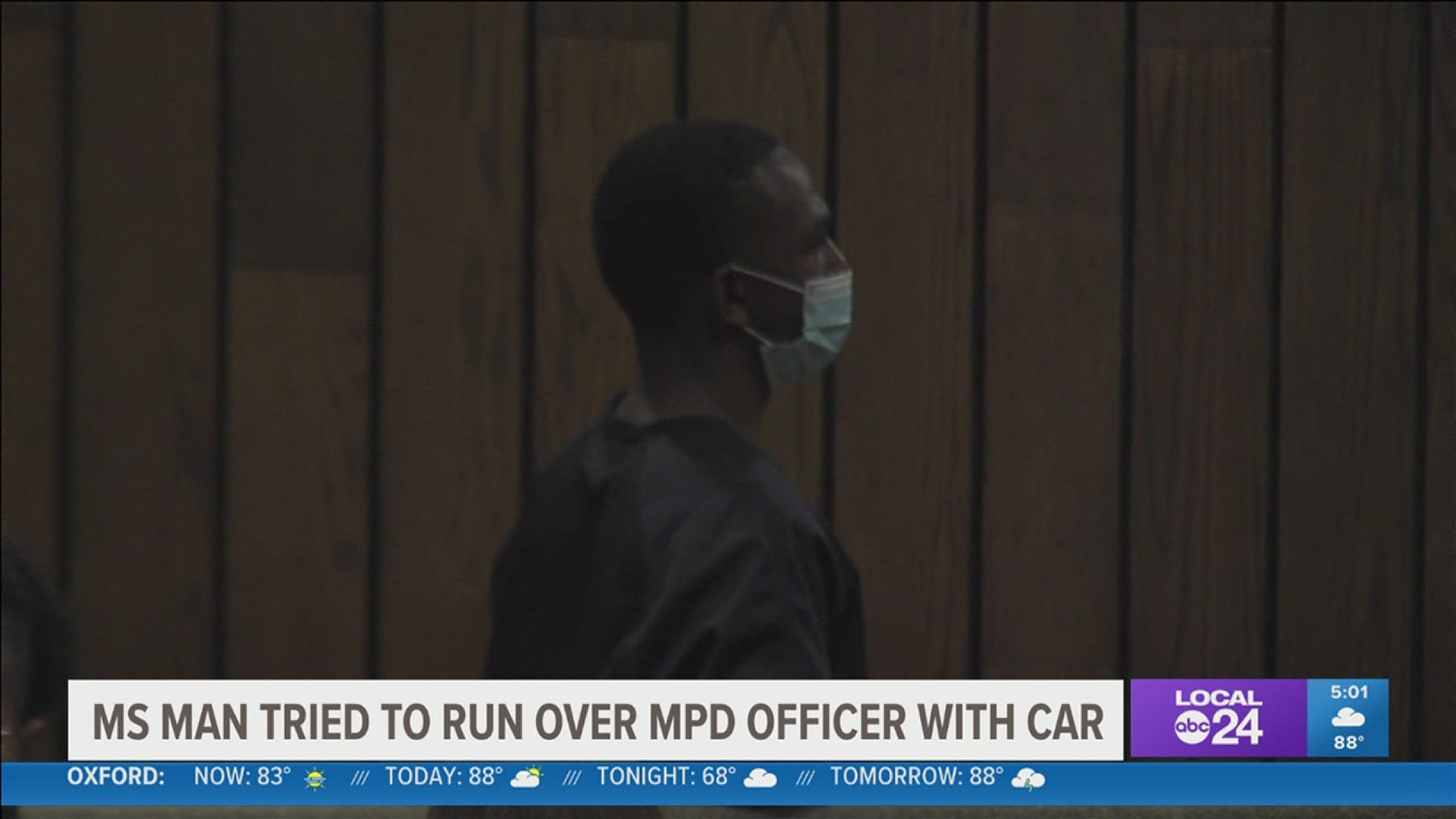 MEMPHIS, Tenn. — A Mississippi man made his first court appearance Wednesday after Memphis police say he tried to run over an officer in Downtown Memphis on the 4th of July.

Orlando Davie, 24, of Hernando, is charged with attempted murder, evading arrest, and vandalism.

According to a police affidavit, MPD officers tried to stop Davie at Front and GE Patterson around 7:15 p.m. when he was seen swerving, almost hitting pedestrians. They said he then drove into oncoming traffic and crashed into a pickup truck. Police said Davie left the scene of the crash at a high rate of speed, that's when officers called off the pursuit for safety reasons.

According to the affidavit, Davie then made eye contact with an officer who was on a sidewalk and drove onto the sidewalk in an attempt to hit the officer. The officer took cover to avoid being hit.

That officer was able to identify Davie in a photo lineup.

Davie was arraigned Thursday morning and bond was set at $2.5 million. He is set to appear in court again next week.