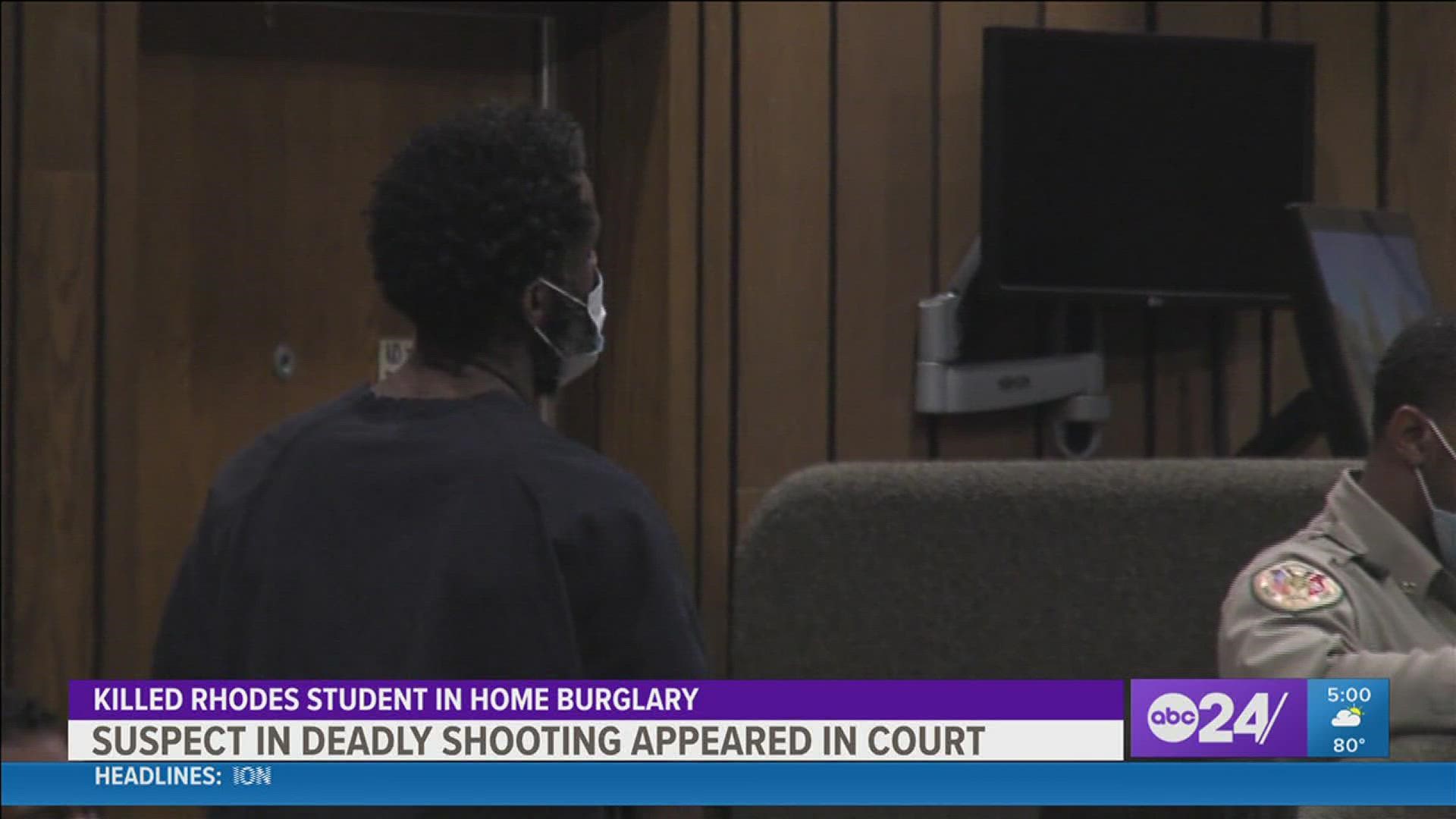 10/7/2021 - Rainess Holmes appeared in court Thursday. He was appointed a public defender and is due back in court on October 14th.

10/6/2021 - There are new details in the home invasion murder of a Rhodes College student.

According to a police affidavit, when officers arrived at the scene Sunday at 703 N. McLean Sunday at 5:40 a.m. they found Drew Rainer, 22, laying at the bottom of the staircase with a gunshot wound to the chest.

A woman had also been shot in the hand.

Three other people who were at the home at the time told officers the front door was kicked in and three or four people wearing hoodies tightly drawn to their faces came inside. The victims were told not to look at the suspects.

Investigators said the suspects told Rainer to type in his passcode to his iPad, and when he didn't, he was shot.

According to the affidavit, Rainer fought with one of the suspects over the gun before a second shot was fired, which hit the woman.

Police said the suspects then left with several phones, gaming systems, video games, and other electronics.

The affidavit said one of the victims tracked his stolen iPad to the Summer Inn at 3025 Summer. Officers who went to the motel reported they found a stolen Jeep Wrangler in the parking lot which had been used in the crime.

While officers were checking the Jeep, they said they saw a man and woman approaching it. When the man saw officers, they said he ran behind the hotel into a drainage ditch. The man got away, but officers found Drew Rainer's wallet and one of the other victim's cell phone in the ditch.

The woman stayed on scene and told officers the man who ran was Rainess Holmes, 36.

Rainess Holmes is in custody. The U.S. Marshals Two Rivers Violent Fugitive Task Force located Holmes in the 3100 block of Powell.
Thanks to everyone who called in tips on this case. https://t.co/Z6go1Ip4Bn