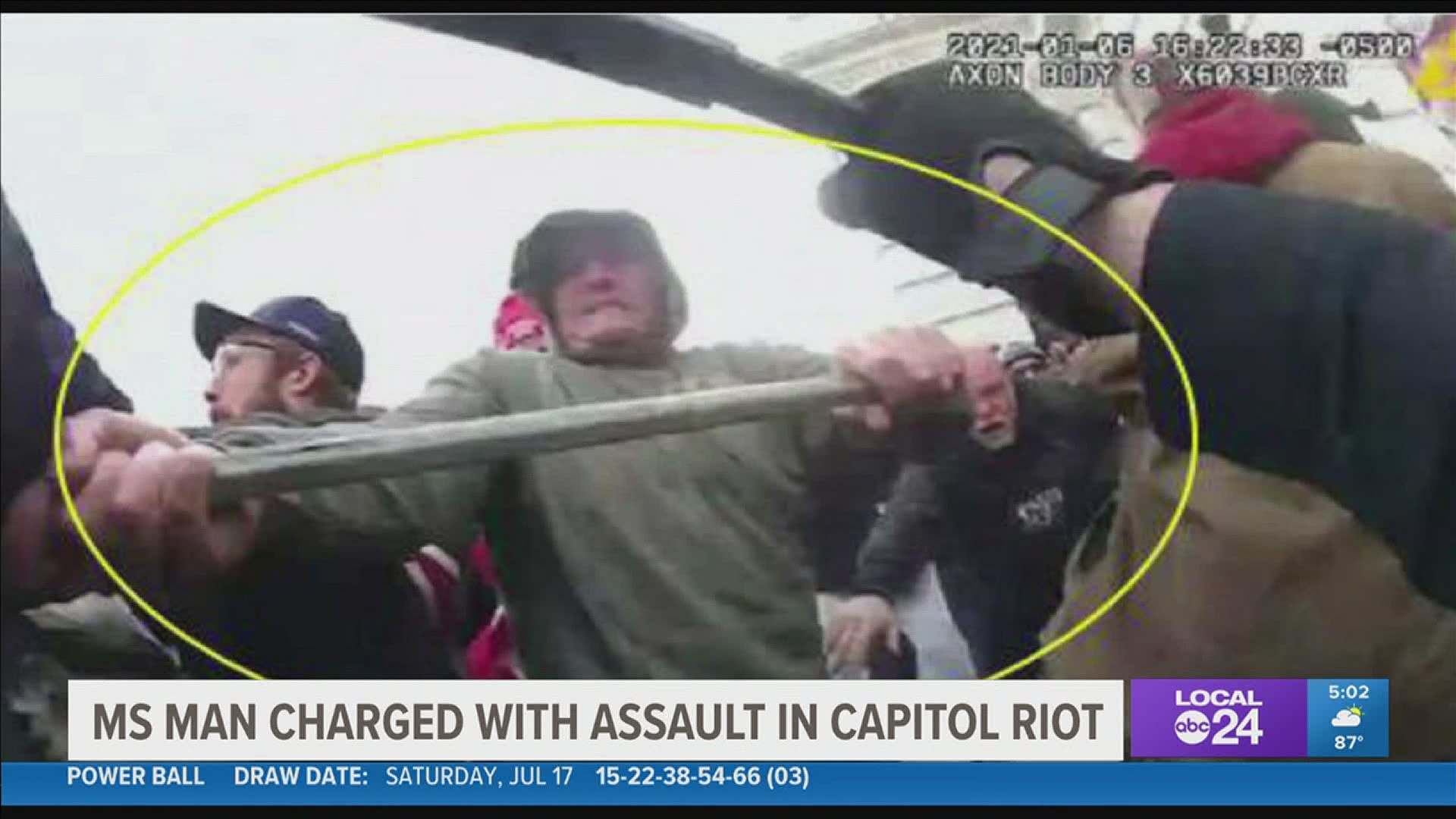 MEMPHIS, Tenn. — A North Mississippi man was arrested Tuesday, accused of charging and striking officers during the January 6th riot at the U.S. Capitol.

54-year-old Michael Leon Brock of Walls, Mississippi, is charged with several federal offenses, including “assaulting, resisting or impeding certain officers and obstruction of law enforcement during civil disorder.” He made his first court appearance Wednesday morning.

According to the U.S. Department of Justice, Brock was on the Upper West Terrace of the Capitol, and video showed him charging law enforcement officers while holding a four-foot rod. The DOJ said the video shows Brock repeatedly pushing and hitting officers with the rod.

From the DOJ: “In the six months since Jan. 6, more than 535 individuals have been arrested in nearly all 50 states for crimes related to the breach of the U.S. Capitol, including over 165 individuals charged with assaulting or impeding law enforcement. The investigation remains ongoing.