In a Facebook post, Tate County Sheriff Brad Lance said he couldn't charge the child with felony animal cruelty because the child wasn't an adult. 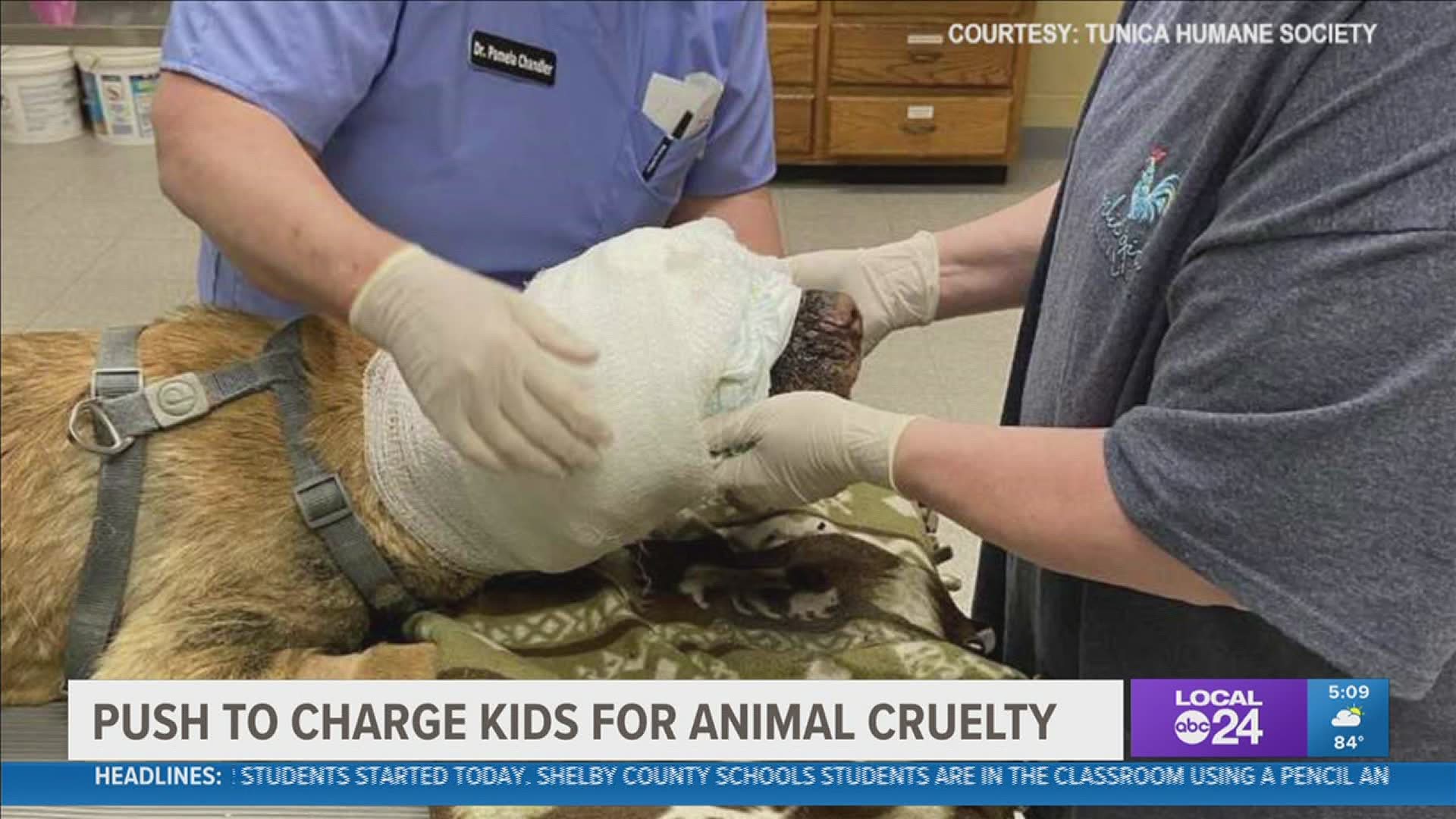 MEMPHIS, Tenn. — A north Mississippi sheriff wants to change state law after a child was accused of torturing a dog.

The sheriff said a juvenile in Tate County confessed to tying an electrical cord around the dog's neck and setting it on fire. In a Facebook post, Sheriff Brad Lance said he couldn't charge the child with felony animal cruelty because the child wasn't an adult.

The post said, "As many of you are aware, last Thursday we received a report of a dog that was severely burned on Peavine Road.  This morning our investigators obtained a confession from a juvenile who admitted to purposely injuring the dog. Due to the age of the juvenile we are not able to file criminal charges in this case. While this terrible act is a felony crime punishable by up to 3 years in prison, under Mississippi law no person under the age of 12 can be charged with a crime."

Lance wants to change the law for any future cases.

In a second post, Sheriff Lance said, "I have fielded numerous calls, emails, and messages concerning my post from yesterday.  We are just as frustrated as anyone that more cannot be done through the justice system regarding the juvenile in this case. I have had people railing that I should "do the right thing" and "do your job" - Whether they believe it's the right thing or not, I am bound to follow the laws of our state. Our investigators worked hard on this case and they also are frustrated. We didn't write the laws of our state. We have exercised every available option under the law. If this offender had been an adult, they would be sitting in jail facing up to three years in state prison and I would be able to release almost every detail of the case.  While I can tell everyone that things are being done regarding this juvenile, I am prohibited from releasing details.  We are sworn law enforcement officers, we are not lawmakers."

Lance said deputies are now investigating a possible threat to the child, because someone offered a reward for the identity of the family.