Investigators said the USPS worker shot and killed two coworkers and self at the USPS facility in Orange Mound. 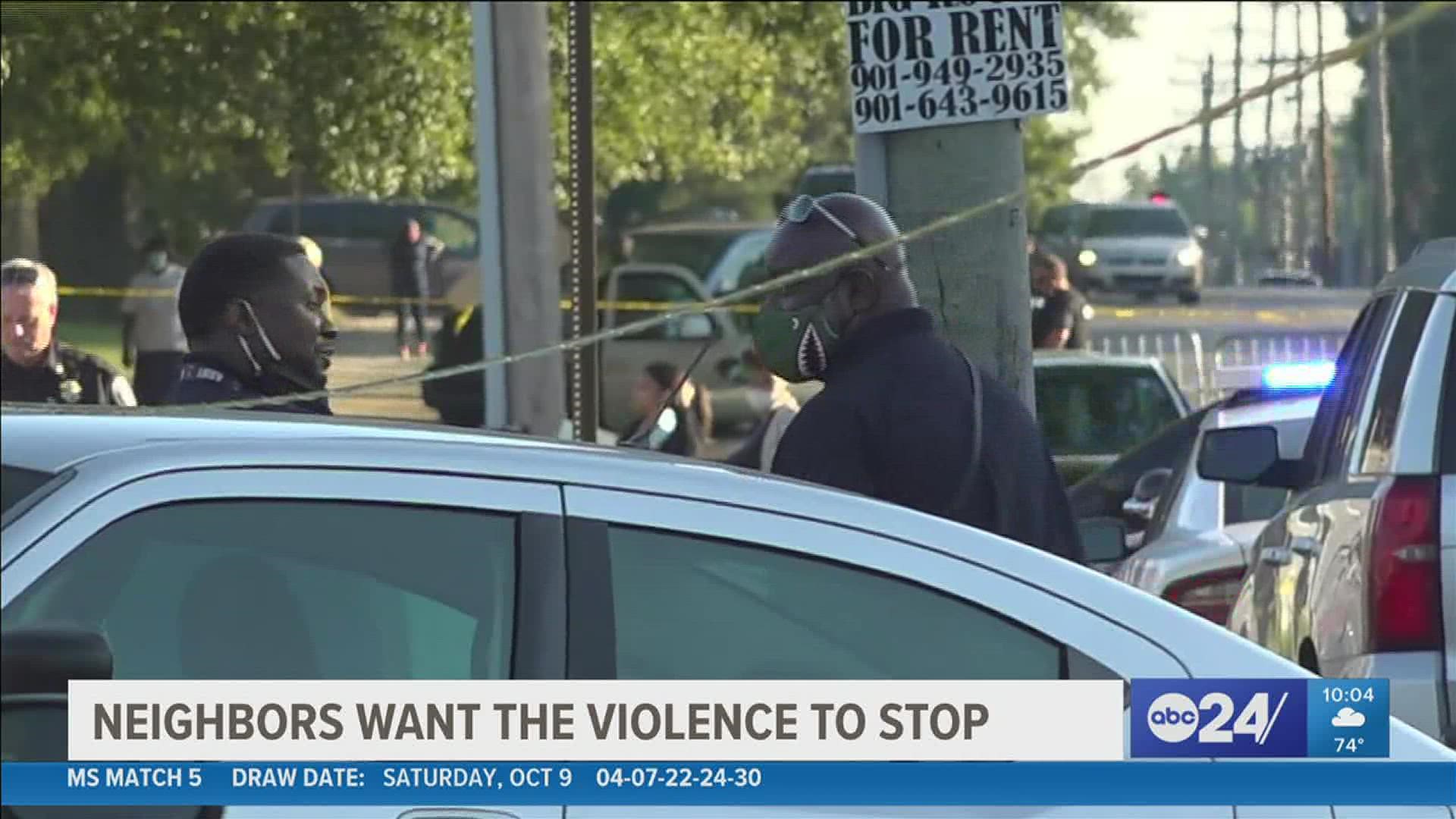 MEMPHIS, Tenn. — Neighbors in Orange Mound were saddened to hear a U.S. Postal Service worker brought a gun to the facility on Park Avenue and killed two coworkers before turning the gun on themselves.

This latest workplace shooting reminded many of them of the shooting just weeks ago when a disgruntled employee opened fire at the Kroger in Collierville.

At this point in the investigation, it's unclear what caused the employee to bring a gun to work.

Neighbor Kelvin Bowen said violence is not the answer to conflict.

"All I can say is it’s hard out here," Bowen said. "This pandemic going on and everybody is trying to feed their families and people have got to start thinking about that."

#BREAKING: Memphis Police Officers are on the scene of a shooting at 2801 Park Ave in support of the FBI and USPS.
The Memphis Police Dept. is assisting with securing the perimeter and the scene.
There are no active threats. The scene is secured. @MEM_PoliceDept https://t.co/JbVHBRmS38

Just down the street from the USPS facility were several anti-violence signs in peoples' yards. Glover said his community tries to put a stop to the crime.

"Crime is everywhere," Glover said. "There’s no place in Memphis where you are not having crime."

Bowen suggested a possible solution to the crime is better surveillance.

"More security, more cameras, that’ll stop a lot of everything," Bowen said. "When you got an eye looking at you, you ain’t going to do nothing."