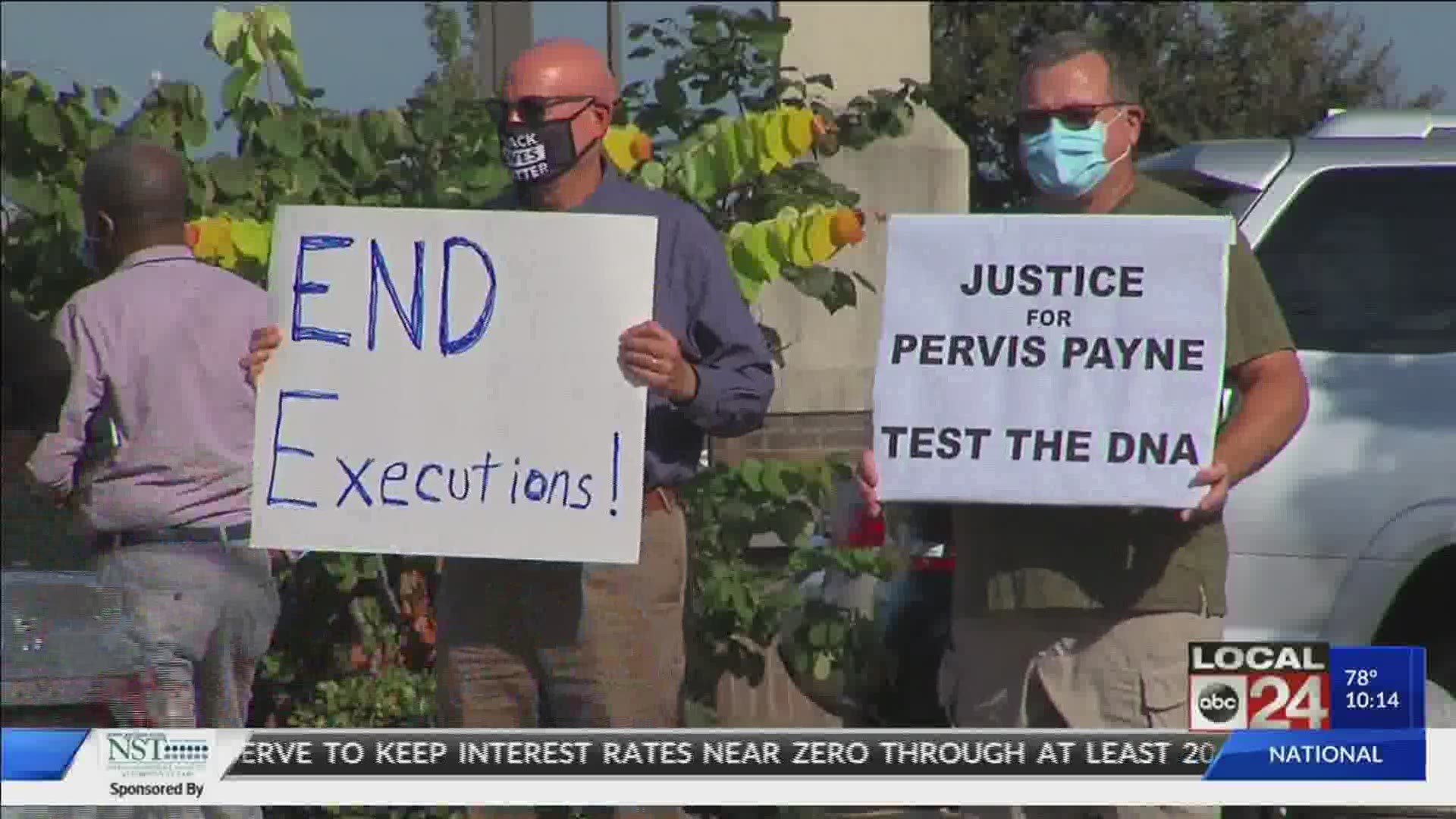 MEMPHIS, Tenn — It was a victory Wednesday for lawyers representing a death row inmate. A judge ruled evidence from the crime in 1987 can be tested for DNA after all.

Wednesday protesters gathered at Union and McLean in support of Payne,  who a jury convicted more than thirty years ago for stabbing to death Charisse Christopher and her 2-year-old daughter Lacie Jo.

Payne's lawyer says his client has an intellectual disability.

“We are deeply grateful to the judge for her order,” said Kelley Henry, Pervis Payne’s lawyer. “It is thorough, it is detailed. It is correct.”

Henry says Payne was thankful for the ruling made by a Shelby County judge allowing DNA testing for the first time in the case.

“He is anxiously awaiting the results of the testing obviously and we all are because he’s been trying to prove his innocence for 33 years. This is the first real break he’s gotten.”

This afternoon - protesters called for justice for #PervisPayne, an inmate with an intellectual disability who is set to be executed in December. He was convicted of killing a Millington mother and her child in 1987. @LocalMemphis pic.twitter.com/GiK6N0iVh7

But it’s also possible the DNA results could produce a hit on the CODIS database for serial killers.

District Attorney Amy Weirich -- who opposed the testing -- now says her office will not appeal the ruling.

Prosecutors won their case initially arguing on a theory Payne was on drugs at the time of the murder.

“When they had the opportunity to get that evidence, when his mother was begging at the police station the night of his arrest to test him for drugs and they didn’t do it, they destroyed exonerating evidence,” said Henry.

Payne’s lawyer says it will take 60 days for the DNA testing to be completed – that’s in November.