DICKSON, Tenn. (WKRN) – After counterfeit money was used to pay for a pizza delivery, Dickson police broke up an alleged printing operation at a local hotel. Di... 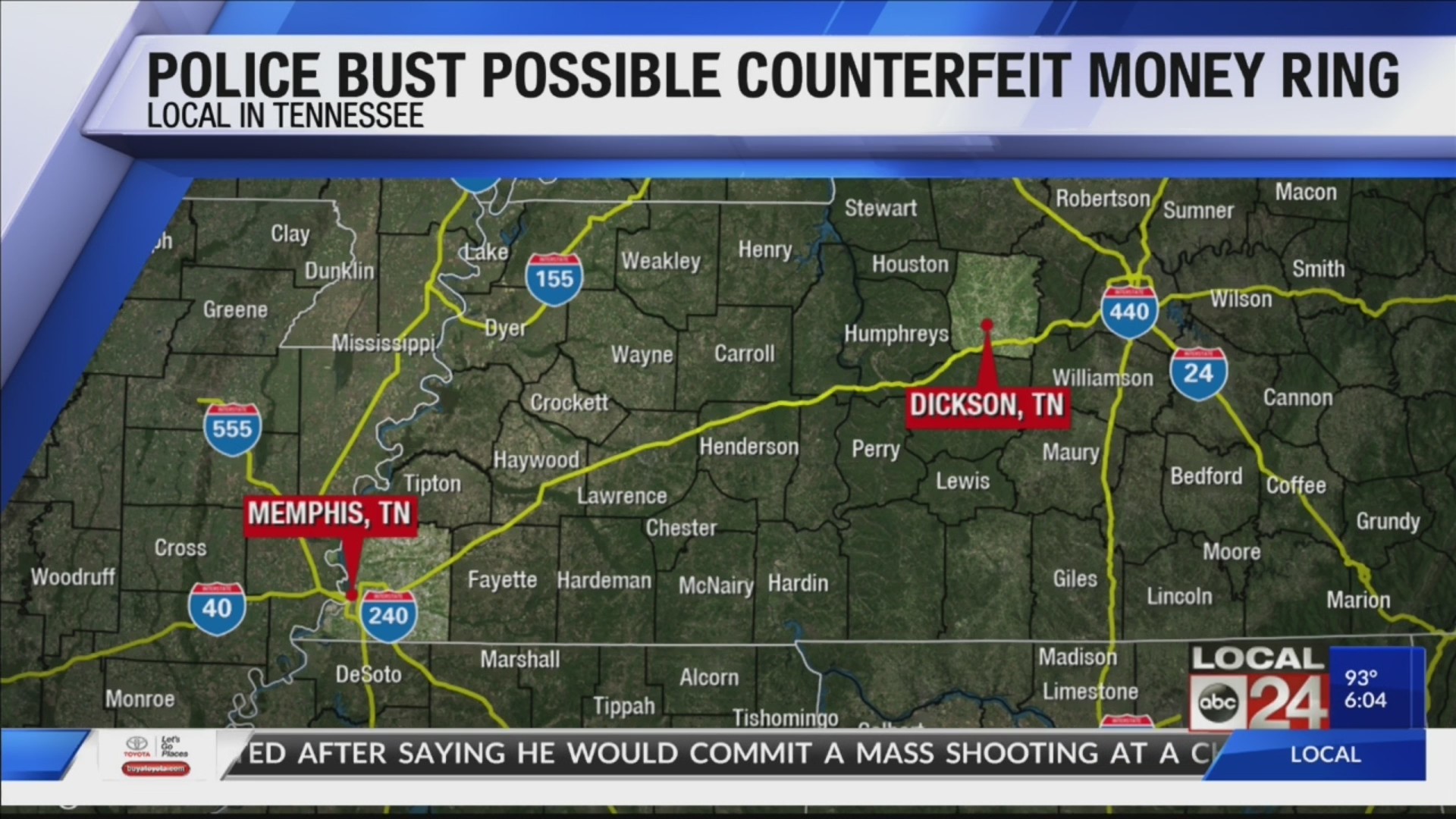 DICKSON, Tenn. (WKRN) – After counterfeit money was used to pay for a pizza delivery, Dickson police broke up an alleged printing operation at a local hotel.

Dickson Police Department Det. Kirk Davidson said the investigation into the suspected counterfeiting operation is ongoing. No arrests have been made at this time.

Davidson said the Criminal Investigation and Patrol divisions have been working for over a year investigating reports of counterfeit bills being passed at area businesses.

The break came Monday, Aug. 12, when a Domino’s Pizza delivery driver realized he had been given $60 in fake bills while making a delivery to a room at Motel 6, 2325 Hwy 46 S., and called the police.

Dickson Police Department patrol officers responded to the room and while questioning an occupant, a person in an adjoining room stepped out of the door and the officers recognized him as a suspect with active warrants. While arresting him on the outstanding warrants from White Bluff, the officers spotted a Canon printer and what appeared to be counterfeit $20 and $10 bills inside the room.

He says the department has been working to connect the operation to other reports of counterfeit money being passed in Dickson, Cheatham and Davidson counties and the U.S. Secret Service has sent two agents to review the evidence and consider whether to open a federal investigation.

In addition to the counterfeit money, paper and printing supplies, police recovered a handgun from one of the rooms.

Davidson said evidence from the investigation will be presented to the next session of the Dickson County Grand Jury.