Report: Gun crimes down, violent juvenile crimes up in Memphis

MEMPHIS, Tenn. (localmemphis.com) – A new report shows that reported gun crimes are down compared to last year, but violent juvenile crimes are up signifi... 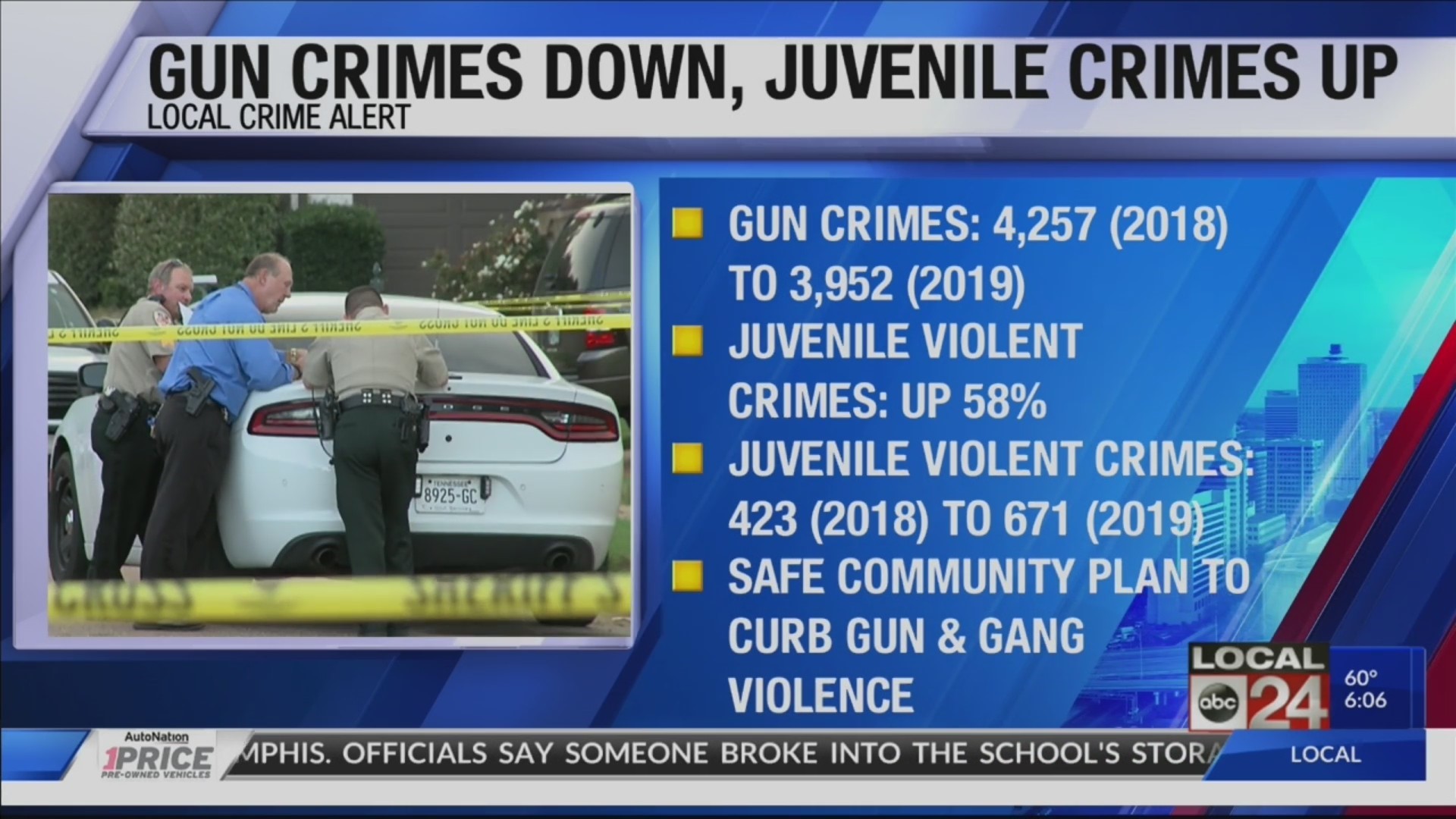 MEMPHIS, Tenn. (localmemphis.com) – A new report shows that reported gun crimes are down compared tolast year, but violent juvenile crimes are up significantly.

In the numbers released by the Memphis Shelby Crime Commission andthe U of M Public Safety Institute, the incidents involving guns in Memphis droppedfrom more than 4,200 to 3,900.  But thenumber of major violent charges against juveniles went up nearly 60% from 420to 670.

The district attorney’s office says there is a safe community planin place with steps to curb gun and gang violence.

From the University of Memphis Public Safety Institute:

For the first three quarters of this year (January – September), reported gun crimes were down compared to last year, but violent delinquent charges against juveniles were up significantly. The figures were released by the Memphis Shelby Crime Commission and the University of Memphis Public Safety Institute.

The TBI maintains data on the number of certain types of crimes involving guns. (One incident can involve more than one crime, depending upon the different types of offenses committed and the number of victims.)  TBI figures show 7,183 crimes with guns reported in Memphis during the first three quarters of this year compared to 7,364 last year – a 2.5 percent decrease.

Going against the overall downward trend in reported violent crimes and, more specifically, gun crimes is the increase in major violent delinquent charges against juveniles. (“Delinquent” charges are the same as “criminal” charges against adults.) Through September of this year, according to data provided by the Juvenile Court, there were 671 major violent delinquent charges compared to 423 in 2018 – a 58.6 percent increase.

“We are encouraged that reported violent crime is down so far this year, as well as crimes involving guns. At the same time, we are seeing a disturbing and significant increase in violent delinquent charges against juveniles who are often affiliated with gangs,” said District Attorney Amy Weirich.

The current Safe Community Plan contains a number of steps designed to curb gun and gang violence, including (1) expansion of the Multi-Agency Gang Unit, (2) an increase in law enforcement officers coupled with data-driven deployment, (3) a focused deterrence approach geared toward high-risk repeat offenders, (4) strong prosecution of gun crimes, and (5) support for a youth assessment center to reduce the number of repeat juvenile offenders.