Without changing law, policy or current practices, the report predicts the Knox County Correction system would need to house more than 3,500 inmates by 2043. 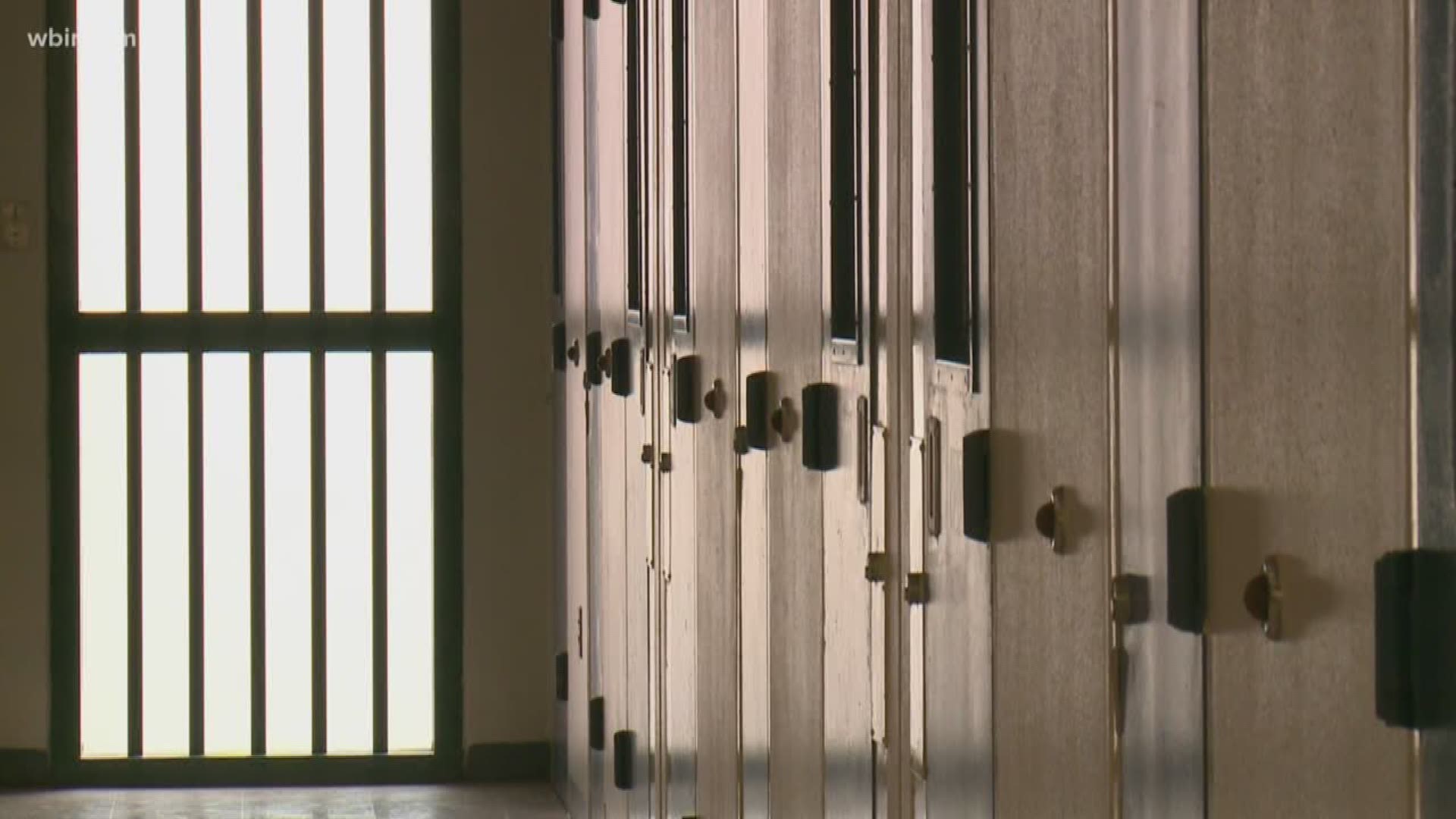 KNOX COUNTY, Tenn. — For years, Knox County leaders have talked about funding an additional pod to ease the chronic overcrowding at the Knox County Detention Facility.

But a new report obtained by 10News showed adding a new pod will not stop the rising number of inmates housed in the county. Instead, it offered pages of policy changes that could help stabilize and/or reduce the number of Knox County inmates.

"Essentially every county across the state of Tennessee is facing an issue with overcrowding in the jail system," Knox County Mayor Glenn Jacobs said. "We have to look at the system and figure out alternative pathways."

In 2018, the Knox County Correction system averaged 1,443.8 inmates a day. Without changing law, policy or current practices, the report predicted that number would skyrocket to 3,532.6 by 2043.

The current capacity of the jails is approximately 1,500 inmates, Jacobs said.

"It could really be quite overwhelming when we look at the next quarter century," he said. "All of those trends, they're not good to say the least."

Jacobs said he went to Nashville last week to talk with state officials about solving the overcrowding issues. The report found part of Knox County's problem is the number of inmates waiting to be transferred into a TDOC facility has nearly doubled in the last year.

TDOC said it has already received 375 inmates from Knox County, about double the number of inmates received from Shelby and Davidson counties.

"Across the state, the Department of Correction continues to work with all county partners to the best of our ability in an effort to help alleviate the incarceration challenges that many of our county partners are experiencing," TDOC said in a statement.

Mayor Jacobs is starting a criminal justice committee with key players to discuss the problem regularly.

"People will be coming from not only the criminal justice sector, but also the private sector, non-profits and social services to come up with ideas of what we can do to mitigate the problem," he said.

The study suggested the committee, as well as pretrial services, can lead to "quick wins" for the county.

"There is no silver bullet for a solution," Jacobs said. "I think that we can all do little things along the way that in the end can make a big impact."