Savannah, TN woman charged in death of her father

(TBI NEWS RELEASE) – Special Agents from the Tennessee Bureau of Investigation alongside investigators from the Savannah Police Department have arrested a... 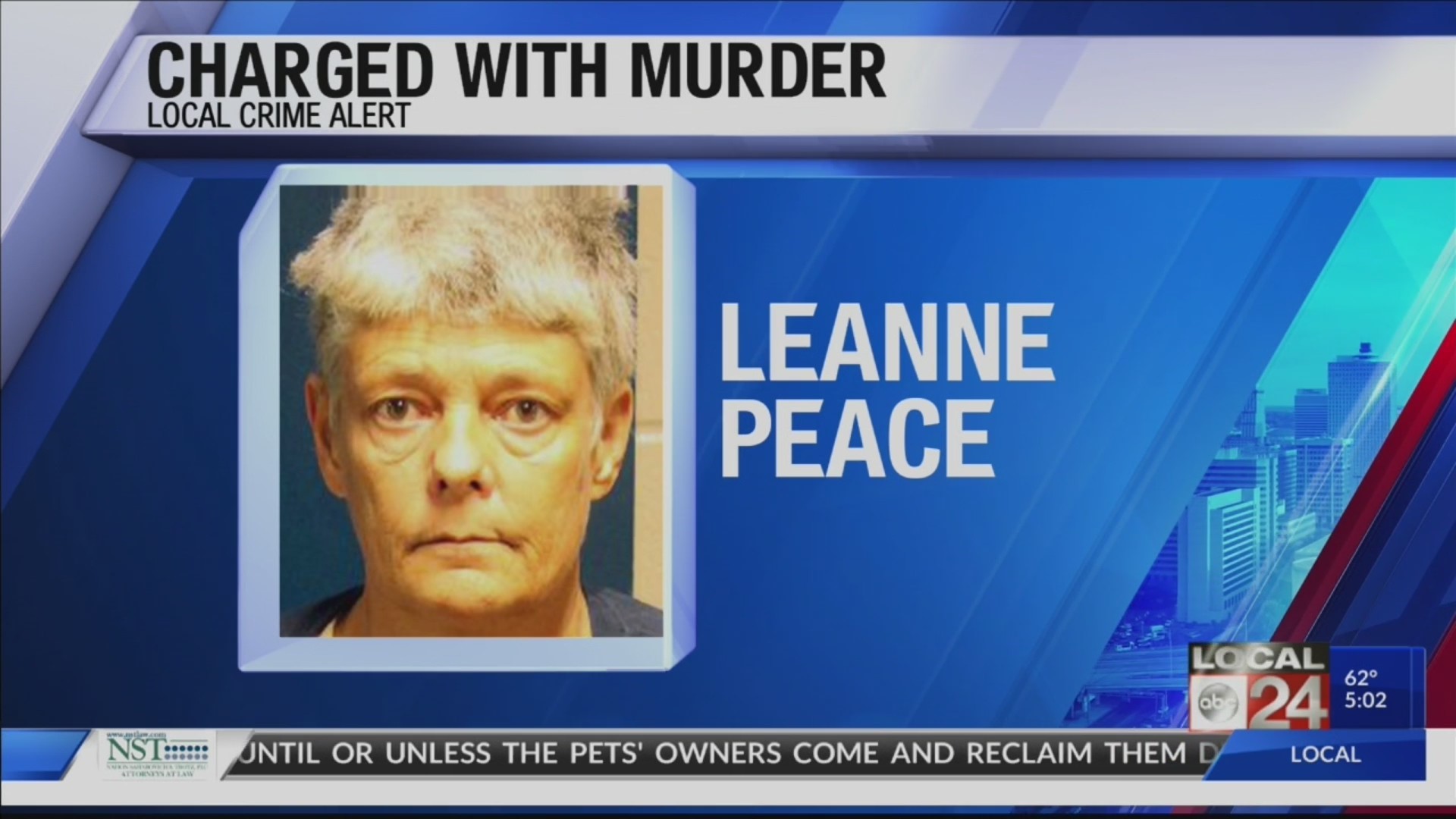 (TBI NEWS RELEASE) – Special Agents from the Tennessee Bureau ofInvestigation alongside investigators from the Savannah Police Department havearrested a Savannah woman in connection with the death of her father.

On October 18th, at the request of 24thDistrict Attorney General Matt Stowe, TBI agents joined investigators with theSavannah Police Department in responding to a home in the 200 block of PleasantStreet in Savannah where human remains were found.  LeAnne Peace hadrented the house and lived there with her father Jack Peace (DOB:9/19/39).  A search to locate Jack Peace was unsuccessful and it was laterdetermined he had died on an unknown date.

During the course of the investigation, authorities developedinformation leading to LeAnne Peace (DOB: 11/08/65) as the person responsiblefor her father’s death as well as other alleged crimes.  On October 28th,LeAnne Peace was arrested in Fulton, Kentucky on a charge of Aggravated AnimalAbuse and was returned to Savannah and booked into the Hardin CountyJail.

Tuesday, during her arraignment in Hardin County General SessionsCourt, Peace was charged with additional counts of First Degree Murder,Aggravated Elder Abuse, and Abuse of a Corpse.  Her bond is set at $1million.