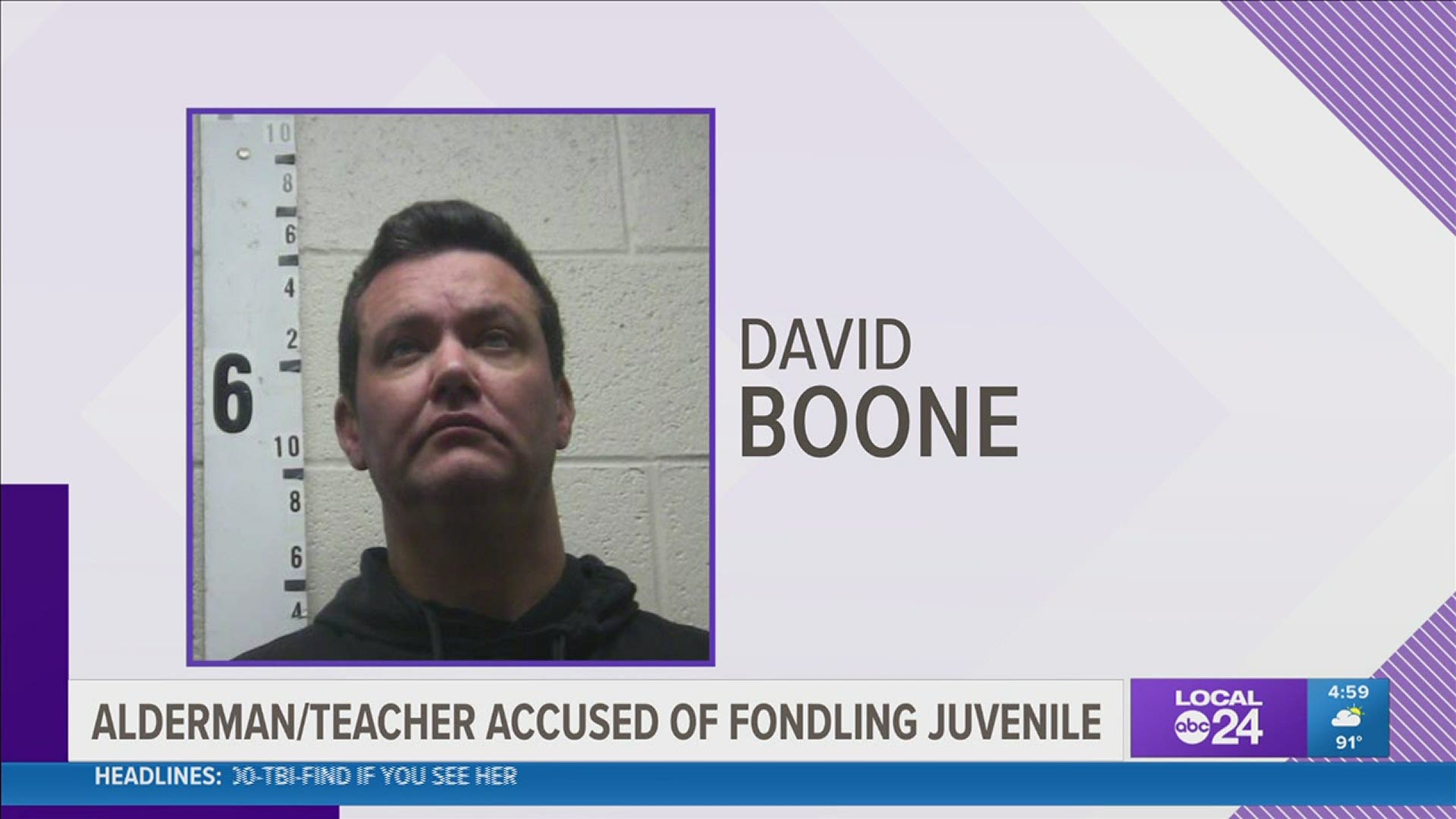 According to the Tipton County Sheriff's Office, deputies arrested Boone Wednesday evening in Brighton on two counts of fondling - based on warrants from the DeSoto County Sheriff's Department.

Southaven Police said an investigation into the 46-year-old started last August after the sexual assault of a juvenile was reported.

The staff directory at White Station High School in Memphis listed Boone as a theatre teacher.

SCS said Thursday: "David Boone has been on leave since October 19, 2020. He remains on unpaid administrative leave pending the disposition of an investigation managed by an external agency."

Weeks after being put on leave, Boone won a seat on the Brighton Board of Aldermen in early November.

"He's new to the board, new to us. It's unexpected," Brighton Police Chief Mike Durham said.

No one answered at Boone's listed Brighton address Thursday afternoon but one neighbor had plenty to say.

"Until they say he's actually guilty, he's innocent in my eyes," that neighbor - who didn't want to be identified - said. "It just doesn't go together at all if you were to ask me. He just seems like you know, a really great guy, he's always, like I say, very friendly."

Just in, additional details about the investigation: pic.twitter.com/PTrT8B6Zhy