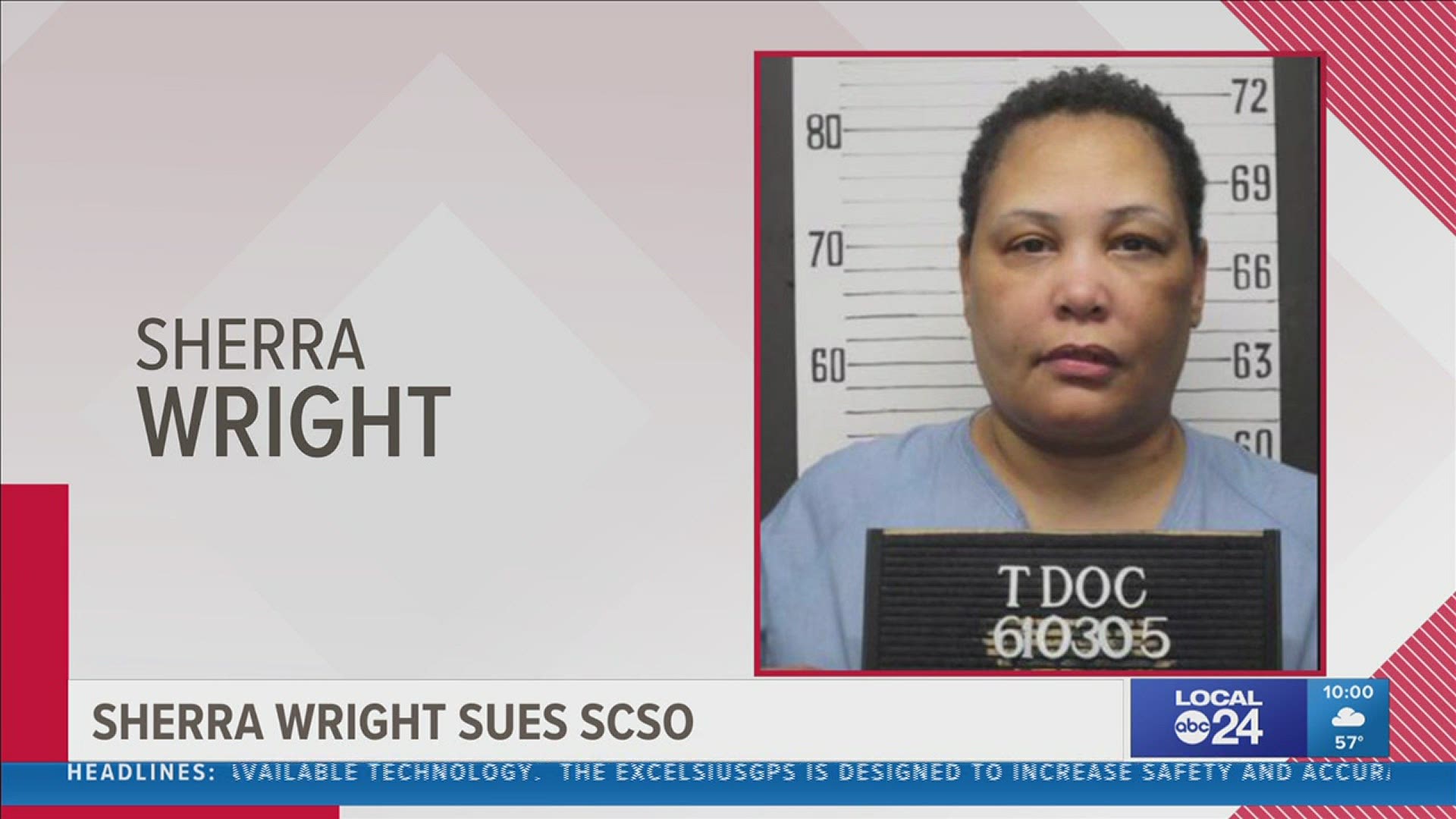 In her lawsuit, which was filed December 17, 2020, Sherra lists four defendants --two sergeants and two correctional officers-- and claims she suffered “cruel and unusual punishment.” The lawsuit claims that she “suffered extreme mental anguish and distress.” It goes on to say, “Currently I suffer from post-traumatic stress disorder, nightmares and depression, anxiety, along with resulting physical distress.” She is suing for $2 million in compensatory damages and $10 million in punitive damages. The lawsuit does not list an attorney.

Lorenzen was last seen alive on July 18, 2010, when he left the Collierville home of Sherra Wright. Germantown Police received a 911 call from his cell phone early the next morning, but the call was interrupted by gunfire. Wright’s body was discovered July 28, 2010, in a field by Callis Cutoff Road near Hacks Cross and Winchester. He had been shot multiple times. He was 34-years-old.

That indictment alleged that Sherra Wright and Turner:

- (Count 3) between April 1, 2010, and July 17, 2010, attempted to unlawfully, intentionally and with premeditation kill Lorenzen Wright, acquired firearms to commit the act, recruited an unindicted co-conspirator to help them and, on the part of Turner, travelled to Lorenzen Wright’s home outside of Atlanta to commit the offense. While the offense was committed in part in other jurisdictions, it began in Shelby County, Tenn.