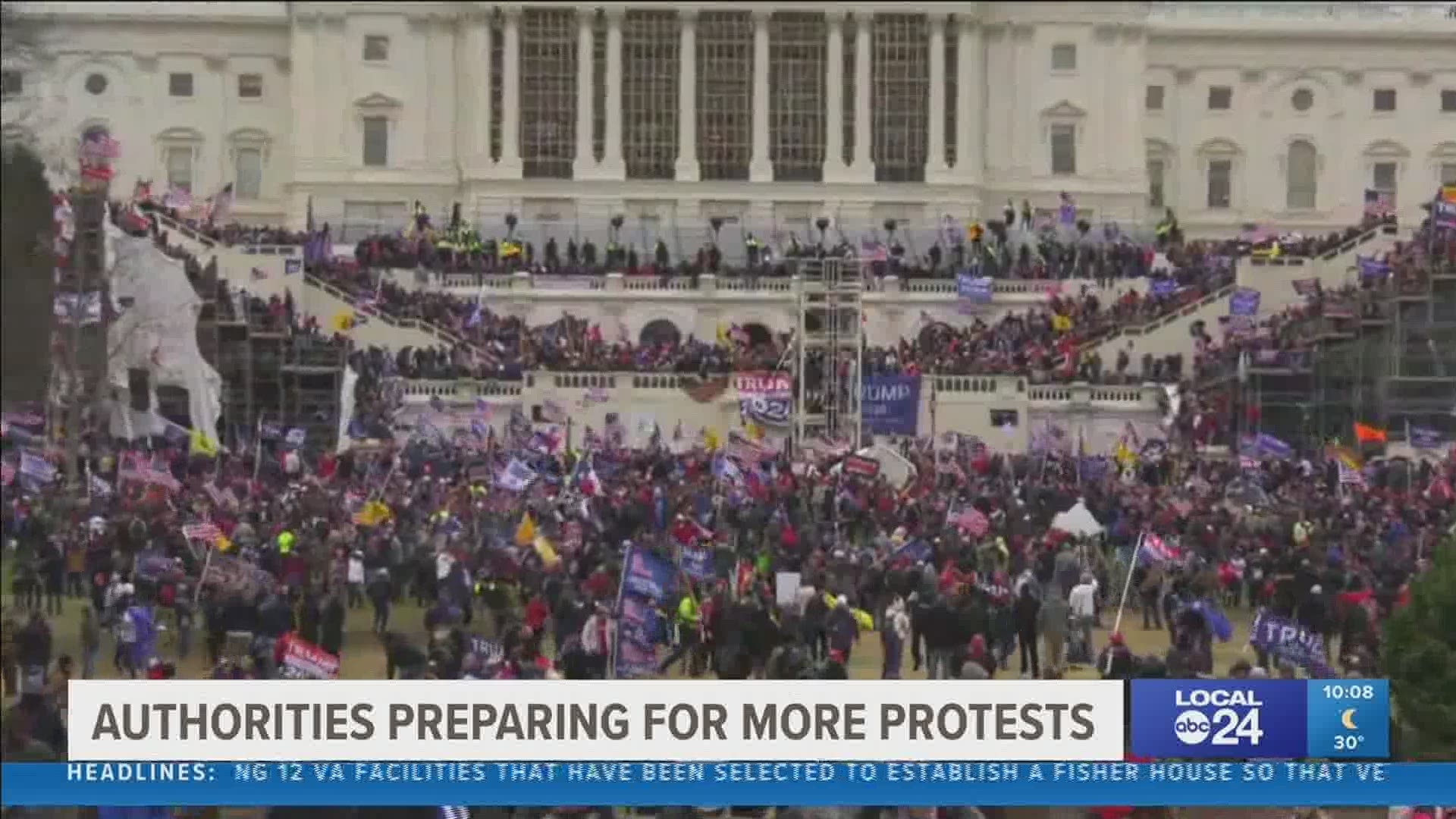 The attack on Congress has law enforcement and legislators working to ensure it doesn't happen again anywhere across the U.S.

The FBI today warning of possible threats of armed protests at all 50 state Capitols and the U.S. Capitol.

Trump supporters and extremists claim their armed presence are in efforts to keep Donald Trump in office and they're threatening violence to get what they want.

The problem is Trump flat out lost the election despite his and his enablers constant lies of a fraudulent election...something several courts including the highest court in the nation has refuted.

So, here we are with threats of an armed militia surrounding the U.S. Capitol on Inauguration Day and violence at all 50 state Capitols.

The U.S. Joint Chiefs of Staff even sending out a memorandum to all armed forces to stay ready and stay focused on the mission to protect our democracy.

Never in this nation's history has there been such resistance to one candidate's loss of the presidency.

What we now know is that the Tennessee Highway Patrol is working with Metro Nashville Police to secure the Tennessee State Capitol.

"I think that given what happened at the capitol last week, most of us are concerned about the what could happen. But I'm happy that our law enforcement agencies are taking things seriously and have a strong presence at the capitol."

You may remember during Black Lives Matter protests on The Hill in Nashville last year conservative lawmakers pushed and passed a law making it a felony for demonstrators to camp out on Capitol premises.

Intelligence has even revealed threats on federal buildings in other cities.

U.S. Attorney Dunavant Announces That Federal Authorities Are Investigating Any Potential Violations of Federal Law by Residents of Western District of Tennessee at U.S. Capitol: Officials will investigate and charge any potential violations of federal ... https://t.co/QsrxaDgMf1