A suspect in the disappearance of a 14-year-old girl in West Tennessee has now been indicted for her murder. 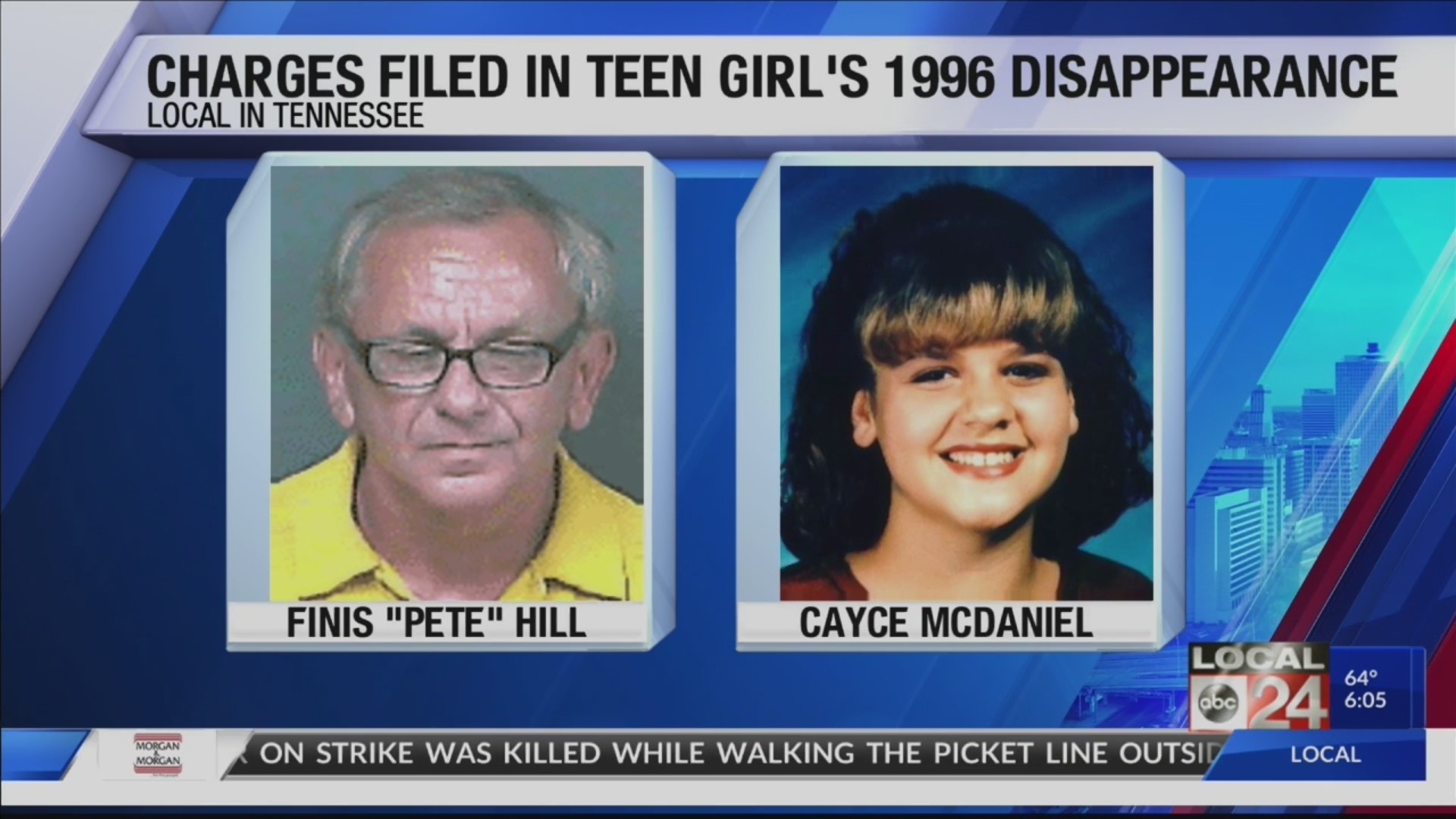 GIBSON COUNY, Tenn. (localmemphis.com) – A suspect in the disappearance of a 14-year-old girl in WestTennessee has now been indicted for her murder.

October 19th, 2019, a Gibson County Grand Juryindicted Finnis Hill, known as “Pete,” with two counts of first-degree murderand two counts of aggravated rape in the abduction, rape, and murder of CayceMcDaniel from her home in Milan in 1996.

Cayce McDaniel was reported missing from Milan in August of1996. Family members said a chaperone had dropped her off at home after a churchdance. She was discovered missing the next morning.

After more than 20 years, Hill was named a suspect in July 2018. Family members of McDaniel told ABC affiliate WBBJ-TV at the time that Hill had been on the radar of law enforcement for a while.

Hill was arrested inMississippi on unrelated charges in June 2018. Investigators said Hill traveledfrom Tennessee to Mississippi with the goal of engaging in a sexual act with aminor. He was indicted by a grand jury in that case in July 2018.

Hill is being held in federal custody and will be broughtback to Gibson County to face the charges in McDaniel’s murder.

The investigation is ongoing and anyone who believes theyhave information on McDaniel’s murder is asked to call Milan police at731-686-3309 or the FBI tip line at 901-747-4300.