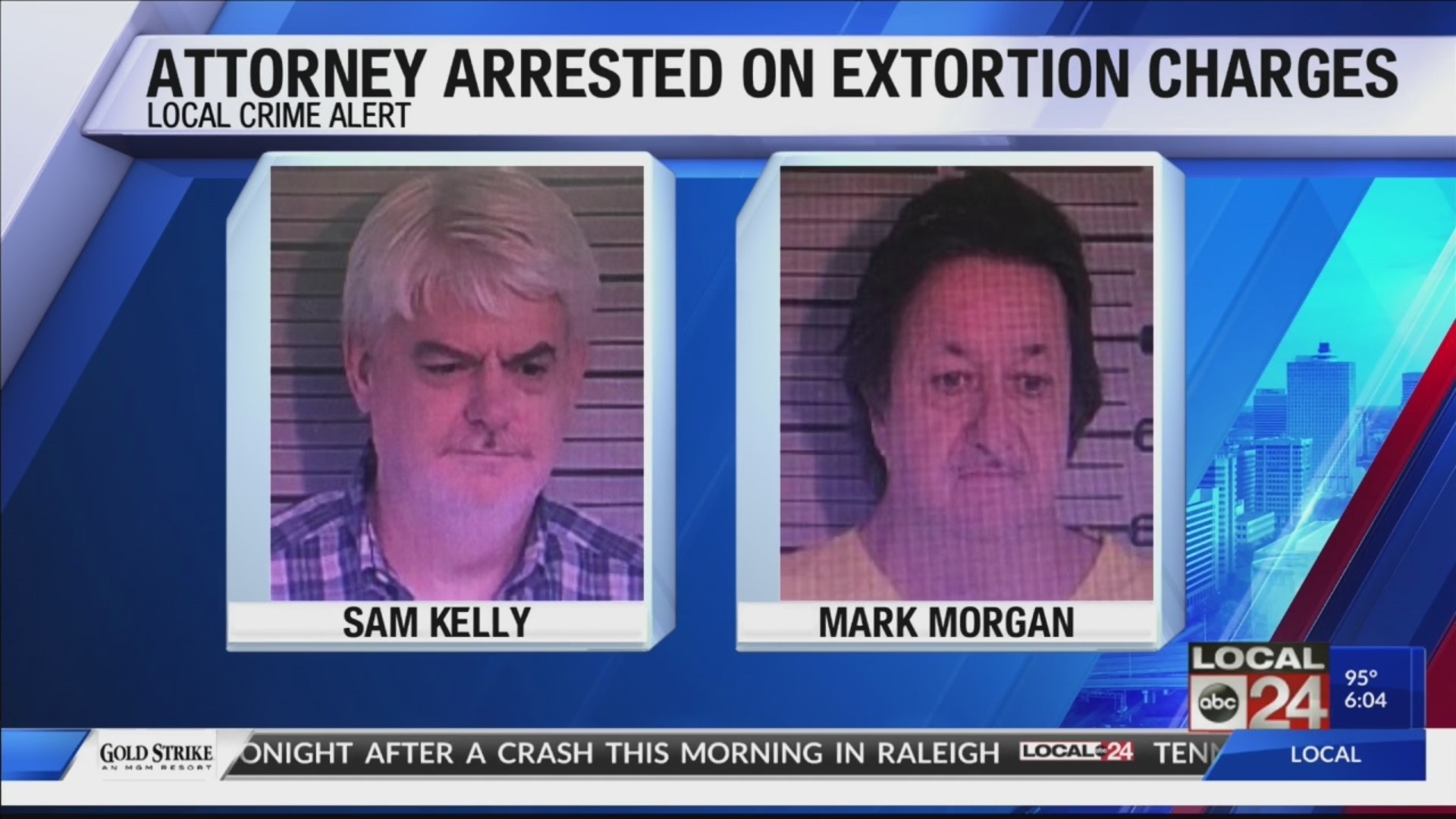 (TBI NEWS RELEASE) – An investigation by Special Agents with theTennessee Bureau of Investigation and investigators with the Dyer CountySheriff’s Office has resulted in the arrest of an attorney and another man,both from Dyersburg, on charges of Extortion.

At the request of 29th District Attorney General DannyGoodman, on Wednesday, the TBI joined an investigation of extortion reported tothe Dyer County Sheriff’s Office.  During the course of the investigation,Kelly Law Firm attorney Sam Kelly (DOB: 3/28/69) and Mark Morgan (DOB: 3/22/58)were identified as the people responsible for trying to extort money from anindividual in exchange for alleged information about an ongoing criminalinvestigation.  As part of the investigation, yesterday, Agents andinvestigators arranged a controlled meeting during which the victim andsuspects could exchange money for the alleged information.  Kelly andMorgan were taken into custody when they left the meeting with the money.

They Dyersburg Police Department and 29th Judicial DrugTaskforce assisted with the investigation.