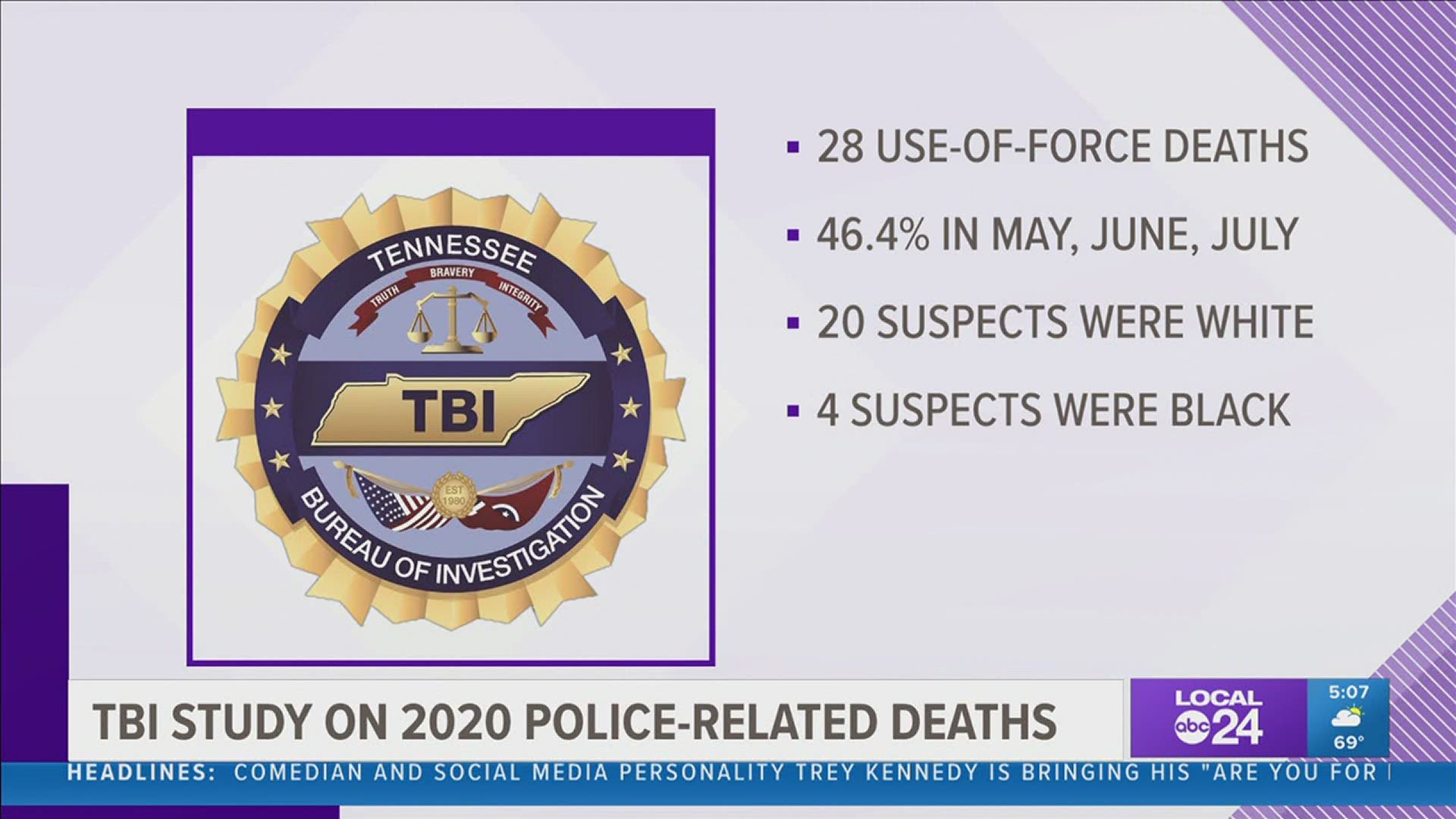 NASHVILLE, Tenn. — The Tennessee Bureau of Investigation has released its latest study looking at law enforcement-related deaths in the state in 2020.

According to the TBI, "the report uses established definitions and methodology and provides information qualifying incidents submitted by the state’s law enforcement agencies. Data has been divided into three categories: Deadly Use-of-Force Incidents, Arrest-Related Non-Forcible Deaths, and Deaths in Custody."

The report found in 2020, there were 28 deadly use-of-force incidents in Tennessee. More than 46% of those happened in the months of May, June, and July.

12 of the reported incidents happened along roadways, alleys, or sidewalks. Nine happened in residences.

You can find the full report on the TBI’s website HERE.