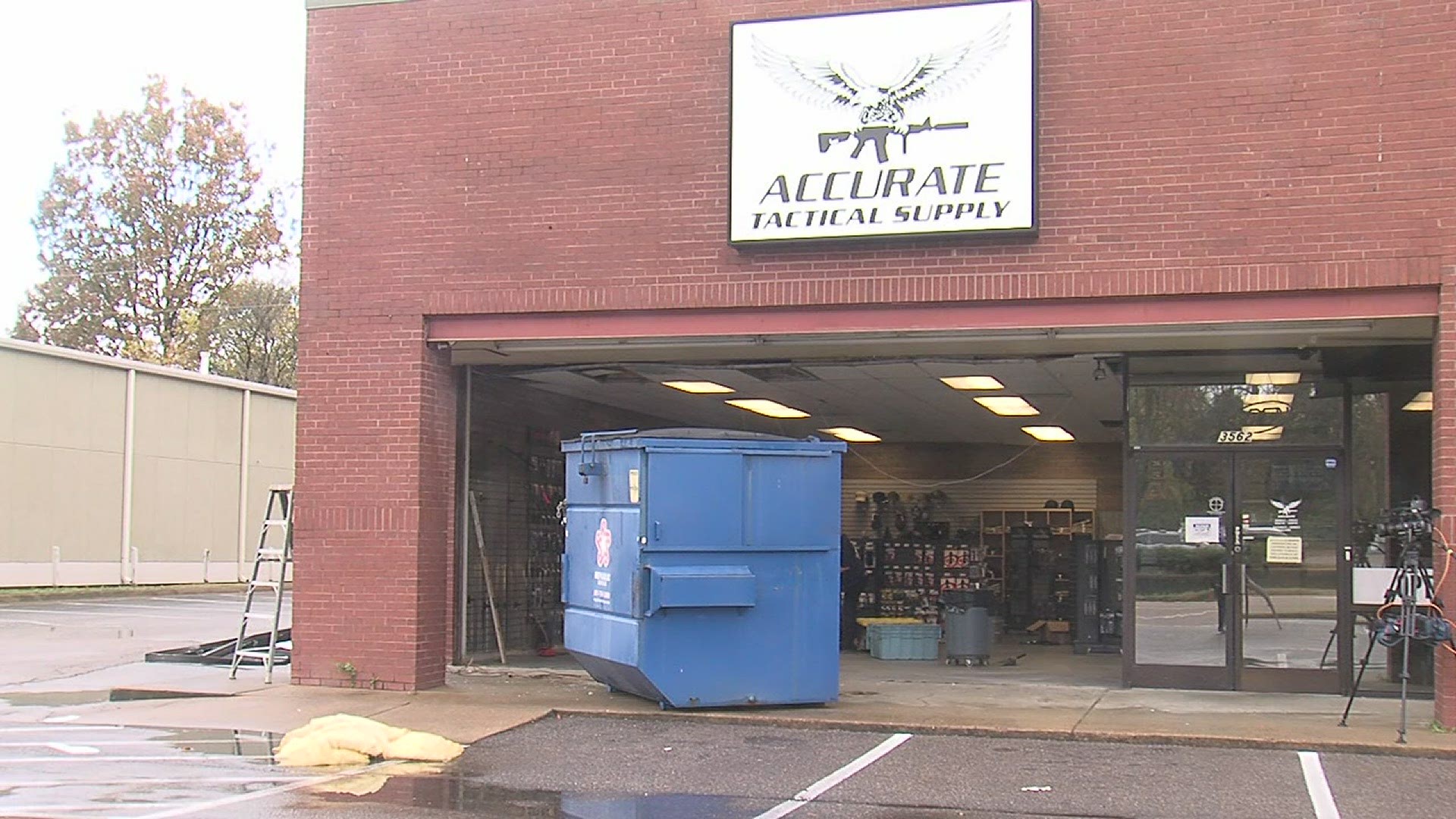 Police said Wednesday just before 2:30 a.m., officers responded to an alarm at Accurate Tactical Supply on Summer Avenue. They said video showed a Uhaul pickup truck backing into the front of the business and two suspects going inside.  As officers searched the business, they said they found the two teens trying to hide in a corner of a back room. They said one suspect had the keys to the Uhaul, and the other had a gun and was wearing a tactical vest taken from the business.

Officers found the Uhaul pickup with damage in the 3500 block of Forrest Avenue. Inside the truck, they found a blue training gun and empty Sig Sauer gun box taken from the business.

After contacting Uhaul, investigators said they found that the Uhaul office in the 1300 block of E. Shelby Drive had been broken into and the truck stolen.

The names and mugshots for the two teens have not been released.