The Tennessee Bureau of Investigation said the drugs are worth about $110,000. 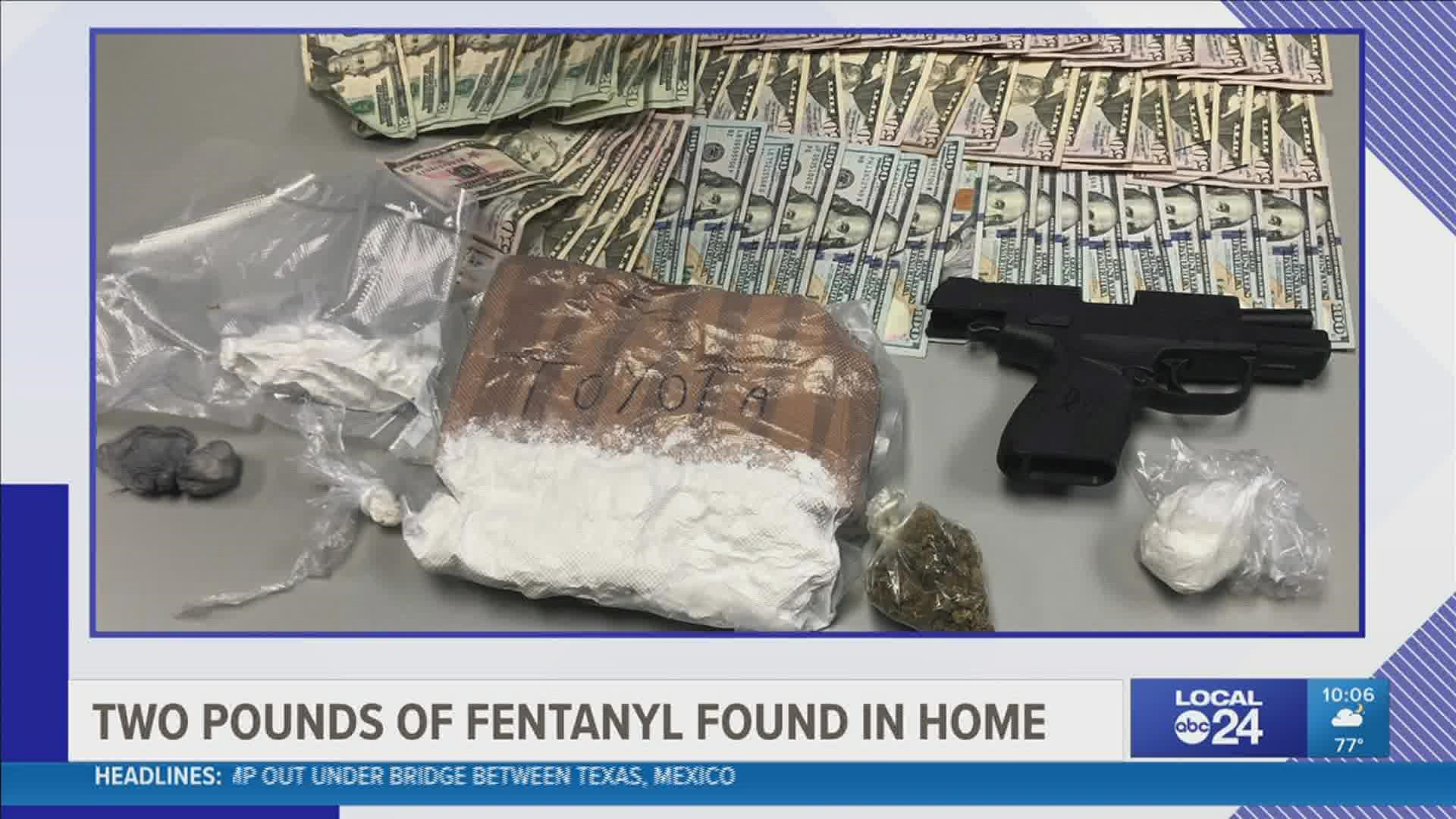 SHELBY COUNTY, Tenn. — A large amount of fentanyl was confiscated on Wednesday from a home in Cordova, leading to one arrest.

According to the Tennessee Bureau of Investigation, TBI agents and Shelby County Sheriff's Office deputies were sent to a home on Breezy Valley Drive. There, investigators said they brought in two pounds of fentanyl, an unknown white powder, a gun and cash.

"Last year, Tennessee experienced a significant increase in overdose deaths. Fentanyl or fentanyl in combination with other drugs was the primary culprit responsible for those deaths," said Darryl Richardson, assistant director of the TBI's Drug Investigation Division. "The health and safety of our Tennessee communities is a top priority for TBI, which is why we work tirelessly with our district attorney offices and local and federal partners to target drug traffickers such as this."

A joint investigation by TBI and @ShelbyTNSheriff leads to the arrest of Darius Harshaw and getting two-pounds of the deadly drug, fentanyl, off the streets.

The fentanyl is estimated to be worth about $110,000, investigators said.

"I am grateful for the opportunity to partner with agents from the TBI and the Memphis Homeland Security Investigation office," said Shelby County Sheriff Floyd Bonner Jr. "By working together, we are able to make a larger impact and remove these dangerous drugs from our community streets."

Harshaw was booked into the Shelby County jail with his bond set at $150,000.