Southaven Police said three people were arrested – two adults and one juvenile – after an overnight police chase from Southaven into Memphis. 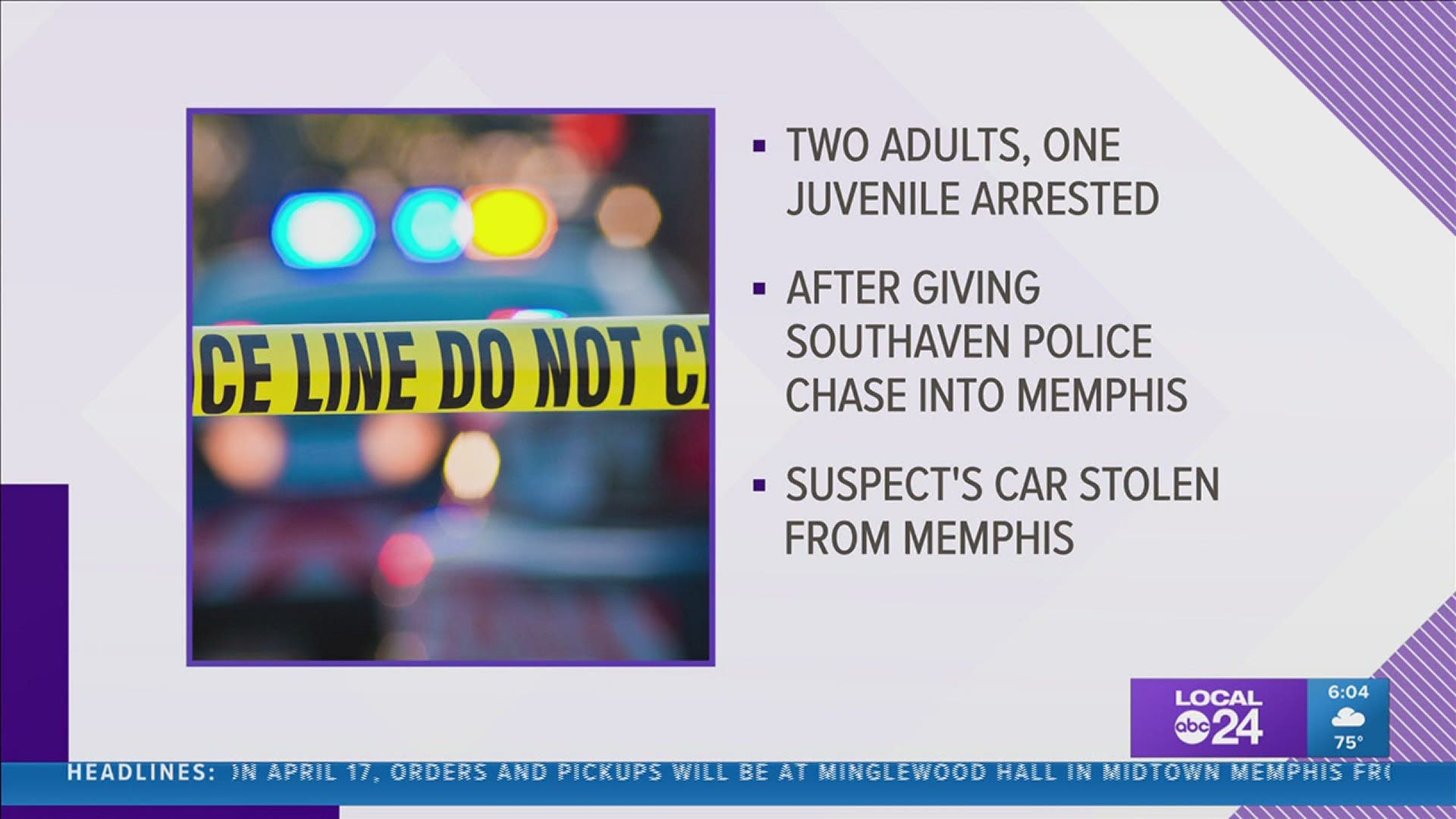 SOUTHAVEN, Miss — Southaven Police said three people were arrested – two adults and one juvenile – after an overnight police chase from Southaven into Memphis.

It all started about 1:00 a.m. Wednesday when Southaven police responded to a report of someone breaking into cars in the 800 block of Commerce. Responding officers spotted the suspect’s vehicle on Stateline near Tchulahoma and tried to stop it.

Investigators said the driver refused to stop and swerved into patrol car, causing the officer to hot a metal guard rail and disabling the patrol car.

The chase continued into the Fairley Park area of Memphis near Howard Drive and Vickie Drive. Investigators said the driver drove off road into a park, and the suspects bailed out of the car and took off running.

One of the suspects was arrested right away. The other two were eventually captured, and Memphis Police were called in to help.

Investigators said several stolen firearms were found in the suspect’s car, which has also recently been stolen in Memphis. They said at least 21 vehicles had been broken into at the Commerce site.

In total, three subjects were taken into custody for multiple charges. Two were adults, and one was a juvenile.

22-year-old Devante Abston of Memphis is charged with Auto Burglary, Felony Fleeing, Aggravated Assault, Conspiracy to Commit a Crime-Felony, Receiving Stolen Property- Felony, and Possession of a Stolen Firearm. He also has an outstanding warrant in Southaven for auto burglaries about a month ago.

18-year-old Jamal Moore of Memphis is charged with Auto burglary and Conspiracy to Commit a Crime- Felony.

The name and charges for the juvenile were not released.

Crime Stoppers
The DeSoto County Crime Stoppers needs you to join with local law enforcement and the news media in the fight against crime. Crime Stoppers provides a forum for residents to provide any information that may be helpful to the police in solving / preventing crimes, apprehending criminals, recovering stolen property, or fighting the war on drugs.