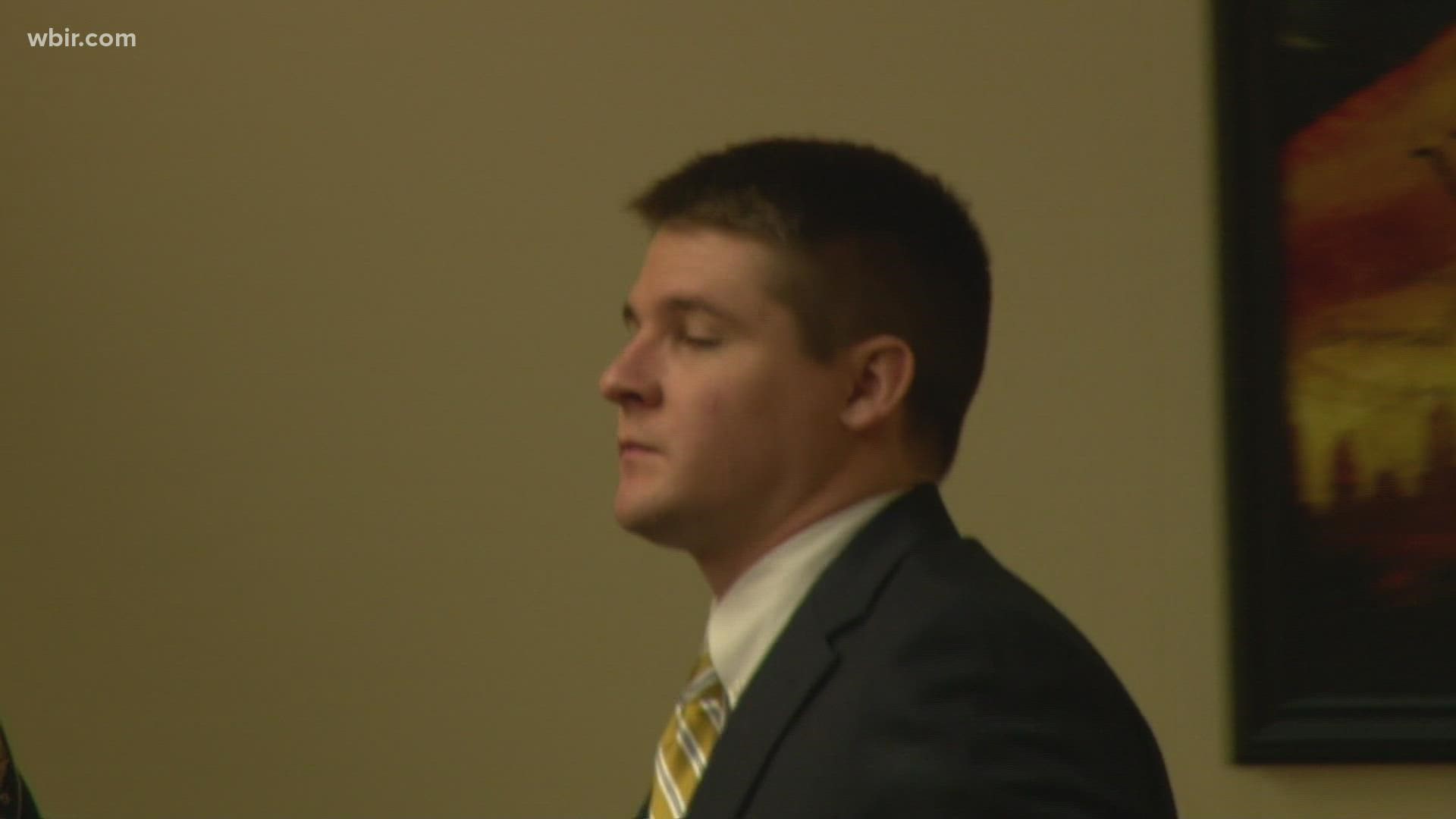 KNOXVILLE, Tenn. — EDITOR’S NOTE: This article has been updated to clarify that the shooting occurred in a parking lot adjacent to Billiards and Brews.

Landon Hank Black, the man accused of shooting and killing 30-year-old Brandon Lee in a parking lot adjacent to a west Knoxville bar in late December 2020, has been convicted of second-degree murder.

A jury deliberated late into Friday night and returned a verdict around 10 p.m.

Black was found guilty of a lesser offense after the state had originally sought a first-degree murder conviction. Black is scheduled to face sentencing before Judge Steve Sword on December 13.

In court last week, there was no doubt Black shot and killed Lee about 2:20 a.m. Dec. 27 in a parking lot adjacent to Billiards and Brews.

The question was, Why?

It was because he'd been set off by seeing Lee flagrantly flirting with his cousin's ex-girlfriend at Billiards & Brews and because another man had confronted Black after Black put his hands on that very same drunken woman moments before leaving the bar, Allen said.

Defense attorney Chloe Akers, however, told jurors the state's theory was all wrong. Black, sitting in his cousin's borrowed Ford with a gun handy, shot Lee once in the heart after Lee suddenly threatened him after they'd both left the bar at almost the same moment, she said. It was simply self-defense, Akers said.

Black, a few days shy of his 25th birthday, and Lee, 30, were strangers to each other until that night.

Black had shown up at Billiards & Brews, which had been in repeated trouble with the city of Knoxville for failing to honor a COVID-19-imposed curfew, with cousin Taylor Hodge and Hodge's date.

Lee, an Iowa native, was working as a machinist and had just bought a house in Fountain City, according to Allen. He'd gone to Billiards & Brews with his roommate and two other people.

During a more than 90-minute opening statement, Allen told jurors they'd hear from various people who went to the bar that night, starting about 10 p.m. Dec. 26.

But he told them they also would be viewing lots of security video -- from three cameras inside Billiards & Brews as well as two cameras positioned in the parking lot outside the Unicorn Drive business.

The video, Allen said, would show that Black became agitated and confrontational as a result of his cousin's former girlfriend showing up and becoming flirty with Lee.

Then, as the night was coming to an end about 2:15 a.m. Dec. 27, he would be triggered by being "punk'd" by a bar patron who insulted him as he was confronting the drunken ex-girlfriend.

When the abusive bar patron was shown the door, Black headed out another exit for his cousin's car, drove back into the Billiards & Brews parking lot and as he rounded a line of cars suddenly came upon Lee in his headlights.

Lee was walking to his nearby truck, the prosecutor said, when he suddenly had to face the car. He cursed and faced Black sitting in the driver's seat, throwing up a hand and then letting it down, Allen said.

In a split second, Black fired one shot that hit Lee in the heart and caused him to fall down dead.

Black then tried to get Hodge to ride with him in the car, and when Hodge declined, he drove off. The next day, Hodge told authorities, Black acknowledged he'd shot Lee in the parking lot and had recognized him from their time in the bar, Allen said.

Within days he was heading to California, where he stayed until U.S. marshals took him into custody in Los Angeles about a month later and brought him to face a murder charge in Knoxville.

Akers, part of attorney Don Bosch's legal team, told jurors the state had skipped over some details and exaggerated or mischaracterized other moments from that night at Billiards & Brews.

Lee, she said, confronted Black after having been drinking all night and just ingesting cocaine. Lee, she said, had a weapon in his hand when he faced Black in the parking lot.

Black reacted after seeing the weapon in his face as a means of protecting his own life, she said.

In this trial, Akers told jurors, "the state of Tennessee got this one wrong, all wrong."