Memphis Police say the mother got into an argument with staff members of the daycare. 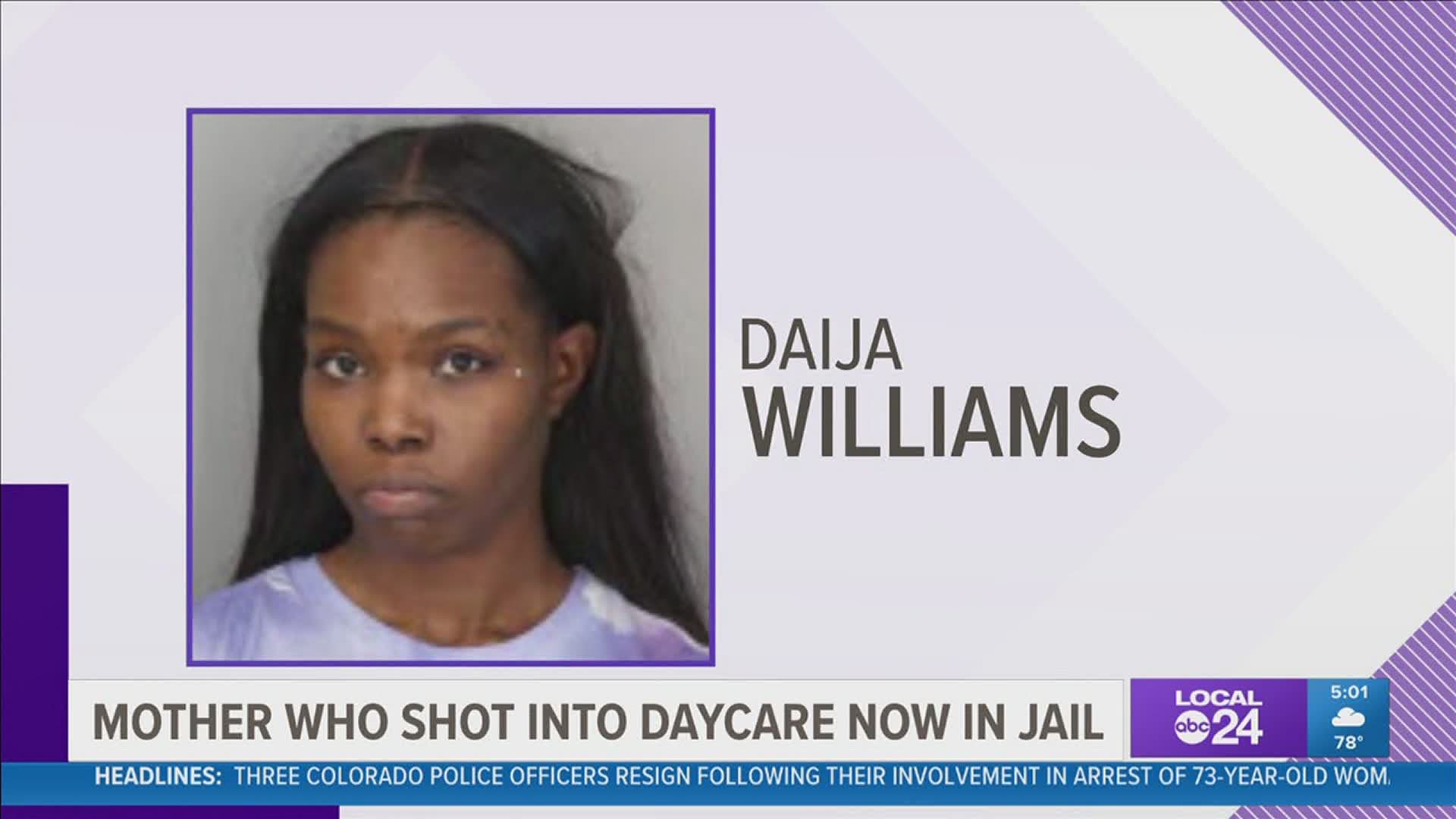 MEMPHIS, Tennessee — UPDATE 4/30/2021: The Memphis mom accused of firing a gun at the front door of a Memphis daycare is behind bars.

Daija Taylor (aka: Daija Williams), 26, was taken into custody Thursday and charged with two counts of attempted murder, employing a firearm with intent to commit a felony and 63 counts of reckless endangerment.

According to court documents, Memphis police officers responded to the shooting at La Petite Academy on New Allen Road Tuesday around 8:39 p.m.

An employee of the daycare told officers that Williams came to pick up her child who attends the daycare.  After putting her child in her vehicle, the employee said Williams returned to the building with a handgun, hitting the front door with the gun.  After hitting the glass, she then fired one shot into the door, while an employee was holding the door closed.

After getting into an argument with daycare workers, a Memphis mom shot the front door of a Raleigh daycare Tuesday, Memphis Police say.

According to Memphis Police, Daija Taylor (aka Daija Williams) is the parent who fired a shot into the La Petite Academy located at 4125 New Allen. She then took off in a black Nissan south on Old Allen towards Hawkins Mill. No one was hurt.

Daija Taylor is wanted for two counts of Criminal Attempt First Degree Murder, 63 counts of Reckless Endangerment, and Employment of a Firearm During the Commissions of a Dangerous Felony. If you know where she is, call Memphis CrimeStoppers at 901-528-CASH. You could earn a cash reward.