Local law enforcement announced that they have investigated an unusually high number of child murders cases this year. 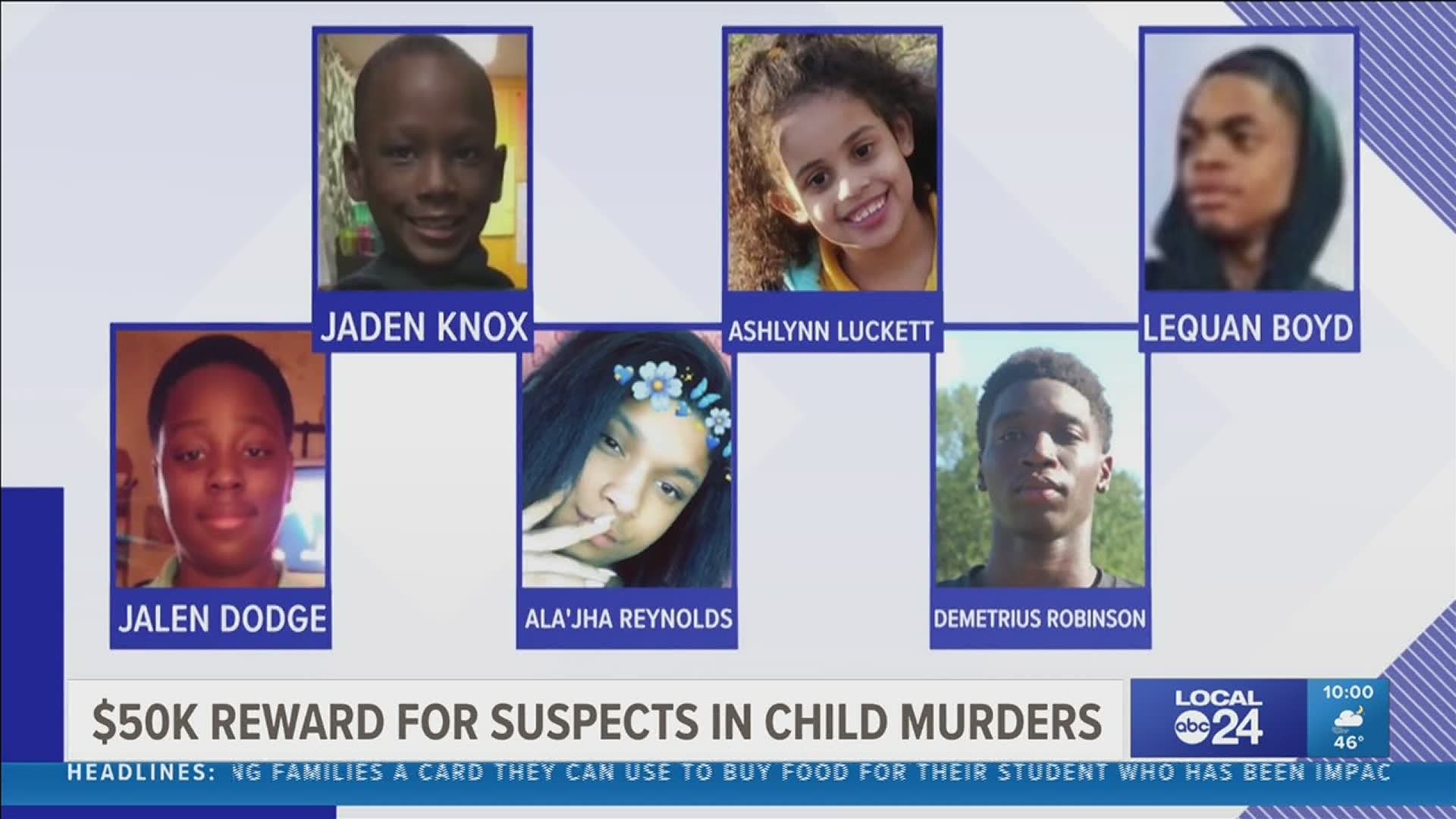 MEMPHIS, Tennessee — It's a type of pain no family should have to feel, but too many Memphis families are losing a child to violence.

And far too many of those cases are going unsolved. So, U.S. Marshals are now offering up to $50,000 in reward money for information on the murders of eight children.

“We’re asking your help in finding some of the most heinous criminals in the city of Memphis,” said U.S. Marshal Tyreece Miller. “We don’t know their names but we know their victims.”

“We can’t bring their babies back but we can bring their killers to justice with your help,” said Miller.

U.S Marshals announced reward money for information that leads to the identification and apprehension of suspects who have murdered children in Memphis.

“The fact that the police director and the U.S. Marshals Service and I have to gather here today and offer money for someone in this community to step up and do the right thing is disturbing,” said District Attorney Amy Weirich.

Between January and September of this year the Memphis Police have a sobering number of child murder cases.

“Suspects have been arrested or identified in 14 of these child-related murders but 8 remained unsolved,” said MPD Director Mike Rallings.

Law enforcement officials are now pleading with the public to step forward with any information that could finally help the victims’ families find closure.

“One of these victims was in her home playing a video game,” shared Weirich. “What every little girl should have the right to do in Shelby County.”

U.S. Marshals Service will pay up to $5,000 for each of the seven murders. The information must lead to the suspect or suspects' arrest, as part of the ongoing Operation LeGend.

Rallings emphasized that when you call in a crime tip, it’s anonymous.