39-year-old Dawn Suggs, who had been in jail for burglary, is caught again. 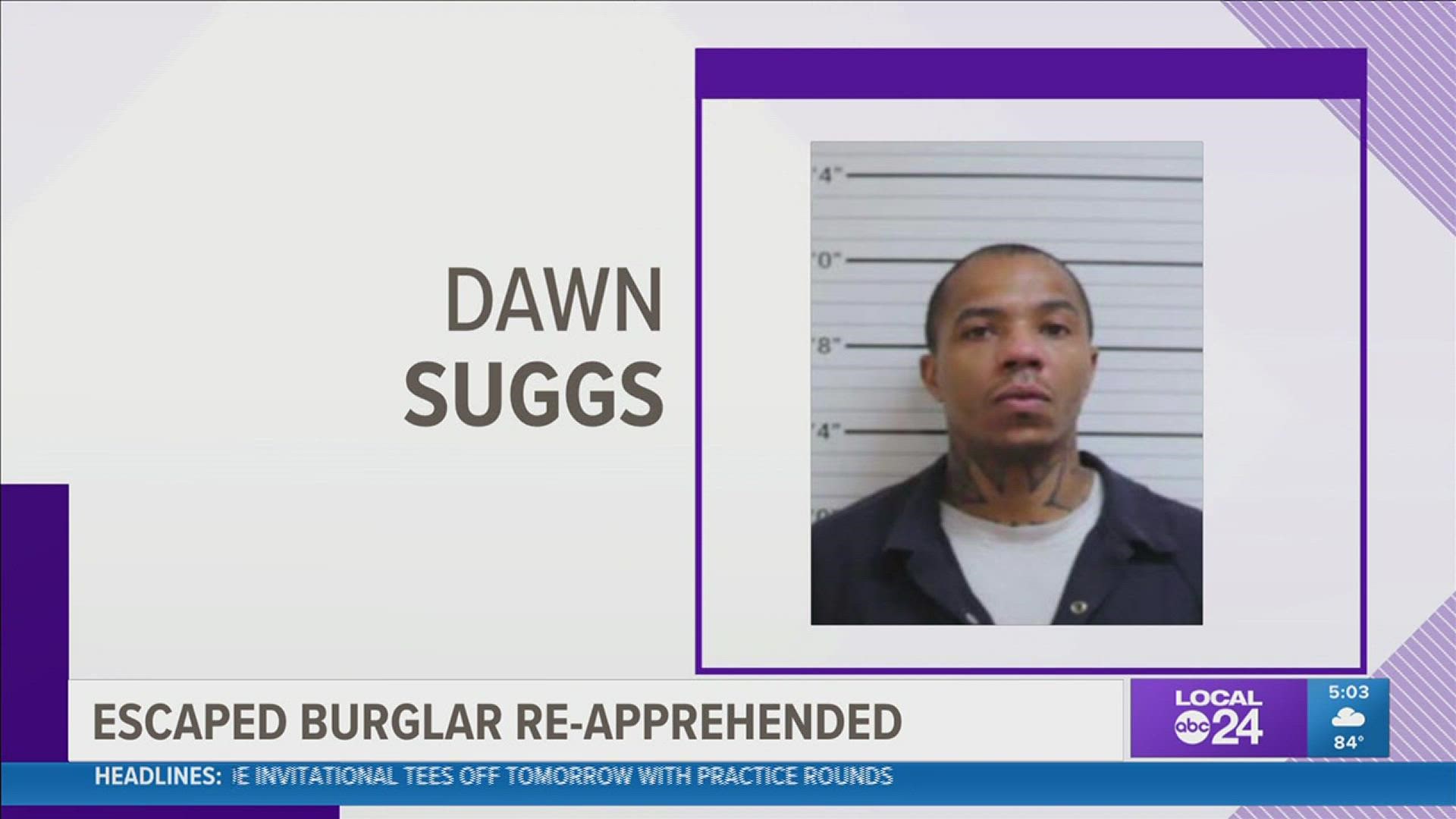 MEMPHIS, Tenn. — UPDATE: Dawn Suggs, who had escaped Saturday morning, is in custody after being caught Saturday night near the West Memphis Petro Truckstop.

The search is on for an inmate who escaped while at Regional One in Memphis.

The Shelby County Department of Corrections said 39-year-old Dawn Suggs was taken to Regional One and early Saturday morning, just before 4:00 a.m., he ran from the hospital.

Suggs was last seen running north from the hospital, dressed in a hospital gown, blue jeans (SCDC logo on leg), white socks, and blue tennis shoe loafers in his hands.

Suggs was serving a three-year sentence that began April 8, 2020 for burglary. His sentence was set to end October 28, 2022.

Anyone with information on Suggs location is asked to call 911 immediately. You can also call Crime Stoppers at 901-528-CASH.